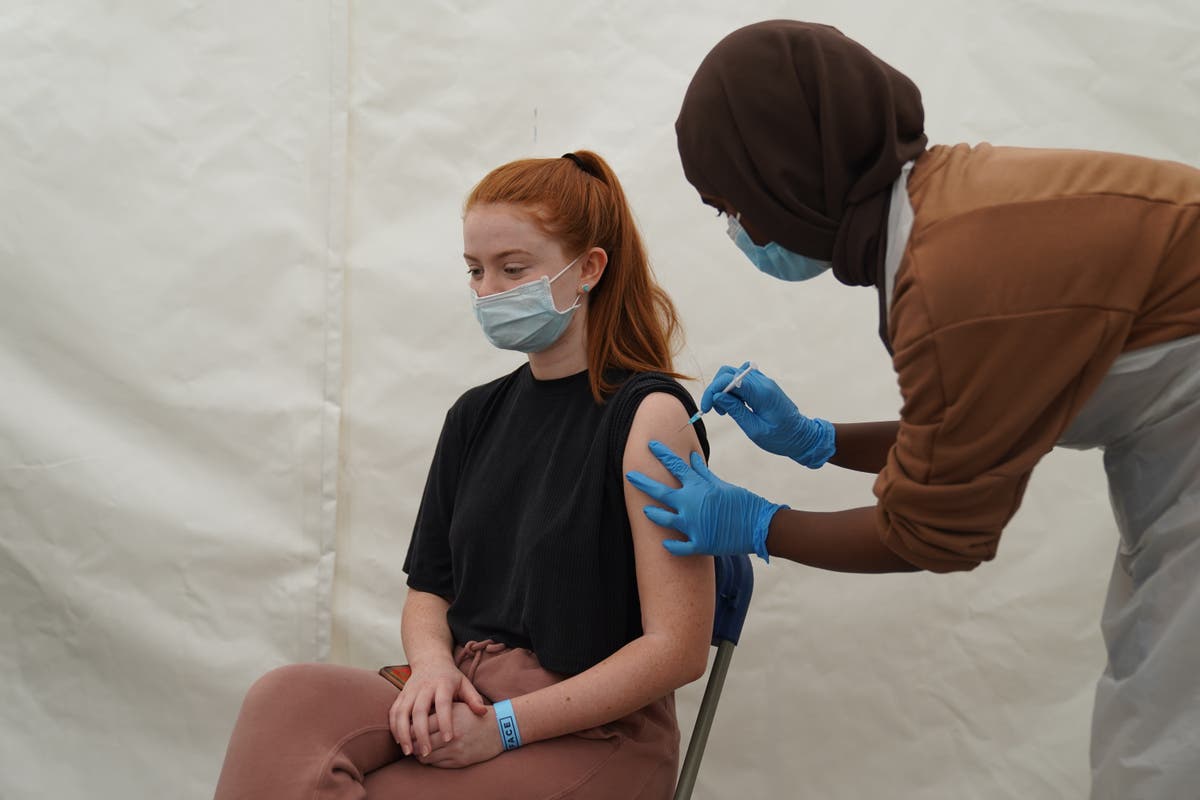 Young Londoners are least likely to be jabbed

Young adults in London are less likely to have come forward for a Covid vaccination than anywhere else in the country, it can be revealed.

The capital has the lowest take-up rates nationally among the 18-24 age group and those aged 30-34, according to an Evening Standard analysis of the latest NHS England data.

More than a third of London adults under 25 remain unvaccinated, with take-up lowest among young men, in black and ethnic minority communities and in boroughs such as Islington, Hackney and Haringey, according to the capital’s public health chief. Professor Kevin Fenton warned that young people were ending up in hospital — including in intensive care — and said the reason they would feel “pressure” to get the jab was because it was the main way to reduce death and end the pandemic.

It came as health chiefs hope a pop-up vaccination clinic at Heaven nightclub, near Charing Cross station, from 12-9pm on Sunday, will lead to a breakthrough in encouraging younger Londoners to have their first jab.

*  Imperial College professor of immunology Danny Altmann said jabs should be offered to younger teenagers “down throughout secondary school” to minimise the small risk of severe or long Covid. Earlier this week, the Government approved first Pfizer jabs for all 16 and 17-year-olds.

*  Government minister Alok Sharma, who is heading the COP26 climate change conference being hosted by the UK later this year, was criticised for flying to 30 nations in seven months and not quarantining on his return.

*  A total of 92 per cent of adults said they continued to wear face masks when outside their home, down from 95 per cent the previous week, the Office for National Statistics reported.

*  Scientific adviser Professor Clifford Stott, of Keele University, said the Government’s decision to axe the rules on compulsory mask-wearing was “communicating that transmission no longer matters”.

London’s “night czar” Amy Lamé told the Standard that the Heaven pop-up clinic would be “the first of several” such events, and that there were plans to use “various nightclubs around London” as vaccination centres.

By the end of Sunday, just over 1.6 million Londoners aged 18 to 34 had received their first jab, and almost 770,000 had received both doses.

However, only 62.7 per cent of Londoners in the 18-24 age cohort had been vaccinated, compared with 67.9 per cent nationally. In the 30-34 cohort, take-up in London was also the worst in the country, at 72.4 per cent, compared with a national average of 80 per cent.

Only in the 25-29 age group was London ahead of the national average, with 72.3 per cent having had a first dose.

Professor Fenton told a council jabs webinar the number of vaccines given to Londoners under 25 was increasing “slowly but surely”. He said: “Our rates of coverage are lower than other regions in the UK. We currently have coverage of about 63-64 per cent of our young people aged 18-24. Most Londoners are under the age of 40. A lot of Londoners are [only] now getting the vaccine. That is why we are racing to ensure everybody is covered as well as possible.”

But he said the roll-out was being hampered by three key issues — misconceptions about vaccine safety, marginalisation of communities and the “fear of the unknown”, such as fertility concerns. He said he was personally encouraging his nieces and nephews to get vaccinated, and warned of the dangers of long Covid and the higher risk of unvaccinated people ending up in hospital. “We are seeing a lot of young people in hospital and in ICU with Covid at the moment. It’s a much more severe disease than the flu,” he said.

“When we think about ending the pandemic, it’s about vaccination… I think we will live with Covid for some time, in the same way we do with flu. But in order to reduce death we will need to have the vaccine.

“Yes, it may feel as if there is a pressure now, and it’s all about getting the jab, but we have been on this journey for many months now. Now is the time to really ensure that everybody over 18 gets it.” Amanda Pritchard, the new chief executive of NHS England, yesterday revealed that one in five people being admitted to hospital with Covid was aged 18-34.

Today the Government launched a billboard and social media campaign, promoted alongside the nightclub and live music industries, to boost flagging take-up rates. Only 4,766 Londoners came forward on Wednesday for their first jab. From September, people will be required to have had two to enter nightclubs and other large-scale events.