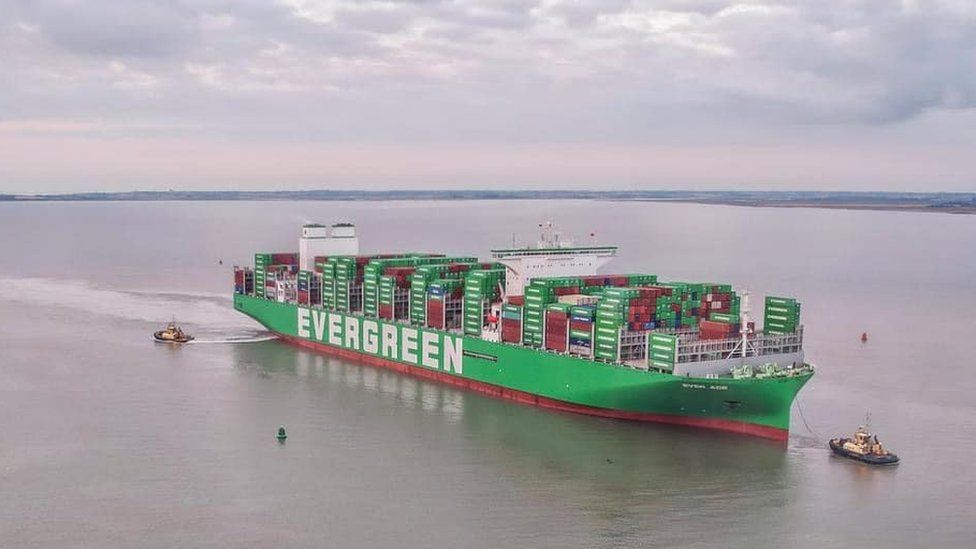 A container ship said to be the largest in the world has arrived in the UK.

The Ever Ace docked in Felixstowe, Suffolk, early on Sunday morning on her maiden voyage.

She is due to leave for Rotterdam on Wednesday before she crosses the Suez Canal, which was blocked by her sister ship in March. 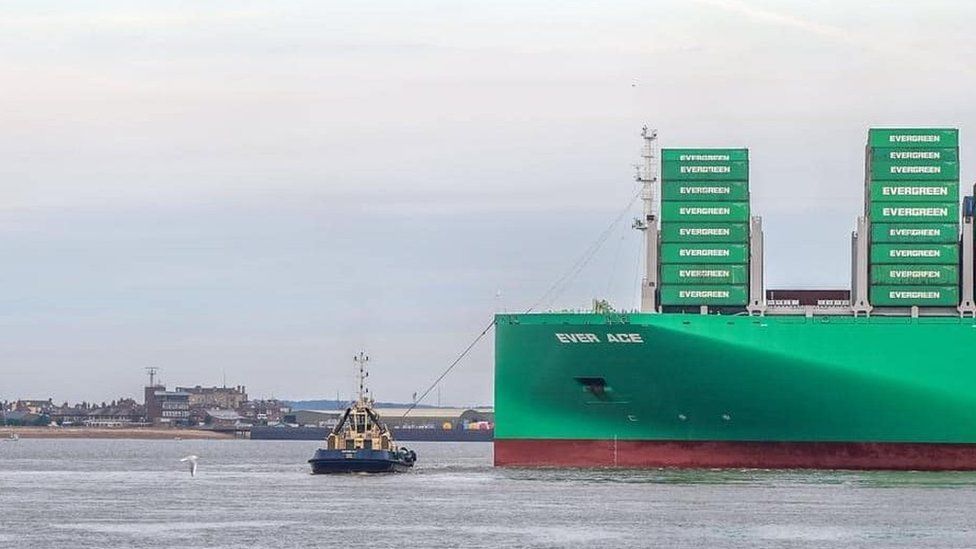 The Ever Given ran aground earlier this year and was stuck in Egypt for nearly a week, causing disruption to global shipping, before itself arriving at the Suffolk port last month.

The Ever Ace is the first in a planned series of 12 supersized container ships to be built for Taiwanese company Evergreen Marine. 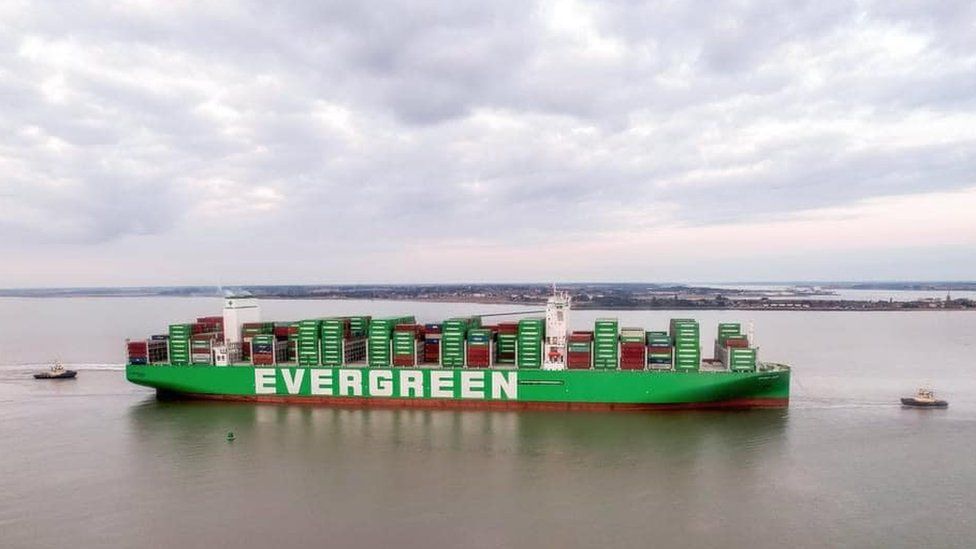 How does Ever Ace measure up? 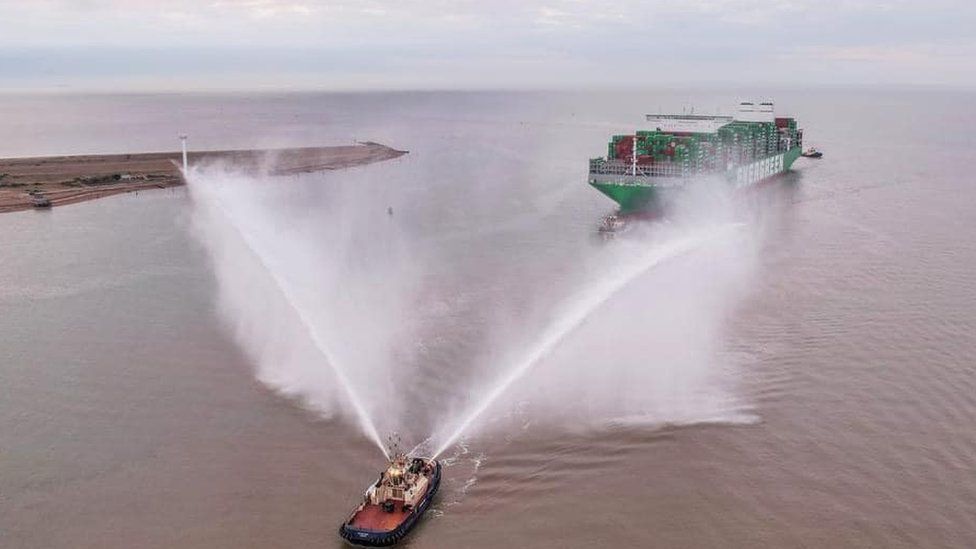 Felixstowe is no stranger to big ships, having welcomed the MSC Gulson two years ago, which is almost identical in size to the Ever Ace but said to carry 28 fewer containers.

The latest giant arrival docked in Suffolk from Hamburg after leaving China in August.