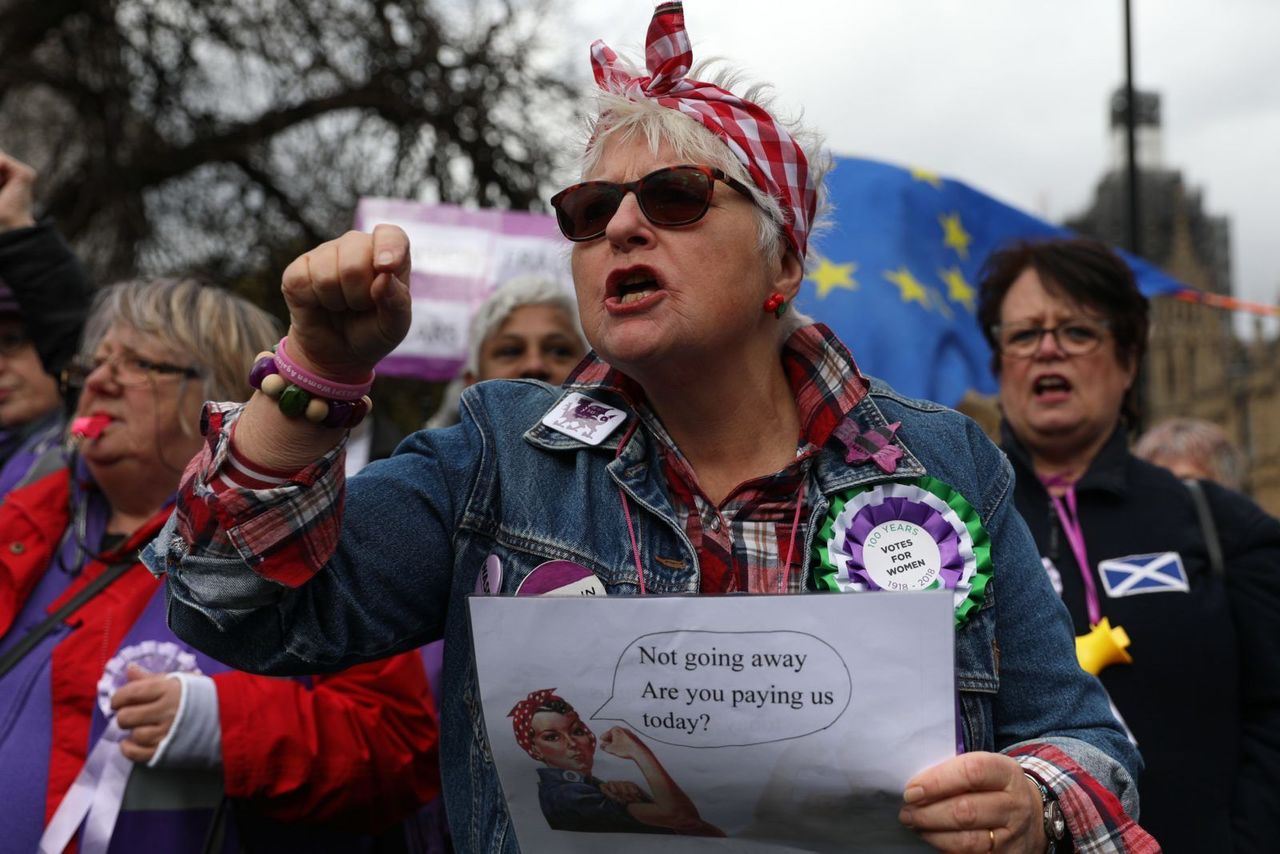 Government officials were too slow to tell many women they would be affected by the rising state pension age, the Parliamentary Ombudsman has ruled.

The finding brings the prospect of compensation closer for thousands of women born in the 1950s who have long been furious about the issue.

It marks a significant victory for the Waspi (Women Against State Pension Inequality) campaign.

However, the ombudsman has no power to refund "lost" pensions. 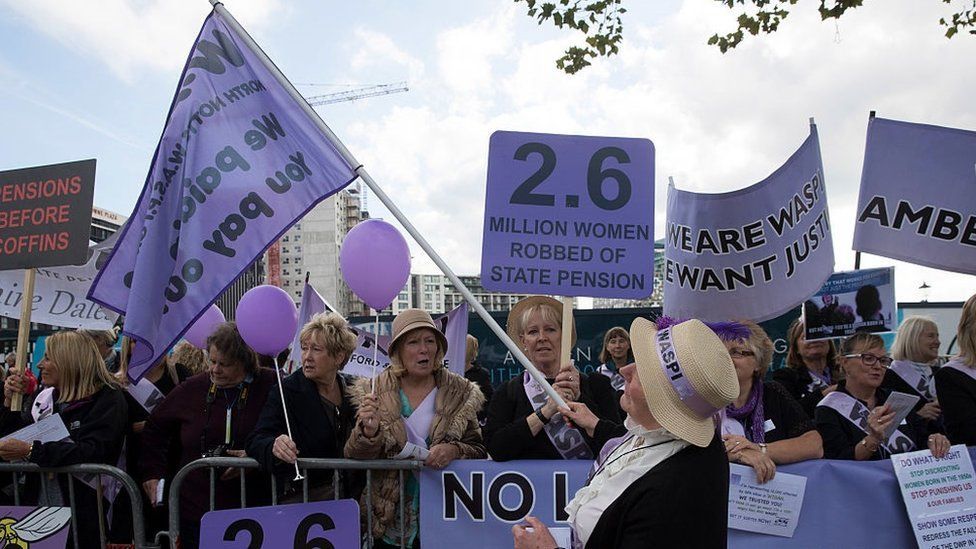 It is also unable to recommend that anyone receive their state pension any earlier than the current law allows.

Angela Madden, who chairs the Waspi campaign, said: "The findings reinforce what we, unfortunately, knew all along; that the DWP failed to adequately inform 3.8 million 1950s-born women that their state pension age would be increasing.

"These women have been waiting for many years for compensation. We cannot wait any longer. We are calling on the government to agree fair and adequate compensation rather than allow what has become a vicious cycle of government inaction to continue."

The age at which people receive the state pension has been increasing as people live longer, and currently stands at 66 for men and women.

The increases have been controversial. Campaigners claim women born in the 1950s have been treated unfairly by rapid changes and the way they were communicated to those affected.

Many thousands said they had no idea they would have to wait longer to receive their state pension, and had suffered financial and emotional distress as a result. 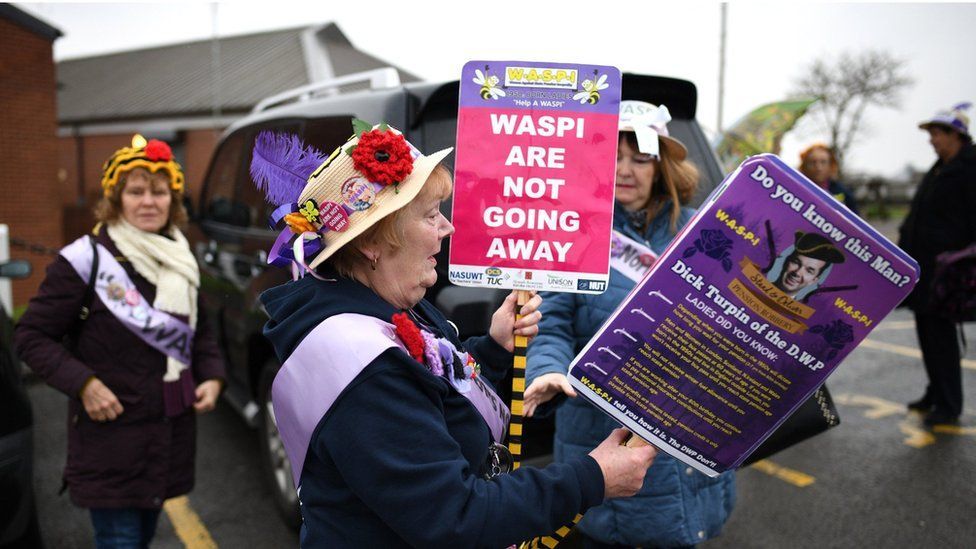 The ombudsman's initial finding of maladministration by the Department for Work and Pensions (DWP) centres on a delay in providing direct information to this group of women.

While some women were aware of the general policy change, they did not know it would affect them personally.

The ombudsman said that letters should have been sent directly to these women more than two years earlier than they were. For some, the delay was much longer.

"We have found that DWP failed to act quickly enough once it knew a significant proportion of women were not aware of changes to their state pension age," said Amanda Amroliwala, chief executive of the Parliamentary and Health Service Ombudsman.

"It should have written to the women affected at least 28 months earlier than it did. We will now consider the impact of these failings, and what action should be taken to address them."

Ms Madden, from Waspi, said the DWP's own research showed that women were not sufficiently aware of the changes "yet they failed to act".

"This inaction had devastating and life-altering impacts on women across the country," she said. 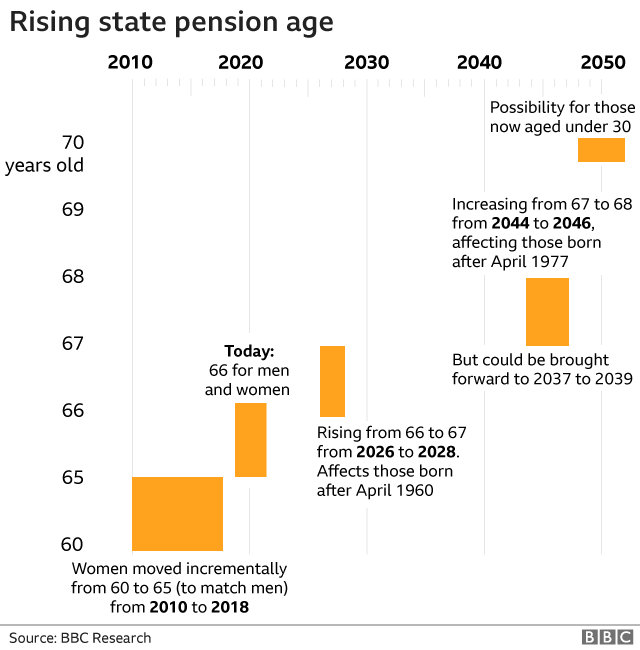 The ombudsman considered six sample cases, but said the DWP should apply any subsequent recommendations to all of those affected.

Campaigners have called for the state pension age for women affected to be returned to 60, and for these women to be refunded the pensions they had "lost" owing to the changes.

The ombudsman has no power to do so, but it can recommend compensation is paid to those affected by the DWP's maladministration.

There is no timeline for the remainder of its investigations, but it is planning to move as quickly as possible.

It is unable to recommend any change in policy, which could have brought much larger sums in compensation. A series of court decisions found in favour of the government in terms of the changing pension age itself.

A DWP spokesman said: "Both the High Court and Court of Appeal have supported the actions of the DWP, under successive governments dating back to 1995, and the Supreme Court refused the claimants permission to appeal.

"In a move towards gender equality, it was decided more than 25 years ago to make the state pension age the same for men and women."