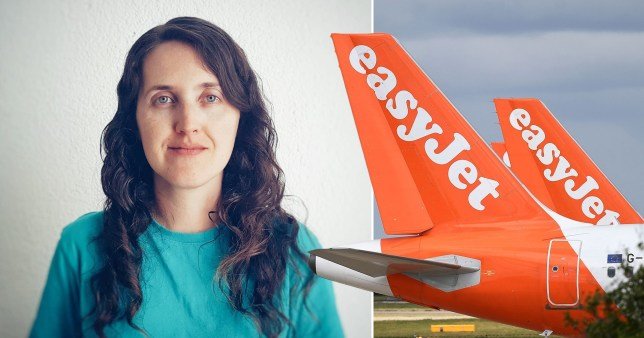 'It was the first time in my adult life that I was discriminated against for being a woman.'

A woman is suing easyJet after she was asked to move seats twice when two men refused to sit next to a female passenger.

Melanie Wolfson, who is British-Israeli, is claiming 66,438 shekels (nearly £15,000) compensation from the low-cost airline for her experience on a Tel Aviv to London flight, which she says left her feeling ‘insulted and humiliated’.

She told Haaretz: ‘It was the first time in my adult life that I was discriminated against for being a woman.’

The lawsuit states Ms Wolfson boarded the flight last October and sat in her aisle seat, which she had paid extra for.

An ultra-Orthodox Jewish man and his son were already in the row, and asked her to trade places with a man sitting a few rows ahead.

She refused their request, as she disagreed with them asking her to move purely because of her gender: ‘I would not have had any problem whatsoever switching seats if it were to allow members of a family or friends to sit together, but the fact that I was being asked to do this because I was a woman was why I refused.’

According to Ms Wolfson, a flight attendant then intervened and offered her a free hot drink as an incentive to move.

Despite her previous refusal, she then became concerned that this would hold up the flight. Feeling as if she didn’t have a choice, she agreed and changed seats.

‘It was the first time in my adult life that I was discriminated against for being a woman.’

‘It was the first time in my adult life that I was discriminated against for being a woman.’

‘What was even more infuriating was that there were passengers watching this happen who said nothing,’ she added.

The suit also mentioned that flight attendants told her that it was common practice in the airline to ask women to switch seats in order to accommodate ultra-Orthodox men.

A month after the flight, Ms Wolfson, who moved to Israel 13 years ago, filed an official complaint with easyJet noting that asking her to move because of her gender was a violation of anti-discrimination laws.

On another flight with the airline, two months later, she again was asked to move seats by two men on the aircraft. Although she refused to move, two women from another row agreed to swap with the men and took their seats.

She stated that in this incident, flight attendants did not intervene or try to defend her right to stay in her seat. After a second complaint made to the airline failed to get a response, Ms Wolfson moved forward with legal action.

As well as compensation, she is also asking easyJet bans its cabin crew from asking women to switch seats because of their gender.

Ms Wolfson’s lawsuit has been filed on her behalf by the Israel Religious Action Center. The organisation was successful with a similar case in 2017 brought against El Al, the Israeli national carrier.

In a statement, easyJet said of the situation: ‘We take claims of this nature very seriously.

‘While it would be inappropriate to comment, as this matter is currently the subject of legal proceedings, we do not discriminate on any grounds.’