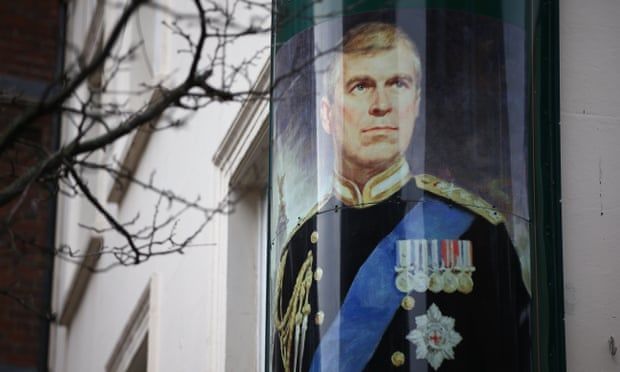 Virginia Giuffre’s lawyers seek her statement to counter the royal’s insistence he has never met their client or visited the club
A woman who may have seen Prince Andrew with Virginia Giuffre at a London nightclub 20 years ago is “willing” to provide testimony in Giuffre’s civil lawsuit against the royal, whom she accuses of sexual abuse, the witness’s lawyer said.

“I am proud to represent Shukri Walker, who has bravely stepped forward as a witness and encourages others who may have information to do so as well,” the lawyer Lisa Bloom said in an email.

“She is willing to do the deposition Virginia Giuffre’s team is seeking.”

Giuffre, now 38, maintains that at age 17 she was coerced into having sex with the prince, by his associates Jeffrey Epstein and Ghislaine Maxwell. Andrew emphatically denies all allegations of misconduct.

Epstein, a convicted sex offender and financier, was arrested in July 2019 on charges of sex trafficking girls as young as 14. He killed himself in a Manhattan jail a month later, while awaiting trial.

In New York in December, Maxwell, now 60, was found guilty of sex trafficking and related counts, for bringing girls to Epstein for him to sexually abuse.

Giuffre’s lawyers noted that Walker has said she saw the royal “with a young girl around the time that plaintiff contends Prince Andrew abused her in London after visiting Tramp Nightclub”.

They added: “Because Prince Andrew has denied ever meeting plaintiff or being at Tramp Nightclub during the relevant time period, Ms Walker’s testimony is highly relevant.”

Walker’s willingness to cooperate is not a surprise. Bloom, who has represented several Epstein victims, previously told the Guardian: “My client says she was there and she remembers the night clearly because she never saw a royal before or since.

“She says Prince Andrew was happy, smiling and dancing, and Virginia did not look happy. My client was a trafficking victim herself and wants everyone to know that sex trafficking is real, ongoing and devastating.”

Bloom has also said she has given “the FBI all the details of my client’s story for further investigation”.

Olney’s name, the lawyers said, “appears in publicly available copies of Epstein’s phone book”. Giuffre’s lawyers said they want to ask Olney about “any communications with or regarding plaintiff” and about Andrew’s travel to New York City and “to or from any of Jeffrey Epstein’s homes”.

The request for assistance came several days after Kaplan refused to dismiss Giuffre’s civil lawsuit against Andrew. The prince’s lawyers argued unsuccessfully that Giuffre’s 2015 settlement with Epstein protected him from her suit.

The $500,000 settlement featured a section stating that “second parties and any other person or entity who could have been included as a potential defendant [are protected from] all, and all manner of, action and actions … including state or federal, cause and causes of action”.

Andrew, however, was not mentioned.

The prince has suffered repercussions from Giuffre’s litigation and from intensifying scrutiny over his connections to Epstein and Maxwell.

Buckingham Palace said in a statement on Thursday: “With the Queen’s approval and agreement, the Duke of York’s military affiliations and royal patronages have been returned to the Queen. The Duke of York will continue not to undertake any public duties and is defending this case as a private citizen.”

Recent court filings in Giuffre’s now-settled lawsuit against Maxwell have shown that more information might soon be unsealed. In a 12 January filing, an attorney for Maxwell said she was withdrawing her opposition to the unsealing of names mentioned in Giuffre’s litigation, men currently referred to as “John Does”.

“After careful review of the detailed objections submitted by Non-Party Does 17, 53, 54, 55, 73, 93 and 151, counsel for Ghislaine Maxwell writes to inform the court that she does not wish to further address those objections,” Laura Menninger wrote.

“Each of the listed Does has counsel who have ably asserted their own respective privacy rights. Ms Maxwell therefore leaves it to this court to conduct the appropriate review.”
Add Comment