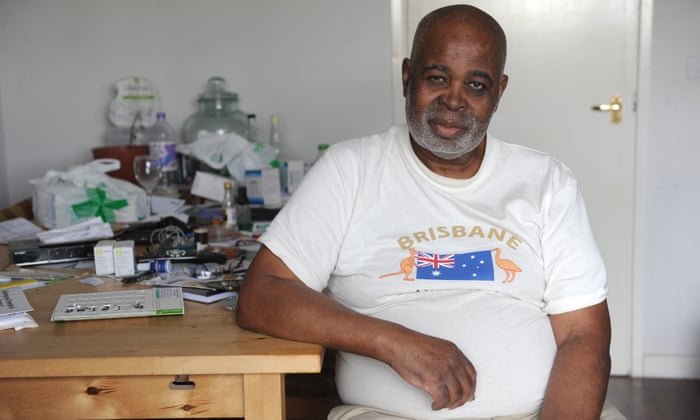 Windrush: ministers asked how many died before payout

Scheme has made payments to just 36 people, despite 11,000 being eligible
The government has been asked to reveal the number of people who have died before receiving Windrush compensation, in a heated debate focusing on the delays to the payments to thousands wrongly designated as illegal immigrants.

Ministers were criticised on Monday for the slow progress of the compensation scheme, which has so far made payments to just 36 people, although at least 11,000 are believed by the Home Office to be eligible. The government did not immediately say how many had died awaiting compensation.

A number of MPs gave details of constituents who had died before receiving apologies or compensation from the government. Chair of the home affairs select committee Yvette Cooper told the commons that of the four people who had given evidence for the committee’s 2018 report on the need for a Windrush hardship fund, to make urgent payments to people in need, two had neither received compensation nor hardship payments. She added that the other two had died before they were compensated for difficulties that had troubled them for decades.

MPs representing constituencies with high concentrations of people caught up by mistakenly applied hostile environment policies called for urgent improvements to the scheme, to speed up payments.

Some called for swifter interim payments to be handed out to those in severe financial difficulties as a result of Home Office mistakes. The errors had led to them losing jobs, housing, access to healthcare and benefits, and in extreme cases saw people being detained or deported to countries they had left half a century earlier. The Home Office was urged to provide claimants with more support to fill in the application form, which requires copious documentary evidence proving losses to be attached, which many applicants have struggled to find.

Labour’s David Lammy said the British government had been more generous and swifter with its payments to compensate British slave-owners when slavery was abolished in 1833.

“In total the British government paid out the equivalent of £16.5 billion to compensate some 3,000 families that owned slaves for the loss of their so-called property and investment,” he said. “It represented at the time 40% of the treasury annual spending budget. The sum was so large that it took British taxpayers 182 years to pay off.”

Noting that just £62,198 has been paid out to 36 people from a Home Office compensation pot which was designed to pay out somewhere between £200 million and £570 million, he added: “When it was reported that hundreds of the Windrush generation had been wrongly deported, detained, left destitute and made homeless by the government, I’m sorry to say that the British state did not rush to compensate the victims with the same kind of conviction.

Labour MP Kate Osamor condemned the “nasty, toxic, racist” hostile environment policies that had caused severe difficulties for thousands of people born in the Commonwealth who travelled legally to the UK in the 1950s and 60s. She paid tribute to her constituent, Richard Stewart, who arrived aged 10 in the UK from Jamaica in 1955 to join his parents; in the 1960s he was a fast bowler for Middlesex.

“He paid taxes here for over five decades. In 2013 the Home Office told him he was not in fact British. He had been in limbo for decades,” she said. After she helped him to regularise his status in the wake of the scandal emerging, he had hoped to travel to Jamaica for the first time in half a century, to visit his mother’s grave.

“A quick hassle-free payment from the compensation scheme would have made that possible. His dream was that his family would go together to Jamaica to see where his family was from. But he ran out of time to gather all his paperwork. He never got the compensation he deserved; he died in June last year,” she said.

The SNP’s immigration spokesperson Stuart McDonald condemned the drawn out process of paying compensation as just the latest chapter in an “outrageous fiasco”.

“Windrush must be among the most outrageous acts of negligence of a government department impacting its own people in modern British political history,” he said. “The consequences have been disastrous … all the warning signs were ignored and people quite rightly ask if those warnings had related to white middle class people with a much louder voice would they have been ignored?”

Shadow home secretary Diane Abbott said the scandal would not be over until there was a decision to repeal the 2014 Immigration Act. It introduced many of the hostile environment policies which began to make life very difficult for people who were unable to provide documentary evidence that they were legally living in the UK.

She was concerned at the very low number of compensation applications received, and suggested that ongoing fear of the Home Office was deterring many people from coming forward. Labour’s Lucy Powell, whose Manchester Central constituency has a high number of affected people, agreed and said she had met people who had been living under the radar for decades who were still too scared to come forward.

The former Brexit minister Steve Baker said: “We need greater humanity in our immigration system, we really desperately do.”

Home secretary Priti Patel apologised again for what went wrong. “Money cannot compensate for the awful experience that people have been through. No government would want to preside over something so scandalous,” she said.
Add Comment