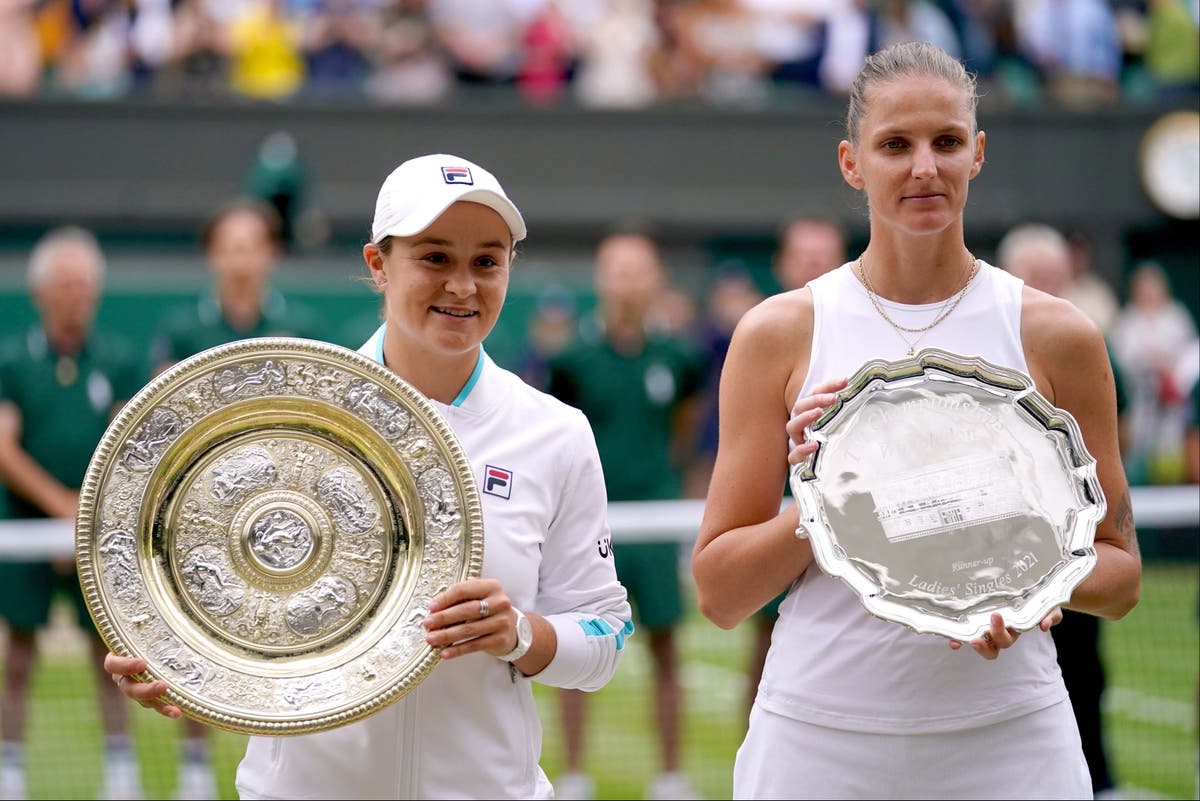 Ashleigh Barty broke down in tears as she clutched the Venus Rosewater Dish and told a rapturous Centre Court crowd that she hoped she had “done Yvonne proud”.

Fifty years ago, the graceful Yvonne Goolagong had been the first Australian woman to win Wimbledon and now the 25-year-old, deeply proud of her fellow Aboriginal heritage, had emulated her indigenous hero and mentor. And in no less elegant style.

What a sumptuous see-sawing match Barty and Karolina Pliskova served up, the diminutive five-foot-five Aussie standing tall against the six-foot-one Czech power-hitter to eventually prevail 6-3, 6-7, 6-3, but the score barely tells how hard-fought this match turned out to be.

With the Duke and Duchess of Cambridge in the Royal Box, both players were competing in their first Wimbledon final and nerves would play a part. 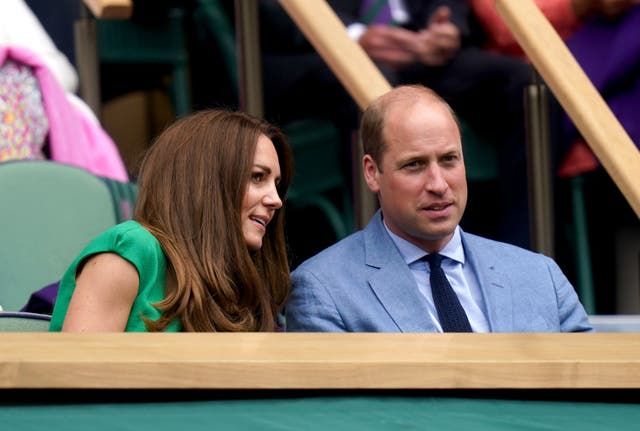 Barty said later that she barely got any sleep the night before – nevertheless the match began with a Barty master-class. Not even in her wildest dreams could she have imagined getting off to that sort of flying start, reeling off the first three games without conceding a single point, a feat never achieved in a Wimbledon Ladies Final since records of that sort have been kept - going back to 1977.

The game was ten minutes old when Pliskova, 29, won her first point to trail 15-30 in the fourth game, eliciting a huge cheer from the crowd, but a minute later she was 4-0 down and it looked like an embarrassing mismatch. Barty was supremely relaxed, picking off forehand and backhand winners at will, her deep sliced backhand a thing of beauty, while the backbone of Pliskova’s game, her feared first service, was misfiring.

By the time Pliskova broke Barty’s serve to win her first game, the first set looked irretrievable and the crowd were worrying that this could be the shortest Ladies Final in SW19 history. But sometimes going ahead so quickly has its own hazards, and Barty started to play safe, and as she did so, Pliskova clawed her way back into the match. At 5-1 down, Pliskova again broke Barty’s serve and then held. At 3-5, the Czech was now just one break away from leveling things up. Now Barty was under pressure. But she stood firm with a stunning cross court forehand winner and held to love. First set Barty 6-3.

The crowd, momentarily distracted by the presence of Tom Cruise – interestingly not seated in the Royal Box - now started vociferously rooting for Pliskova, not least because they wanted a contest. 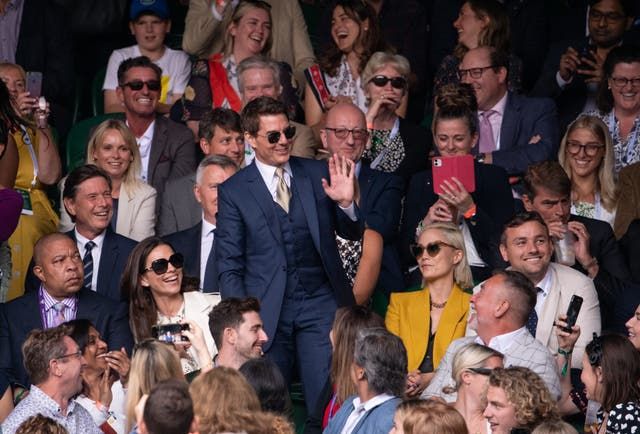 Now came a step up in class and a set of outstanding tennis. Barty went ahead, mixing up her topspins and slices to devastating effect, but Pliskova came back at her with pile-driver forehands that drew gasps from the stands, such was their power - and her first serve started finding its mark.

At 5-5, Barty broke Pliskova to lead 6-5 and serve for the match, but Pliskova broke her straight back to level at 6-6. The Czech was now playing with freedom and abandon while Barty was looking patchy. The Czech bossed the tie-breaker, taking it 7-4 as Barty capitulated with a nervy double fault. 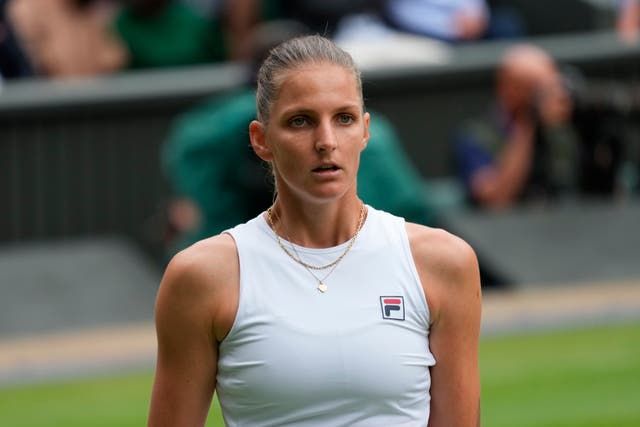 What a turn around. After all that initial dominance, Barty had nothing to show for it. Could she wrest back the momentum?

The answer came quickly with Barty playing a sublime spinning backhand drop shot, her first drop shot of the match, to go one up. Now it was Pliskova’s turn to blow hot and cold. An imperious forehand winner down the line was followed by an all-too-casual slap as she netted a sitter of a volley, and Barty raced ahead.

With Barty holding serve to go 3-0, it seemed the final set was mirroring the first, but then Pliskova held for 3-1. Both women were playing incredible tennis with long rallies and impressive power hitting. The crowd appeared divided. Now it was Pliskova’s turn to show brilliance, and, serving to stay in the match, she delivered a rocket ace. 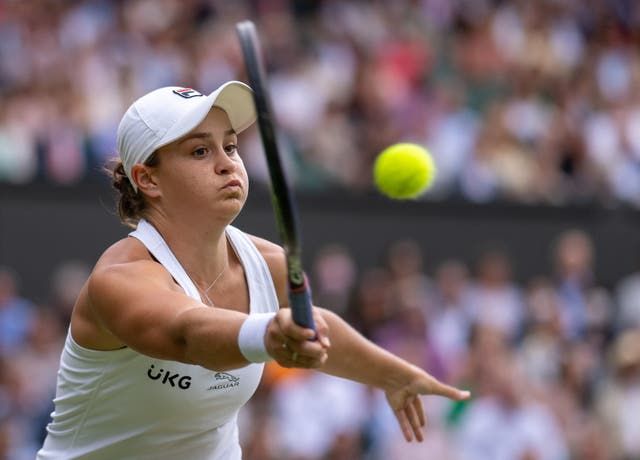 By the time Barty stood up at 5-3 to serve for the Championship, she was just one break away, again, from having it all unravel.

At 30-30, Barty missed a drive volley to give Pliskova a break point. After nearly two hours, could Pliskova come back yet again? Barty hit an incredible recovery shot to get back to deuce, then an ace threw up the chalk down the T. Seconds later, as Pliskova netted, Barty sunk to her knees. The crowd roared and rose. The number one seed finally had her first Wimbledon - and with it, £1.7 million in prize-money.

Up in the royal box, former champion Martina Navratilova wiped away the tears. Down on the court, and especially Down Under where the new champion’s family were watching on the telly, the Barty party was about to begin.