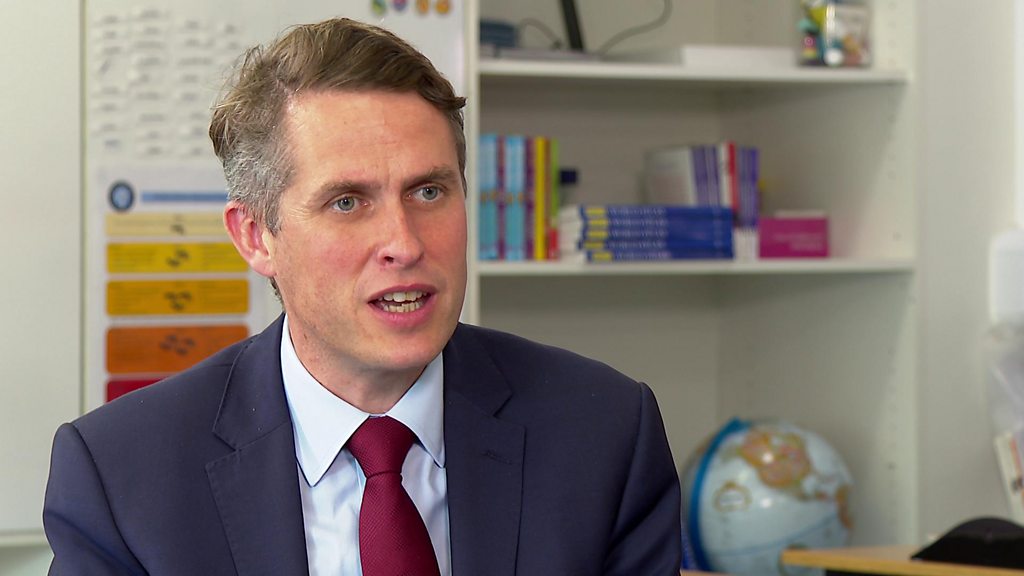 Education Secretary Gavin Williamson has apologised to every child for "the disruption that they've had to suffer" due to the Covid-19 pandemic.

Mr Williamson said the "best thing" was for every child in England to be back in school in September.

In an interview with the BBC ahead of A-level results on Thursday, he said the exams system was fair and robust.

A-level and GCSE students will this year have their results based on estimates after exams were cancelled.

On Tuesday, the Department for Education announced a last-minute "triple lock" - which could raise replacement grades for exams cancelled in the pandemic.

It means pupils could have whichever result is highest from estimated grades, mocks or exams in the autumn.

In an exclusive interview with the BBC on Wednesday, Mr Williamson said: "I apologise to every single child right across the country for the disruption that they've had to suffer."

He said he would never have expected to be in a situation where he had to close schools or "where we wouldn't have an exam period".

And he insisted that the exams system was strong.

"The system, for the overwhelming majority of young people, is going to deliver, you know, credible, strong results for every single one of them.

"It's a robust system, it's a fair system, it's making sure that young people get the grades that they've worked so hard towards."

He also defended the last-minute "triple lock", saying: "I'm not going to hesitate in terms of actually making changes if I can get the system as fair as possible for every single child." 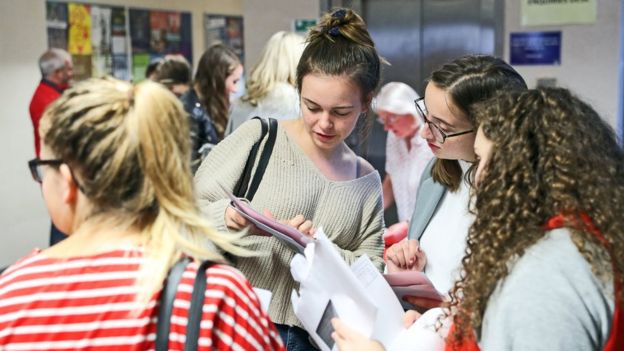 A-level and BTec results are out on Thursday

The education secretary said he wanted to make an "assurance" that if students felt they hadn't got the grades they deserved, they could appeal and, if necessary, sit a public exam in the autumn.

He said universities had been "brilliant" in terms of keeping offers open and urged them "to show the maximum amount of flexibility" if students went through the appeals process.

He added: "We've got a system that is, I believe, is the fairest that we can do; but let's not forget that we've been in a global pandemic, we've been in a situation, none of us would have expected to be in."

Earlier, Labour leader Sir Keir Starmer said the decision to change the process hours before results day was "shambolic" and "smacks of incompetence".

He also said individual students in England should be allowed to appeal against grades, rather than just through the school or college - as stipulated under the new rule.

How grades are being decided around the UK

* England and Northern Ireland: The key information for A-levels and GCSEs will be how pupils are ranked by their school and results in their schools and colleges in previous years. Plus a "triple lock" with the highest grade out of the estimated grade, an autumn written exam or a mock exam, dependent on a successful appeal through a school. Vocational qualifications will have estimated results for some courses, but not the same "triple lock"
* Scotland has switched to using teachers' predicted grades
* Wales has promised students that A-level results will not be lower than their AS-level results.

Return to school in September

Mr Williamson told the BBC that A-level and GCSE exams next year would go ahead, saying "we have to put that in place".

"But we do equally understand we've been through quite exceptional circumstances and that's why we've taken moves to make sure that we can accommodate that." 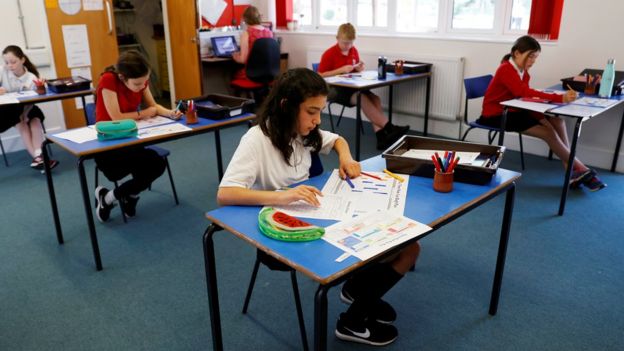 Mr Williamson said he was determined to see all children in England back in school next month.

In the event of local lockdowns, he would "expect schools to be very much the last thing to be closing as part of that, but if this were necessary, he wants to see "a continuity of education".

Asked if he could "look parents in the eye and say that you have done a good job as education secretary of ensuring that children's education has been looked after during this pandemic," he said there were "things that we would take a different approach on".

"And, you know, where we haven't got everything great, of course, I'm incredibly sorry for that."

He went on: "But the best thing we can do is make sure that every child is back into school in September.

"Is there anything more that I can do in order to make that happen? Well, if there is, tell me about this, and I will go out there and I will do it.

"We need to see every child back into school - as someone who has a wife and a brother who works in schools, and someone who has children who have, you know, like every child, suffered... I know that the best thing to do is to get everyone back there."