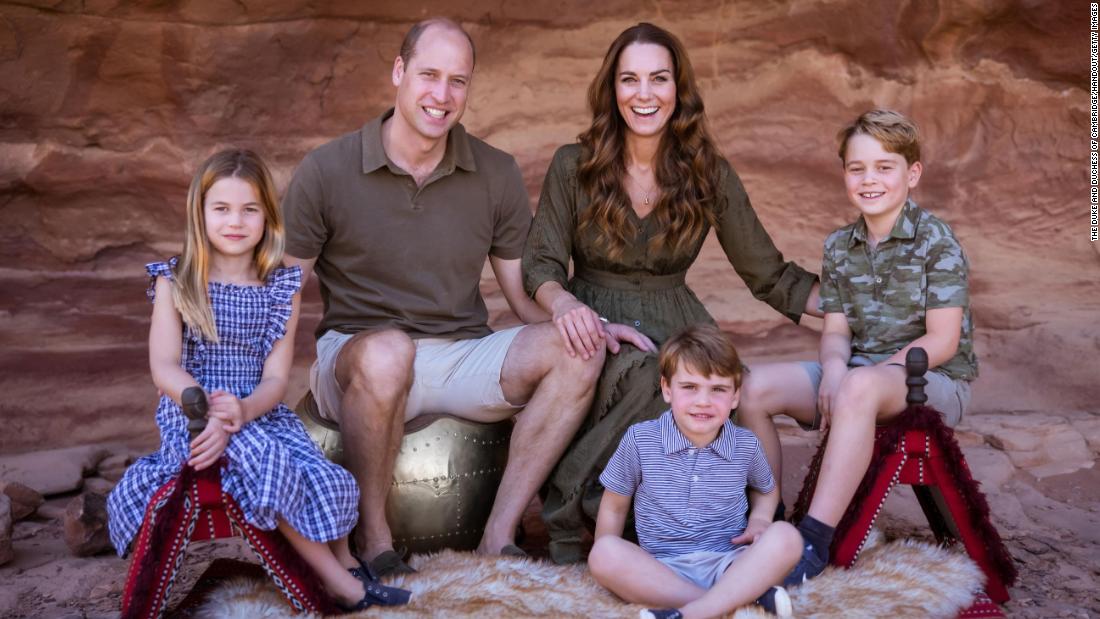 It's beginning to look a lot like Christmas -- and Britain's royal family are getting ready by releasing their Christmas cards.

Prince William and Catherine, Duchess of Cambridge shared a family photo used for this year's official Christmas card, while Prince Charles and Camilla, Duchess of Cornwall went for a sign of the times, with an image of themselves wearing face masks..

Kensington Palace released the picture of William and Kate on vacation in Jordan earlier this year with their young children Prince George, Princess Charlotte and Prince Louis. 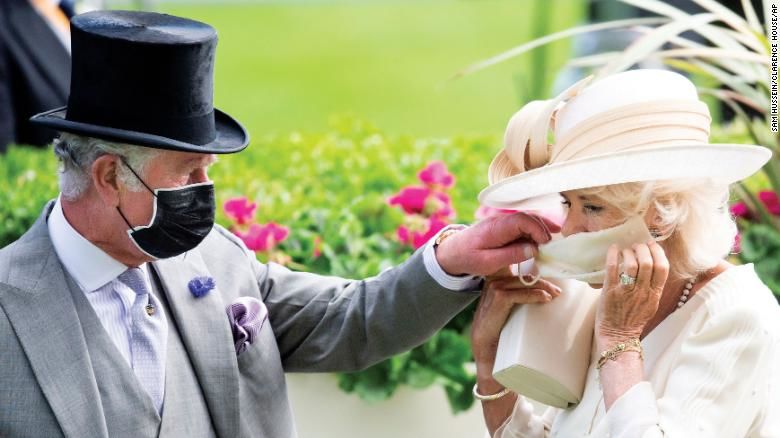 The photo chosen by Charles and Camilla for their Christmas card was taken at Royal Ascot this year.

The palace released the image on Twitter, adding: "Delighted to share a new image of the family, which features on this year's Christmas card."

It is unclear when the family went to Jordan.

The release of the card came just two days after Kate hosted a glamorous festive extravaganza within the hallowed Westminster Abbey in central London.

The congregation was made up of guests nominated by their local communities, as well as representatives from many of the charities and patronages of the Queen and other royal family members.

The hour-long service, set to air on the UK's ITV network on Christmas Eve, also featured a sprinkling of celebrity appearances.

Meanwhile, the image of Charles and Camilla, taken by Sam Hussein, shows the couple in the summer at Royal Ascot, an annual horse-racing event.

The royal family usually spend the holiday period at Sandringham, Queen Elizabeth II's country estate in rural Norfolk, around 100 miles northeast of London, where the monarch is usually joined by her children, grandchildren and great-grandchildren.