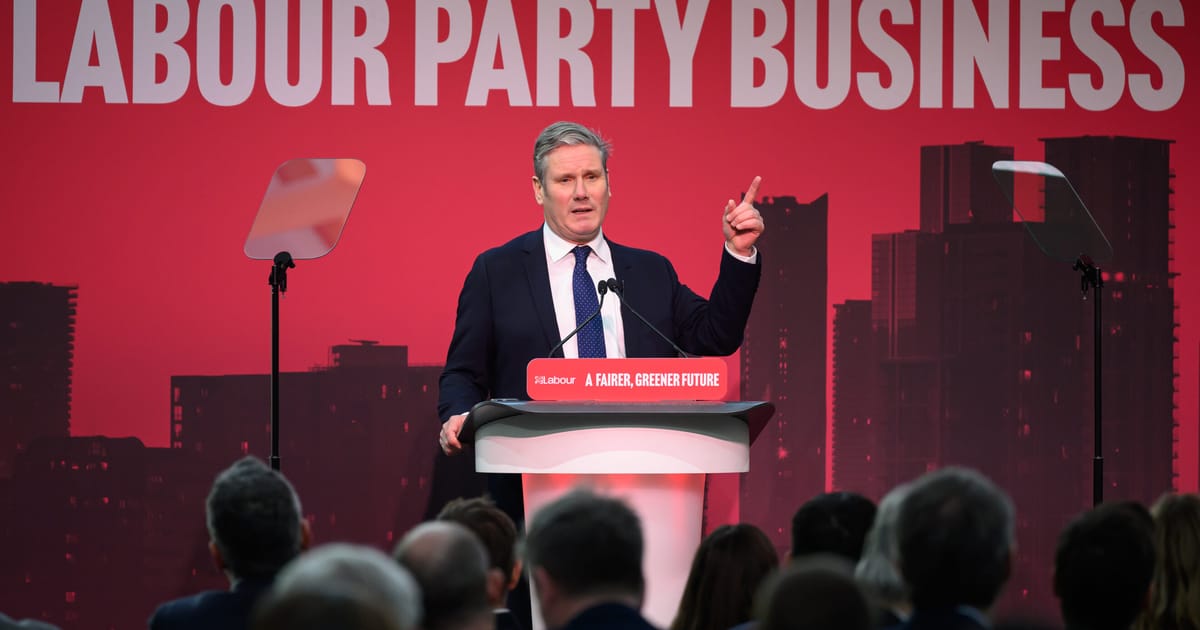 Former Remain-backing Labour figures are vowing to let voters ‘take back control’ — but is anyone convinced?
All the current British opinion polls suggest the opposition Labour Party is heading for government at the next election. So will its bid to don Brexiteer clothes convince the public?

As it heads for power, Labour’s most senior politicians have certainly seemed comfortable stealing the words of conservative heroes.

Speaking at an event last week, Shadow Chancellor Rachel Reeves — who could very well be managing the U.K. economy after the next election — began by channeling Ronald Reagan as she asked people if they were “better off than they were 13 years ago,” while Keir Starmer co-opted a phrase from his old foe Boris Johnson.

The Labour leader promised to deliver a post-Brexit “take back control” bill if elected as PM, vowing greater devolution over areas including skills, housing and transport.

Starmer happily freewheeled on Brexit during his first speech of 2023 as he claimed to understand the anger behind the result, while praising Brexit campaign group Vote Leave’s signature slogan.

Just a year ago, Starmer would seemingly do everything to avoid talking about the EU, as Labour struggled to move past its 2019 policy of calling for a second referendum. Now, Starmer is trying to own Brexit as a political issue and turn it into an electoral advantage.

“He’s not shrinking away from his role in campaigning for Remain, as we saw in the New Year’s speech, and is now turning the Vote Leave slogan on its head,” they argued.

Matthew Elliott, former chief executive of the official Vote Leave campaign, told POLITICO that his initial reaction upon hearing Starmer’s speech was that “imitation is the sincerest form of flattery.”

“We shouldn’t be too protective about these sorts of things,” he said.

With support for Brexit somewhat wavering in the polls, as its economic impacts begin to bite, Starmer now sees an opportunity to become its unlikely savior. He can stand at the House of Commons despatch box and say the Conservatives have failed to make the project a success and that only a new broom can fix some of its flaws.

It’s an area where Starmer’s ruthless pragmatism and technocratic nature could yield tangible results. Yet it would first require Leave voters to believe the arch-Remainer has had a Damascene conversion to the cause. Furthermore, it is questionable whether disgruntled ex-Labour supporters voted to leave the EU because they wanted local governments to have more power.

The beauty of “take back control” as a slogan was that it could mean everything to everybody. It packaged up people’s wide-ranging grievances with the state of the country and directed them at the EU. Put simply: it was a vibe, not a coherent ideology.

There is a danger for Starmer that he is taking the issue too literally and seeing it as a lawyer (he used to be the U.K.’s top public prosecutor), not a politician. Elliott, who still works as a political strategist, said he is unconvinced that Starmer can now sell himself as a neo-Brexiteer.

“Starmer first emerged in public life as the shadow minister trying to stop Brexit,” he said. “I don’t think Starmer will be trusted by the Red Wall voters to deliver any benefits of Brexit or to show he really believes what he’s saying.”

“I also still run a lot of opinion polling and reforming local government certainly doesn’t come up in the top 10 things of what people want.”

Starmer is unlikely to ever win over the most hardcore Brexiteers. Yet there is a chunk of the electorate that may give him a hearing. A YouGov poll from last November revealed 19 per cent of Leave voters regret their decision, with many complaining that “things are worse since Brexit.”

This will give Labour the freedom to speak about problems caused by leaving the EU, such as increased red tape for businesses, without fear of inevitable Tory attacks that accuse the party of being in thrall to Brussels.

“It’s really about being positive and proactive in selling the ‘take back control’ policy and showing the country that we have a very positive view of the future. That includes Brexit and the many facets of post-Brexit policy,” a senior Labour official said.

Johnson’s defenestration will also give Labour political space to attack the Tories on Brexit. It was impossible for Starmer to out-Brexit the campaign’s frontman and Johnson was also adept at battering Starmer with his previous Remainer record.

The Labour leader will fancy his chances more against current Prime Minister Rishi Sunak who is not publicly linked with the vote — despite backing Leave as a junior MP in 2016.
#Boris Johnson  #Johnson
Add Comment