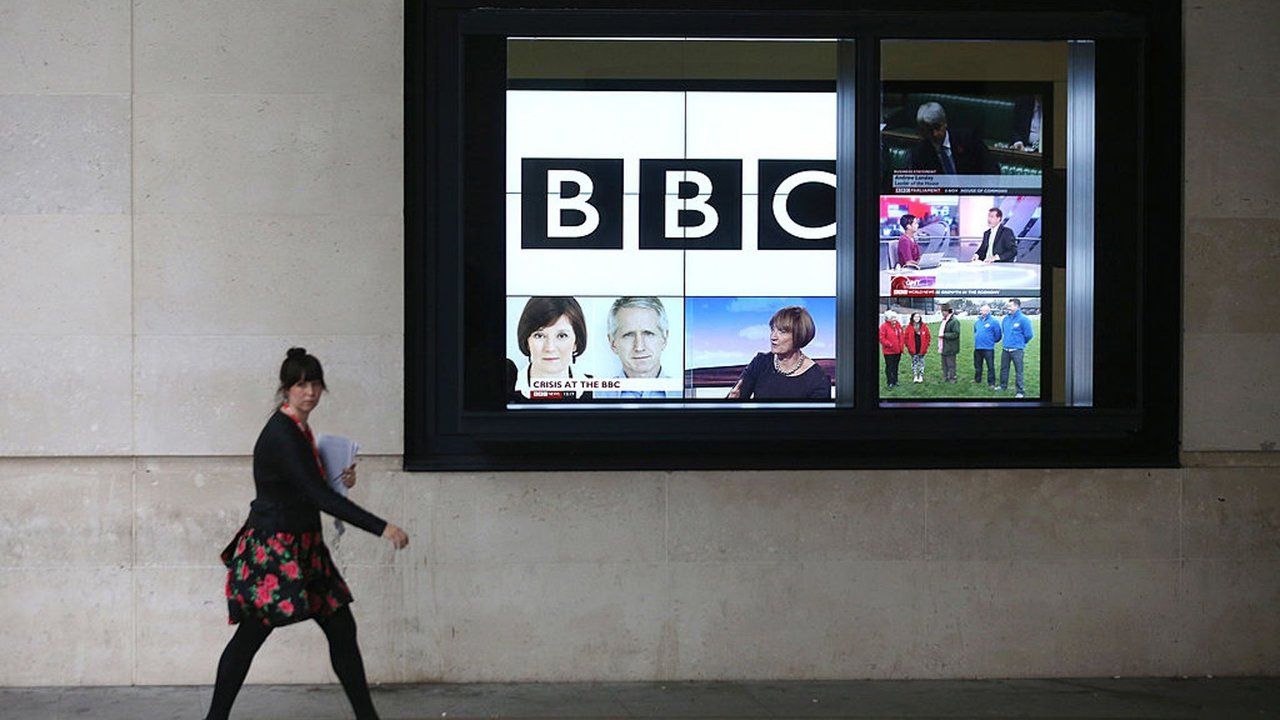 Will the BBC become a victim of its own bias?

The BBC is losing me. It’s a sudden estrangement and an unwelcome one but I can’t seem to shake it off. The cause is the Corporation’s coverage of this thing that is happening that we still don’t have a name for but definitely should not call a ‘moment’.
The butterfly effect from George Floyd’s killing is one of the biggest stories in a generation. Once revered men have been torn down; a new history is being written; radical propositions about race, identity and the regulation of ideas have burst into the mainstream. This may well be an overdue reckoning with a racist past and present, but it is accompanied by an intellectual terror that is making honest debate impossible. Liberal society itself is under attack.

These are the sort of times the BBC was made for: a Western political crisis in the middle of a global health and economic crisis. Throw in a landmark US presidential election and the UK’s final transition out of the European Union and 2020 is a news editor’s dream. The Corporation should be using this time to shine, proving all those Tory backbenchers and market dogmatists wrong by showing that the Licence Fee is more than worth it.

Something else is happening instead. On the issue of race in particular, its coverage is askew. I don’t mean simply that it is biased — anyone who follows Auntie’s reporting on Israel is aware of how shared political assumptions can shape broadcast output — but that it is openly biased, almost aggressively so. The BBC is not merely reporting these events, it is taking sides; or, more precisely, it is failing to realise that there is another side.

Two recent examples can illustrate my point. BBC Sounds produced an episode of the No Country For Young Women podcast in which presenter Sadia Azmat teed up a discussion with the question: ‘How can white women not be Karens?’ Businesswoman Amelia Dimoldenberg told these white women to ‘read some books’, ‘don’t be so loud’ and ‘stop attacking black voices’.

Academic Dr Charlotte Riley pronounced Karens ‘completely unwilling to accept that their whiteness is a privilege’, said ‘they want to be treated in a special way because they are women’ and instructed them to ‘think critically about your identity and your privilege’. Karens, she explained, ought to ‘try not to be defensive about your whiteness’ and ‘get out of the way basically’.

The Guardian’s Hadley Freeman has previously noted the sexist undercurrent of the ‘Karen’ meme. A Karen is a woman, a middle-class woman, seemingly a non-graduate woman, and a family-oriented woman. Karen thinks her kids can do no wrong. Karen shares Facebook memes to show she agrees with them. Karen is bourgeois basic.

Karen’s gravest sin, though, is that she is white, and if you had already detected a post-Christian millenarianism in the movement currently trying to purge humanity’s vices, it is no surprise that its concept of original sin takes female form.

There’s nothing wrong with the BBC having a debate about Karens. The problem is that there was no debate. Women who broadly agree sat down to agree broadly. It’s the fact that, at no point in the production process, did anyone ask whether it might be worth getting a Karen on, since they are seemingly so plentiful, or at least someone to balance Dr Riley’s opinions on ‘white privilege’.

Critical race theory does not trip off the tongues of those outside the incestuous redoubts of academia, media and activism, yet on the BBC ‘white privilege’ has gone from contentious campus supposition to universal truth with no pause to test its validity or canvass the views of the country.

At the start of the week, historian Dinyar Patel was given a slot on the BBC News website, nominally to tell the story of the UK’s first Asian MP, but which included the tangent: ‘The current crop of Asian MPs in the British Parliament… includes recalcitrant Brexiteers with muddled perspectives on Britain's imperial history.’

Patel’s essay popped up on the Widget of Woke - the features sidebar that runs down the right of the BBC News website and is seldom without at least one piece a day on race or another facet of identity politics. This agenda reflects corporate priorities wholly unmoored from the priorities of most of the population.

This is about more than silly stuff, like the unimprovable BBC News tweet: ‘27 police officers injured during largely peaceful anti-racism protests in London’. It is about a national broadcaster that seems to be losing its grasp of the nation it is broadcasting to. CNN and the New York Times were able to shift from news organisations to political campaigns because they appeal to a segment of the market that wants ‘Orange Man Bad’ all day, every day, just as Fox News can function as the spokeschannel of the Trump re-election committee.

The BBC has a different role, one so important that we are compelled by law to fund it. Yes, it informs, educates and entertains but, as I have argued on CoffeeHouse before, its real service is to national unity. The Corporation cannot unite us while becoming a mouthpiece for one side of a culture war.

Nothing good will come of this troubling evolution in the BBC’s news values, not least if it spreads to other subjects. The punters got fed up of the Corporation lecturing them many decades ago and won’t enjoy being scolded or, worse, talked over by people whose generous salaries they fund. If the BBC ends up alienating the mainstream, it will lose popular support and sacrifice public consent for the Licence Fee. It is too vital an institution to be allowed to destroy itself with towering, hectoring certainty.
Add Comment