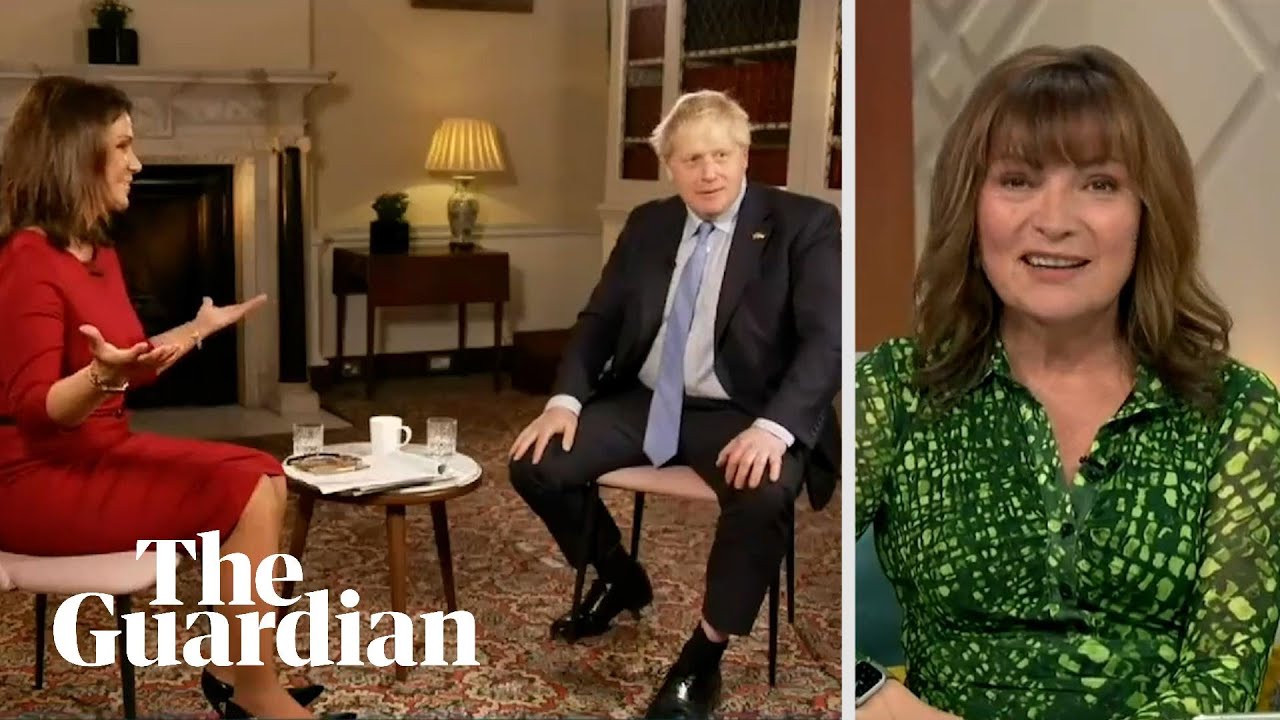 Boris Johnson shows ignorance of ITV ‘legend’ during bruising Good Morning Britain interview
Her eponymous programme pulls in well over a million daytime TV viewers, while Lorraine Kelly herself is so famous her chatshow persona has been declared a separate entity for tax purposes.

But with Ukraine, the cost of living and his own political survival to think about, Boris Johnson should be excused for not instantly recognising her name, Downing Street has argued.

An already bruising Tuesday morning interview with ITV’s Good Morning Britain became more alarming still for Johnson’s media minders when he professed ignorance of the fact Kelly’s show was about to start.

Asked whether Johnson knew who Kelly was, his official spokesperson said it was less a case of complete ignorance about one of the UK’s better-known TV faces, and more about the prime minister being too busy to realise her show was coming next.

“I think, as was clear, the prime minister was not fully across the ITV daytime lineup this morning,” the spokesperson said. “But you’ll appreciate he has a number of issues to deal with on his desk.”

In 2019, a tribunal judge hearing a long-running case in which Kelly appealed against a £1.2m tax and national insurance bill from HMRC agreed it was legitimate for the presenter to be considered a theatrical artist, meaning payments to an agent were a tax deductible expense. Rather than being herself, Kelly performs the role “of a friendly, chatty and fun personality”, which amounts to a separate persona, the judge said.

Kelly did not comment on Johnson’s apparent lack of knowledge about the timing of her long-running show, saying only: “Wow, thank you Susanna, a masterclass in a political interview, excellent stuff.”

The grilling had focused strongly on the cost of living, with Johnson accepting his government had not done enough to alleviate the pain of the cost-of-living crisis

“I accept that those contributions from the taxpayer, because that’s what it is – taxpayers’ money – isn’t going to be enough immediately to help cover everybody,” he said. “There is more that we can do but the crucial thing is to make sure we deal with the prices over the medium and long term.”
#Boris Johnson  #Johnson
Add Comment