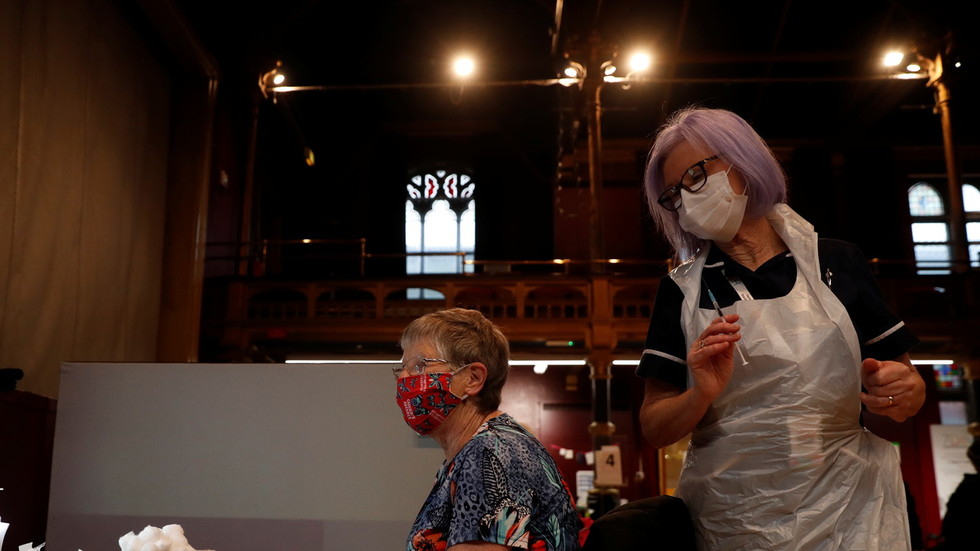 A senior WHO official has questioned the UK government’s decision to provide booster Covid vaccine doses to its adult population, cautioning that there was “no evidence” this would offer “any greater protection” to the healthy.

Noting that this was a “luxurious position” to be in while other countries lack enough vaccines to even protect their most vulnerable, Dr. Mike Ryan – head of the agency’s emergencies program – said on Wednesday that it was “tough for some countries who have huge amounts of excess vaccine to decide who to give it to.”

His comments came ahead of UK Health Secretary Sajid Javid’s announcement on Thursday that the country had secured an additional 114 million vaccine doses for 2022 and 2023 to “buy time” as it deals with cases of the virus’ new Omicron variant. Earlier in the week, the government had announced that everyone over 18 would be offered a booster shot by the end of January.

Reiterating that vaccines “still remain our best line of defense,” Javid said the deals – which reportedly involve 60 million doses of the Moderna vaccine and 54 million Pfizer jabs – would ensure the country has enough vaccines “that we need for the long term.”

While noting that governments should focus on their epidemiological situations ahead of the approaching festive season, Ryan had been critical of both booster vaccination programs and countries planning for the Omicron variant while there was a “crisis in Europe… driven by the Delta variant.”

"Right now, there is no evidence that I’m aware of that would suggest that boosting the entire population would necessarily provide any greater protection for otherwise healthy individuals against hospitalization and death."

Under the UK’s new program, Javid said the period between second doses and booster jabs would be shortened from six to three months and added that children aged 12 to 15 would be offered a second dose after three months.

Meanwhile, people with severe immune system deficiencies would be able to receive another booster vaccine, which could see some individuals get a fourth dose.