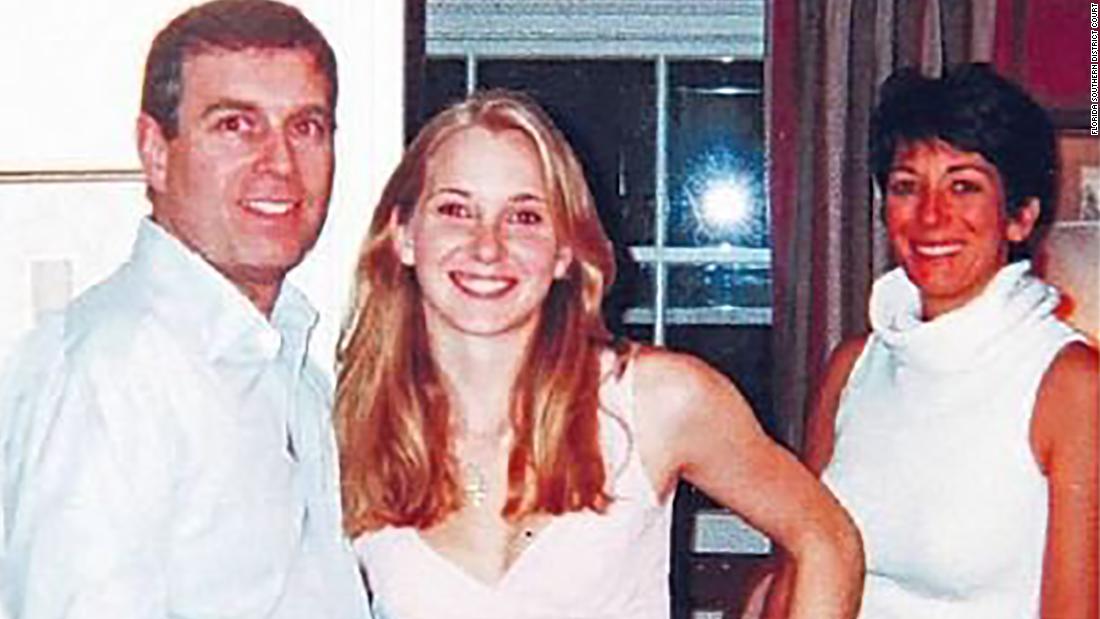 Who is Prince Andrew? The 'spare heir' facing a sexual abuse lawsuit

There was a time when Prince Andrew had it all: A decorated war hero, a playboy prince, an international ambassador for the British brand, living the life of priviledge. But those days seem long gone. Instead, the Duke of York -- who is ninth in line to the British throne -- is being sued for alleged sexual abuse.

Federal court documents filed Monday reveal that a lawsuit was filed by Virginia Roberts Giuffre, an alleged victim of sex offender and disgraced financier Jeffrey Epstein. Giuffre has previously said publicly that she was forced to perform sex acts with Britain's Prince Andrew, telling the BBC in 2019 that she was trafficked by Epstein and forced to have sex with his friends, including the Duke of York, when she was underage.

Andrew has repeatedly denied Giuffre's allegations. But his association with Epstein has cast a dark shadow over him.

Facing pressure from the public, the Prince stepped back from royal duties in the wake of a 2019 interview he gave the BBC in which he was widely considered to have damaged his own credibility. He rarely appears in public. When his elder daughter, Princess Beatrice, married last year, he wasn't shown in any of the four official photographs released.

Buckingham Palace has previously denied Giuffre's allegations in a 2019 statement to CNN, saying "It is emphatically denied that The Duke of York had any form of sexual contact or relationship with Virginia Roberts. Any claim to the contrary is false and without foundation." 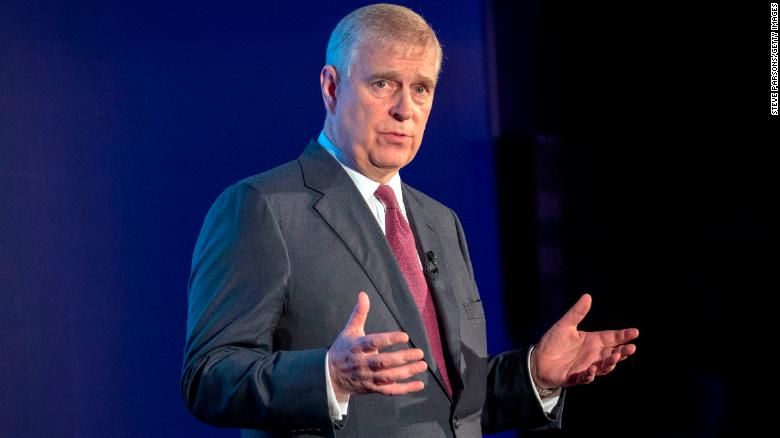 Alex​ McCready, the head of Reputation & Privacy at Vardags, a law firm specializing in handling cases of high-profile clients, said the Prince isn't facing the risk of being extradited, because the lawsuit is a civil matter.

"If he fails to cooperate he will face a default judgment, significant damages and a reputation further in tatters. Another option, often preferred in these high profile cases, is an out of court settlement," she said.

Gerhard Kemp, a law professor at the University of Derby in the UK, said the complaint by Giuffre is unlikely to change the duke's situation dramatically, since it doesn't seem to include substantial new information beyond what has already been alleged.

The ongoing criminal case against Ghislaine Maxwell, a British socialite and former girlfriend of Epstein, could cause a bigger headache for the Prince, Kemp said.

Maxwell has been charged with conspiracy and sex trafficking, conspiracy and enticing minors to travel to engage in illegal sex acts, and the transportation of minors to engage in criminal sexual activity for allegedly grooming, recruiting and abusing underage girls from 1994 to 1997. She has pleaded not guilty.

US authorities have previously accused Andrew of not cooperating with attempts to interview him as part of the investigation into the alleged sex trafficking ring ​Epstein and Maxwell are suspected of operating.

Then-US Attorney for the Southern District of New York Geoffrey Berman said in January 2020 that Andrew had not cooperated with attempts to interview him about Epstein, despite saying he would. "To date Prince Andrew has provided zero cooperation," Berman said at the time.

Federal prosecutors requested an interview in June 2020 with Prince Andrew as part of its investigation into the alleged sex trafficking ring once operated by Epstein, a source told CNN at the time.

But there is little else they can do. Unless the Prince himself becomes a target of criminal investigation, their options are limited.

"In the absence of a formal criminal complaint in the US against the Duke of York, my expectation is that we will continue to see the status quo ... requests by the US authorities for the duke/his legal team to provide voluntary co-operation and the duke/his legal team will continue to say they are willing to co-operate, an assertion that seems to be somewhat disputed by the US authorities," Kemp said.

Prince Andrew himself discussed the allegations in a November 2019 BBC interview that sparked near-universal condemnation in the British press and on social media.

He told BBC Newsnight's Emily Maitlis he had seen nothing that struck him as suspicious when he was around Epstein, who died by suicide in August 2019 while awaiting trial on federal charges that he sexually abused underage girls and ran a sex trafficking ring. Epstein had pleaded not guilty.

Andrew, whose royal title is His Royal Highness The Duke of York, is the second son of Queen Elizabeth II and a brother of Prince Charles.

Originally second in line to the throne, he became number three when Prince William was born, and has slipped lower following subsequent royal births. He is now number nine in the line of succession.

Being the "spare heir" is a notoriously tricky role to fill. Over the course of his lifetime, Andrew has seen his chances of acceding to the throne diminish -- yet he still faces all the scrutiny and expectations that come with being a royal.

Like other "spares," notably the Queen's sister, the late Princess Margaret, and more recently Prince Harry, Andrew was at times seen as the "party royal." 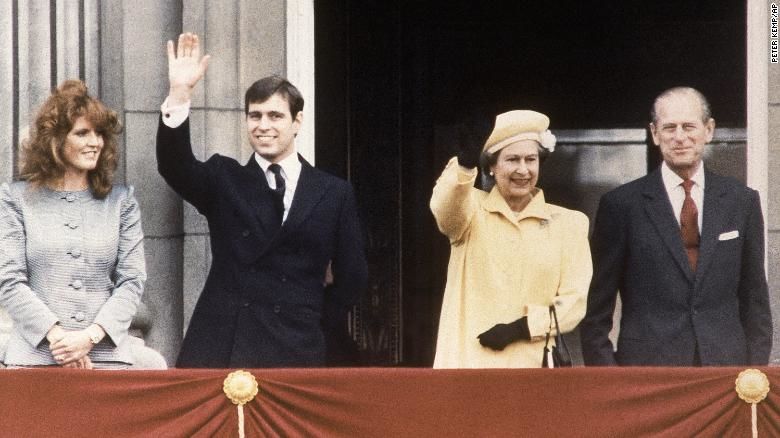 Prince and and "Fergie" were among the most popular royals in the late 1980s.

His colorful past is perhaps best illustrated by the number of nicknames UK tabloids have come up with for the prince over the years, from "Randy Andy" to
"Airmiles Andy."

British tabloids have often referred to the duke as the Queen's favorite child. The claim seems to be rooted in the fact that the Queen was able to spend more time with him and his younger brother Prince Edward, the Earl of Wessex, during their early childhood compared to her two elder children Prince Charles and Princess Anne, who were born just before she ascended to the throne.

Unlike his older brother Charles, Andrew didn't go to university. Instead, he joined the Royal Navy. A few years later, he was sailing across the Atlantic on a mission to retake the Falkland Islands from Argentina. He returned a hero -- and a darling of the nation.

The prince and Ferguson, known as "Fergie," were the ultimate "It" couple of the late 1980s. Their wedding drew a TV audience of hundreds of millions. Tens of thousands of people lined the streets on the day, an event the New York Times described as "Fergie fever."

Ferguson was said to bring a breath of fresh air to the royal family. But the honeymoon was soon over. Andrew and Ferguson separated in 1992 and divorced in 1996, following a number of scandals. However, the two maintain a close relationship -- much to the amusement of UK tabloids. 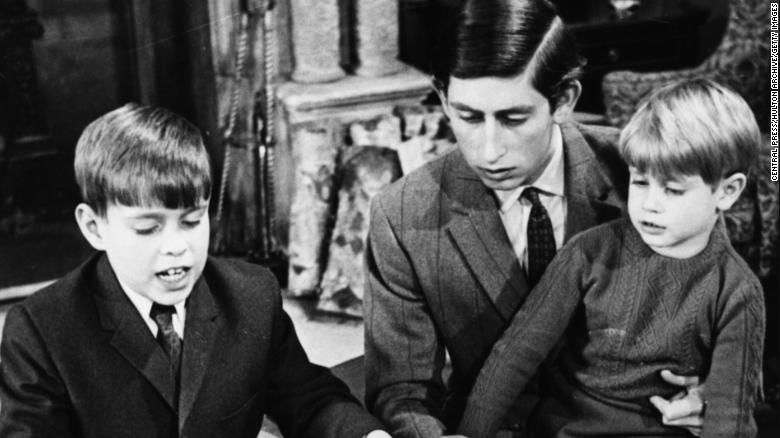 Prince Andrew (left), pictured with his brothers Charles and Edward at Sandringham in April 1969.

After leaving active military service in 2001, the prince became a "full-time royal," carving out a role for himself as a champion of British business. He became the United Kingdom's special representative for international trade and investment, traveling the world selling the British brand.

That career came to an abrupt end a few months after he was photographed with Epstein in Central Park in 2010. At that time Epstein was a registered sex offender who had served 13 months in prison on prostitution-related charges.

Andrew was one of the many high-profile, influential men Epstein had associated with. The prince said he met Epstein in 1999 and "saw him infrequently and probably no more than only once or twice a year." He also admitted to having stayed at "a number of his [Epstein's] residences." 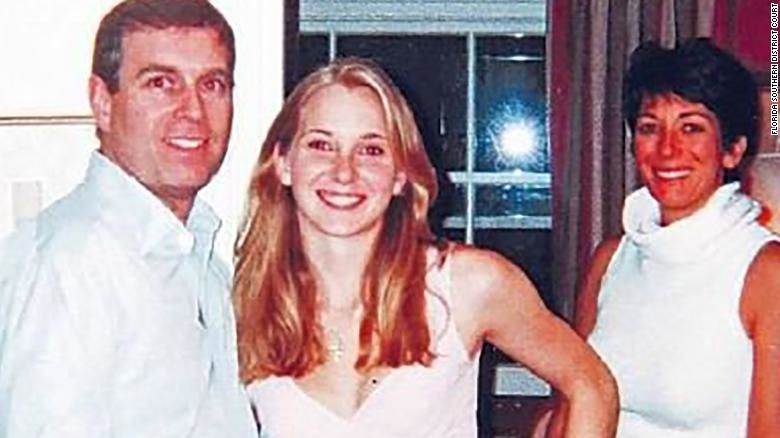 A photograph appearing to show Prince Andrew with Jeffrey Epstein's accuser Virginia Roberts Giuffre and, in the background, Ghislaine Maxwell.

The prince has always claimed he never suspected the kind of behavior that Epstein was convicted, and again later, accused of. But that claim is problematic given he associated with Epstein even after his 2008 plea deal, in which he pleaded guilty to two state prostitution charges.

While Andrew insists he never witnessed or suspected the behavior that led to Epstein's arrest, he has admitted it was "a mistake and an error" to see the disgraced financier in 2010.