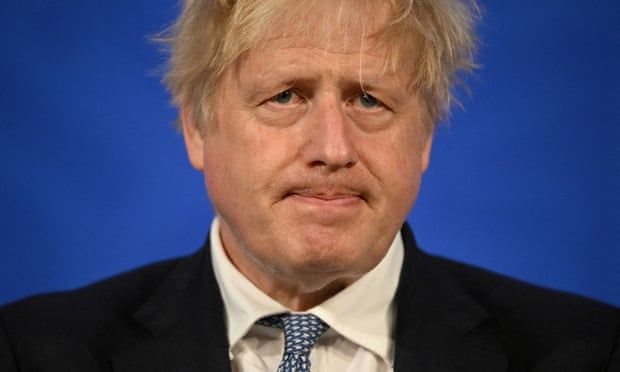 Who are the key Tory MPs hoping to remove Boris Johnson?

Criticism of prime minister has come from across the party spectrum, as calls grow for PM to quit

The MPs hoping to topple Boris Johnson can hardly be described as plotters when so little organisation exists between the prime minister’s critics. They include veteran ex-ministers, lockdown critics, Brexiters, one-man mavericks and centrist softies.

The disparate nature of the letter writers spread across the party spectrum has meant little coordination about the timing of the calls for PM to go – and makes work hard for the Conservative whips who cannot keep track of rebel numbers in WhatsApp groups or committee rooms. But it also puts the rebels at a disadvantage when it comes to coordinating a vote of no confidence – with no real idea of their own numbers.

Here are some of the key MPs from different wings of the party hoping to remove the prime minister.

A Brexiter and a member of the Common Sense group of rightwing Tories, Wragg was a critic of the prime minister over lockdown rules but has said he has become gradually more disgusted with Johnson’s moral character – and submitted his letter after the resignation of Allegra Stratton. He said he could not hide his views with “ever more elaborate disguises”.

Wragg, the chair of the public administration and constitutional affairs committee, has been the chosen counsel of more inexperienced MPs who are frustrated with Johnson – and the MP for Hazel Grove has led the charge against party whips for their alleged intimidation tactics against backbenchers, including reporting them to police. His seat is a key Lib Dem target.

A former defence minister who now chairs the select committee, Ellwood is something of a lone operator rather than secretly coordinating plots, but he is well-liked across the centrist wing of the party and has been a siren voice warning of the electoral threat the Tories face.

Ellwood has preferred to do his lobbying of colleagues in public, rather than in smoke-filled rooms, with passionate speeches on broadcast media and in the House of Commons chamber.

For that, he has often been the target of abuse from Johnson’s supporters, who heckled him in the Commons last week as he warned: “Can we continue to govern without distraction, given the erosion of the trust of the British people? And can we win a general election on this trajectory?”

The former chief whip was the organiser-in-chief of the anti-lockdown Covid Recovery Group, which successfully coordinated mass rebellions against Covid-19 measures, including several where the PM would have been defeated were it not for Labour support.

His main ally in the rebellions was the formidable Steve Baker, a key architect of whipping efforts against Theresa May’s Brexit deal. Baker has also called for Johnson to go – but says this one isn’t his fight.

Harper’s role is to channel the anger that the significant chunk of lockdown sceptics felt towards the prime minister who had broken his own, hated rules. His Forest of Dean seat is safe, but Harper has run for the leadership in the past and may fancy another go.

A serial rebel against prime ministers, Bridgen has put in a letter of no confidence against David Cameron, Theresa May and now Boris Johnson – though he briefly withdrew it after Russia’s invasion of Ukraine.

Bridgen, a staunch Brexiter who sits on the rightmost edges of the party, operates as a one-man-band but he is still symbolic of the fact that Johnson’s critics are from far-flung reaches of the Conservative party spectrum, not all remainers or Tory “wets” who are out of favour with the prime minister.

A serious-minded and ambitious 2019 MP, Kearns was the main figure in the early “pork pie plot” against the prime minister by a group of disgruntled new MPs – it was named after her constituency, which is home to Melton Mowbray.

She is among a small, select group of new MPs who have been dismayed at the chaotic style of Johnson’s leadership, including those with seats potentially under threat from Labour and the Lib Dems such as Aaron Bell (Newcastle-under-Lyme) and Elliot Colburn (Carshalton and Wallington), though she has a huge majority herself.

Kearns has gone public with her letter of no confidence in the prime minister, though others in her cohort are known to be extremely wary of submitting letters because of a paranoia about leaks.

Nokes is not an organiser, but as chair of the women and equalities select committee, she is a mentor figure for younger Conservative women in parliament and has been particularly vocal on sexism in parliament.

Hammond and his fellow former ministers Steve Brine and Sir Bob Neill are emblematic of the veteran Conservatives who have long been sceptical of Boris Johnson – many of them members of the One Nation group of centrist Tories.

Not all of Johnson’s critics within that group have gone public with letters or even calls for the prime minister’s resignation – but they would be likely to back Jeremy Hunt or Tom Tugendhat in any leadership race.

For this group, which has no explicit ringleader and flinches at the idea of coordinating a plot, the timing of any vote of no confidence is key and several had privately cautioned younger colleagues against accidentally triggering a vote earlier in the year, believing that timing post-Gray report was key so that MPs could see the full extent of the evidence against Johnson.