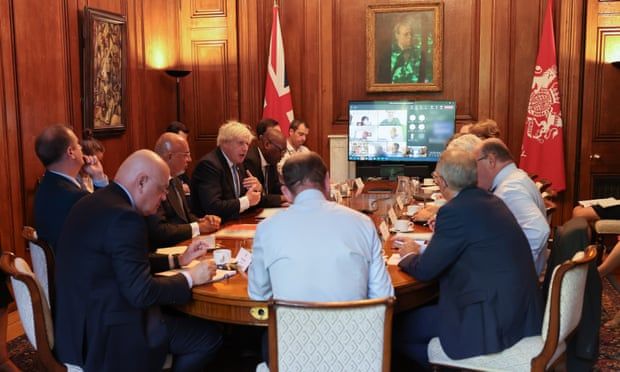 Boris Johnson met executives from some of Britain’s biggest energy companies on Thursday to discuss the cost of living crisis.

Johnson was flanked by the chancellor, Nadhim Zahawi, and the business and energy secretary, Kwasi Kwarteng. Zahawi said afterwards that the energy firms agreed to “do more to help the people who most need it” – but did not specify what that would entail.

The executives were from power-generation companies – which own assets including windfarms and nuclear power stations – rather than the oil and gas companies hit by the windfall tax, officially known as the Energy Profits Levy, after raking in bumper profits caused in part by the war in Ukraine.

However, there is a lingering threat that the levy may be extended to electricity generation companies amid accusations that they have also enjoyed a bonanza from high energy prices.

Below are the companies that attended the meeting, along with their profits and executive pay packages. While all operate in the UK, many are headquartered abroad.

* This article was amended on 12 August 2022 to remove the details of Lightsource BP, whose executives did not attend the meeting.