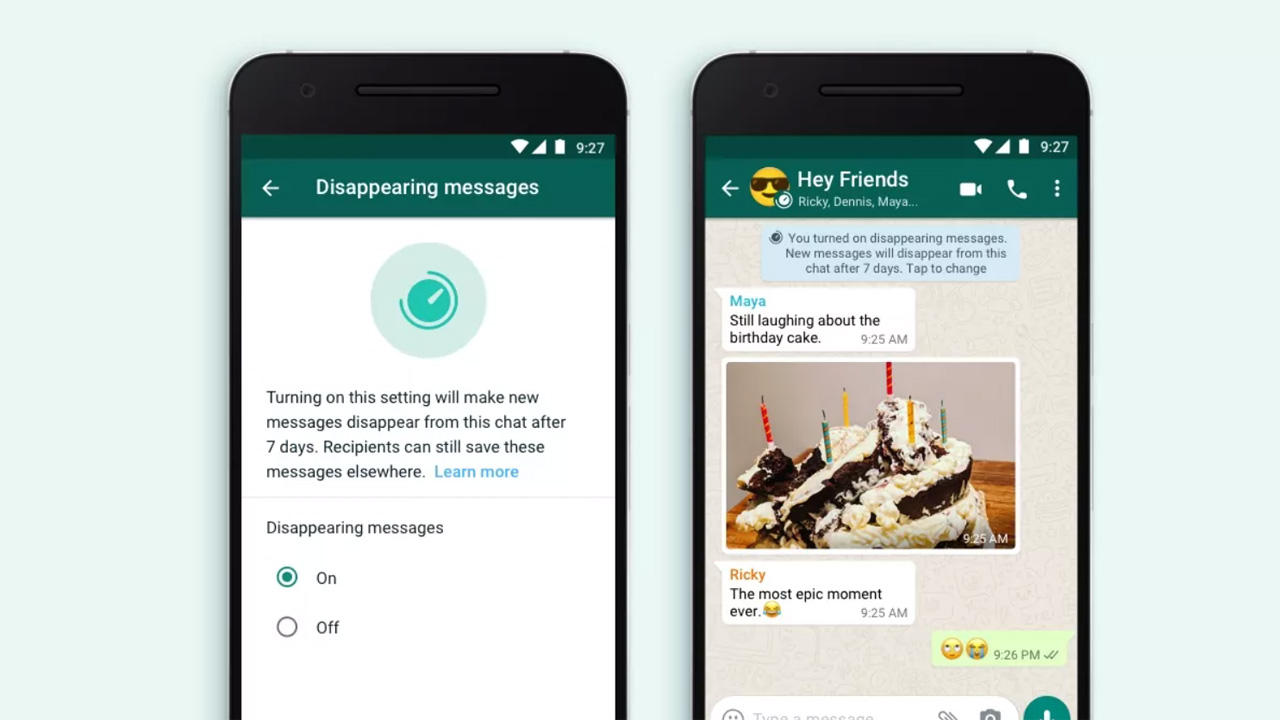 WhatsApp will roll out disappearing messages this month, allowing users on the Facebook-owned messaging app to have conversations fade into memory after seven days.

"Our goal is to make conversations on WhatsApp feel as close to in-person as possible, which means they shouldn’t have to stick around forever," the company said.

When the feature is turned on, new messages sent to a chat will disappear after seven days.

In a one-to-one chat, either person can turn disappearing messages on or off. In groups, admins will have control over the new feature. 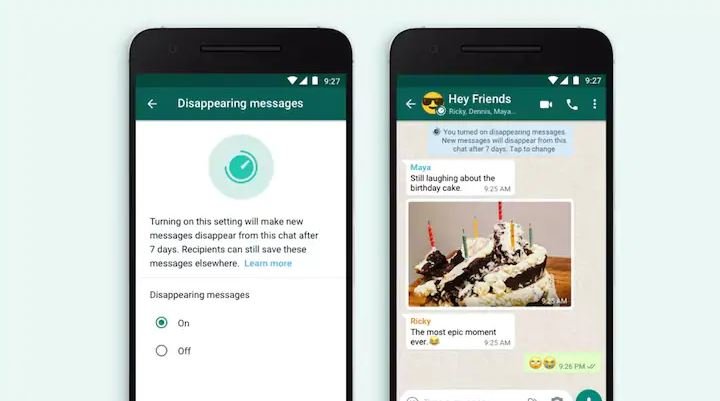 WhatsApp will roll out disappearing messages this month, the Facebook-owned company announced on Thursday.

"We’re starting with seven days because we think it offers peace of mind that conversations aren’t permanent while remaining practical so you don’t forget what you were chatting about," the company said. "The shopping list or store address you received a few days ago will be there while you need it, and then disappear after you don’t."

The app said in its FAQ post the new feature will also delete any photos or videos after seven days.

By default, any media received in WhatsApp will be automatically downloaded on the user's device.

"If disappearing messages are turned on, media sent in the chat will disappear but will be saved on the phone if auto-download is on," WhatsApp says.

The company said the new setting will not affect older messages that were previously sent or received in a chat. Only new messages will be affected when the new feature is enabled by either party.

Disappearing messages will be rolled out to all users this month, according to WhatsApp.