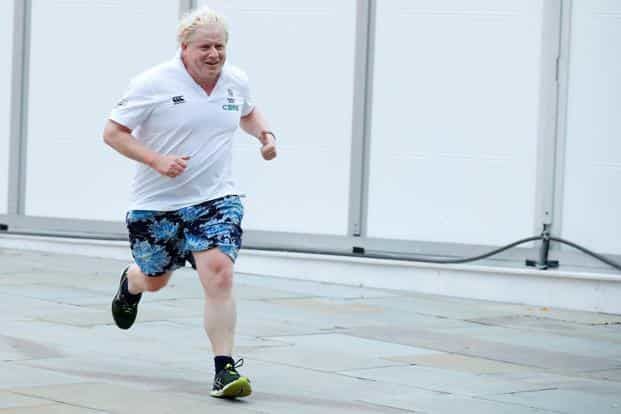 Dominic Cummings, former chief adviser to the UK prime minister, has this week published private WhatsApp messages with Boris Johnson. The chat shows how the messaging app, that is fully transparent to foreign powers in real time, dominates Westminster’s decision-making.
During the pandemic, all human life has been found on WhatsApp. As Britain battled through exhausting lockdowns, the nation’s socialising narrowed into manic streams of messages. A small green icon became our portal to the outside world.

The social network’s prevalence has spread to those running the country. Dominic Cummings, former chief adviser to the prime minister, has this week published private WhatsApps with Boris Johnson. Like any colleagues, the pair exchanged insults and ideas, namely about health secretary Matt Hancock, who Johnson called “totally fucking hopeless”.

In one sense, Cummings has committed a traditional act of treachery. All of us should be allowed to vent in private. If Johnson actually thought Hancock was useless, he would have been fired. Nor does the prime minister really want to see the “bodies pile high”, as the estranged aide has accused him of ranting.

But Cummings has also revealed the awesome power that WhatsApp holds in Whitehall. Twitter, Facebook and Instagram may be where the fun happens, but the messaging app has become the political communication method of choice. Power flows through the thousands of one-to-one exchanges and informal groups that have replaced emails and formal meetings when it comes to decision-making.

One senior government official, who declined to be named, calls WhatsApp “one long continuous meeting”, adding “everyone has it with them the whole time. It’s far easier than conference calls or pinging around emails.” But they acknowledge the downsides: “It does worry me that national decisions are made while people are texting in bed.”

The appeal lies in its ease. Politicos can slide from messaging their pub mates to ordering civil servants around in one tap. No one in Whitehall is certain of how official these discussions are, or whether they are secure: some, worried about backdoor access, have switched to Telegram and Signal. Others delete messages after seven days, shredding any “paper” trail.

The always-on nature of WhatsApp contributes to the increasingly frantic pace of Westminster life. Salma Shah, a special adviser for five years, likens its addictiveness to munching on a chocolate bar. “There’s a satisfaction in sending messages. But people confuse sending texts with doing actual work.” When she was in the Home Office, she would typically speak to 60 people via WhatsApp before 8am. “It’s very tiring and you are constantly engaged, trying to process all the messages.”

But Shah notes that the lack of formal integration is problematic. “The processes exist for a reason. If a secretary of state or prime minister decides something on a WhatsApp group, who is supposed to action it? There’s a risk that WhatsApp government is always a partial insight with no proper process.”

The app also encourages cliques. Cummings’ messages showed groups for “Covid: No10 co-ordination”, “Numberten action” and “CSA-CMO-Matt-PM-Dom” (the five most powerful people in the UK at that time). It is likely Cummings formed these groups and dictated their membership. For those excluded — the head of the civil service, say — tough luck.

When it comes to political journalism, WhatsApp is a godsend for transparency. With the press of two buttons, any exchange can be screenshotted and leaked. Over the past five years, it has become the single biggest aid in finding out what is actually going on.

WhatsApp’s political power goes beyond London: foreign leaders have their own groups for backchannel diplomacy. Johnson communicates with many via the app, which has raised eyebrows among diplomats at the Foreign Office. “How do we know if the right people are present when decisions with serious consequences are being made?” one says.

Westminster should ask itself: when is too much WhatsApp? During the pandemic, when in-person meetings were impossible, there was not much alternative. The app may now be dramatically reshaping politics, policymaking and the mental health of its users. But while it stays free, easy to use and relentlessly pinging in every political pocket, it will remain where the real power lies.
#Covid  #Boris Johnson  #Facebook
Add Comment