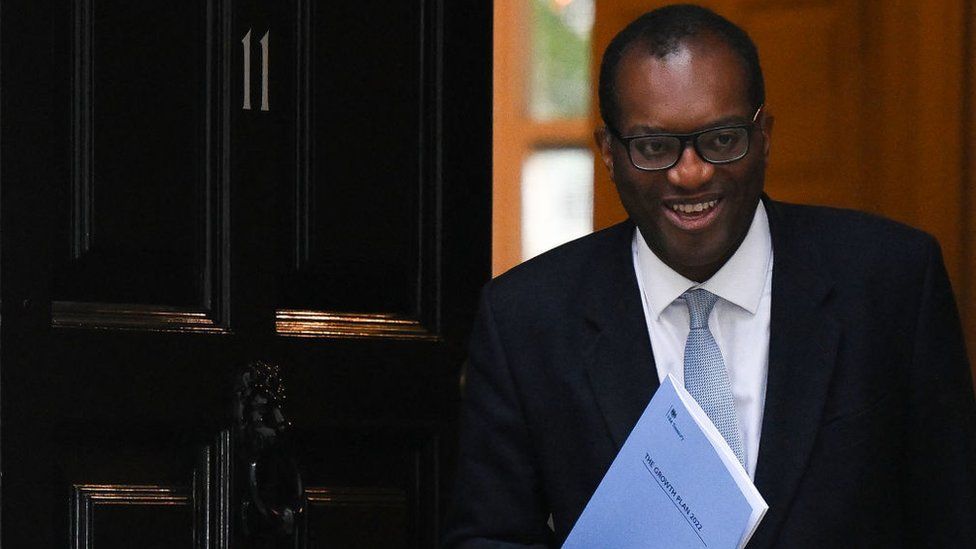 What the mini-budget means for Scotland

We've had three changes of prime minister in six years, each one setting out to refresh the Conservative government. Kwasi Kwarteng has served notice with his mini-budget that this is a more radical reversal and change of direction than we've seen before.

There are very big commitments to cut tax - rising from £4 billion to nearly £45 billion four years from now - with very few indications of how it is to be paid for.

The intention is to boost the growth path of the economy, and if that means more people making and spending more money, there should be a consequent rise in revenues with which to sustain spending levels.

That is a gamble, and it is all the riskier to be doing this while the economy is probably already in recession, business and consumer confidence is low, and unleashing tax cuts runs contrary to the efforts of the Bank of England to bring inflation under control with higher interest rates.

Several of the chancellor's measures will affect Scots, including the reversal of April's National Insurance increase for employers and employees, and retention of the corporation tax rate.

Scotch whisky distillers and brewers will welcome an end to planned reforms of alcohol duty. Retailers are pleased to see a new system to boost VAT-free shopping by foreign tourists. Reversal of tax reforms for self-employed people will also cover the whole UK.

But big elements will not apply in Scotland, including the cut in additional rate income tax from 45% to 40% on earnings above £150,000. The rate in Scotland remains at 46%.

A cut in basic rate tax from 20p in the pound to 19p does not apply in Scotland. The basic rate has different thresholds for Scottish taxpayers.

The chancellor's stamp duty cut for property transactions applies in England and Northern Ireland, while Scotland and Wales have different systems, which are diverging even more as the Treasury opts to raise the threshold at which transaction tax starts to be paid. 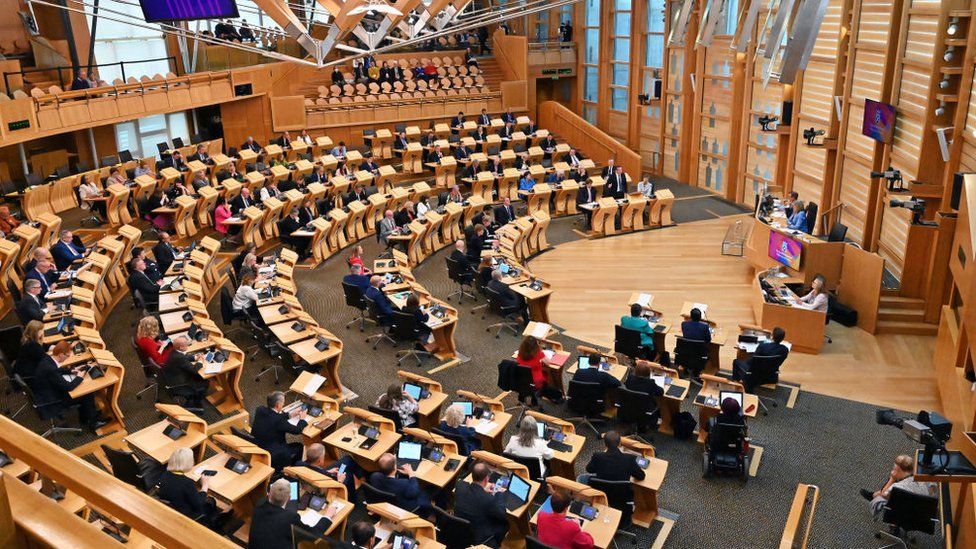 Holyrood ministers must decide how to use any extra money

What this will mean for Holyrood is an increase in block grant from the Treasury, of £630m spread over this year and the next two financial years.

A tax cut that doesn't apply to Scots is treated by the Treasury as a giveaway to non-Scottish individuals, and a proportionate share of that giveaway is handed to Holyrood, for Scottish ministers to deploy as they choose.

The effect of cutting basic rate income tax for the rest of the UK is a boost for Holyrood of £340m over next financial year and the year after.

A small part of the extra funds are added this year due to the immediate introduction of reduced property transaction tax in England and Northern Ireland. That element adds up to £170m over three years.

What can Holyrood ministers do with that money? They can cut tax in similar ways or different ways, or they can use that money to spend on different priorities.

A further reform of tax is in Investment Zones, going further than freeports to offer tax breaks on National Insurance, business rates and transactions tax.

The Treasury is already talking to councils in 38 areas of England about gaining that advantage, and it says it will also deploy this approach in Scotland, Wales and Northern Ireland.

As with freeports, it does not have control over several of the measures promised in England - business rates, property transaction tax, planning and some regulation. But it will challenge devolved administrations to join in or lose out.

There was little indication from Mr Kwarteng of a squeeze on spending to help pay for nearly £45bn of tax cuts, so the implication is of a big increase in borrowing and to both the annual deficit and Britain's pile of debt. Spending cuts may be for another day.