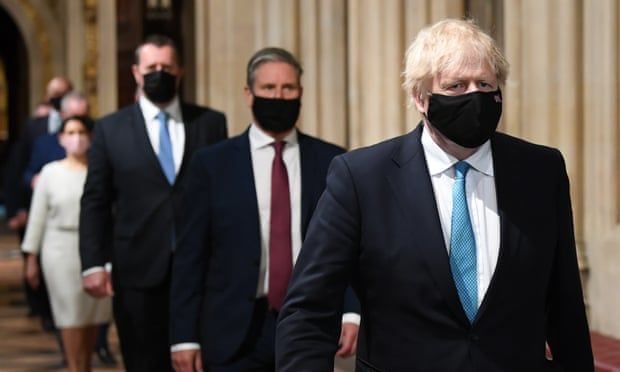 The Queen’s speech has set out more than two dozen planned bills for the government’s legislative programme in the coming parliament. Here’s what it contains – and what it misses out.

What is planned: As well as previously announced plans for various funds and levies intended to help more deprived areas, a key bill is one aimed at improving adult education, ensuring those who do not go to university also get a chance to study.

The intention: In her government-written speech, the Queen pledged plans to “level up” the UK, the central Boris Johnson phrase aimed largely at convincing voters in former Labour strongholds that the Conservatives are on their side.

What is planned: A series of measures including the subsidy control bill, which allows a new, domestic regime of state aid, and a bill on post-EU public procurement. Other plans include moves to allow the UK to recognise professional qualifications from other countries, new animal welfare laws, and the Turing scheme, an international student exchange programme to replace the EU’s Erasmus.

The intention: A certain proportion of this is simply legislative tidying up, but ministers will be keen to argue – perhaps not always with complete accuracy – that leaving the EU gives the UK much more flexibility in many areas.

What is planned: One of the main Queen’s speech measures is a proposed liberalisation of planning, intended to accelerate housebuilding. Other ideas include ending the practice of ground rents on new-build properties which multiply over time, and new rights for renters. There will be a new building safety bill, to formalise a post-Grenfell regulatory system.

The intention: Ministers are hugely aware homeowners are more likely to vote Conservative and want to create many more of them. However, successive governments have tried and failed, and it is by no means clear that planning is the main blockage for new housing.

What is planned: A health and care bill will put into legislative form plans already outlined to shake up the structure of NHS England, giving ministers much more direct control. Other plans involve more preventive health efforts, including measures connected to obesity, such as banning junk food adverts online and before 9pm on TV.

The intention: Johnson was previously a fierce opponent of what he called “nanny state” rules on areas like food. But his own brush with mortality from Covid, which the PM believes was caused by his weight, has made him a fan of efforts to reduce obesity levels.

What is planned: An electoral integrity bill will make it mandatory for voters to show photo ID in future elections. The dissolution and calling of parliament bill will remove the Fixed-term Parliaments Act, allowing the government to choose the date of an election without a vote in the Commons.

The intention: According to civil rights groups, both in the UK and US, mandatory voter ID where there is no evidence of significant voter impersonation is little more than electoral suppression, disproportionately affecting younger and more vulnerable voters, who are less likely to be Conservatives. The government rejects this, saying the plan is needed to give voters faith in the integrity of elections.

What is planned: The main measure is the police, crime, sentencing and courts bill, which both increases the sentences for some offences, and adds restrictions to the right of protest. Also promised is a plan to help courts reduce backlogs exacerbated by Covid, a new violence against women and girls strategy, and a draft victims bill.

The intention: The policing bill has already prompted angry demonstrations against its protest-curbing powers. Ministers have deliberately packaged this with plans for longer sentences so it can argue that MPs who opposed to the bill are weak on crime. The plan to reduce court delays is an acknowledgment of the real issues with this – there is little point arresting more people if they then have to wait three years for trial.

What is planned: Already outlined by Priti Patel, the home secretary, this would make it significantly harder for people to claim asylum in the UK, particularly if they have travelled through a designated “safe” country first.

The intention: This is populist in aim, directed at voters who are worried by TV footage of refugees arriving in the UK unofficially in small boats from France. If, as expected, the plan is challenged by the UN refugee agency and charities, this could help ministers by appearing to stand up to liberal do-gooders.

What is planned: A higher education (freedom of speech) bill would create a new free speech champion, and give those denied the chance to speak new responses, such as suing a university. The judicial review bill will make challenging the government via the courts harder.

The intention: With the higher education bill, this is largely about optics. Studies have shown minimal examples of speakers being “de-platformed”, but it is a popular subject for government-friendly newspapers. The curbs on judicial review will both reduce scrutiny of ministers’ actions, and can be billed as a way of combating “lefty lawyers”.

What is planned: A bill for the next stage of the HS2 rail scheme, from Crewe to Manchester; plans to improve local rail and bus services; and a planned extension of fast broadband and 5G mobile coverage.

What is planned: A long-expected environment bill, intended to impose legally binding environmental targets, as well as a more general investment in green jobs.

The intention: The UK is hosting the crucial Cop26 climate summit in autumn, and ministers are keen to show they are serious about the issues – even if critics suggest the measures so far are underwhelming.

What is planned: Promised laws include a counter-state threats bill, to better combat “hostile activity by states and actors”; a telecommunications security bill; and already-announced plans to boost defence spending.

The intention: To adapt the UK to a world of changing national security threats.

What is planned: One bill will create the Advanced Research and Invention Agency, a “blue skies” research body championed by Dominic Cummings. Other plans include allowing dormant assets in banks to be passed to good causes, and a ban on conversion practices.

The intention: These are all existing plans. On conversion practices, LGBT groups will be watchful in case there are broad religious exemptions to the ban.

Social care: The speech said only that “proposals on social care reform will be brought forward”, with no timetable for an actual plan. This is despite the fact that in his first speech as prime minister, Johnson said he had a plan for the underfunded and chaotic system.

Protection for women: Equality campaigners have criticised the lack of any reference to the long-promised employment bill, which they had hoped would provide greater protections for pregnant women against being made redundant, among other areas. The government has also been promising a review of Shared Parental Leave which campaigners have labelled a “deeply flawed and chronically failing policy”. The Women’s Budget Group said there was no mention of help for the early years childcare sector, which it said was facing an “unprecedented crisis.”

Renters’ reform bill: This had been planned, and would have introduced measures to help tenants such as an end to so-called “no fault” evictions. But in the speech the bill has disappeared, replaced by non-legislative plans to “reform” the sector.