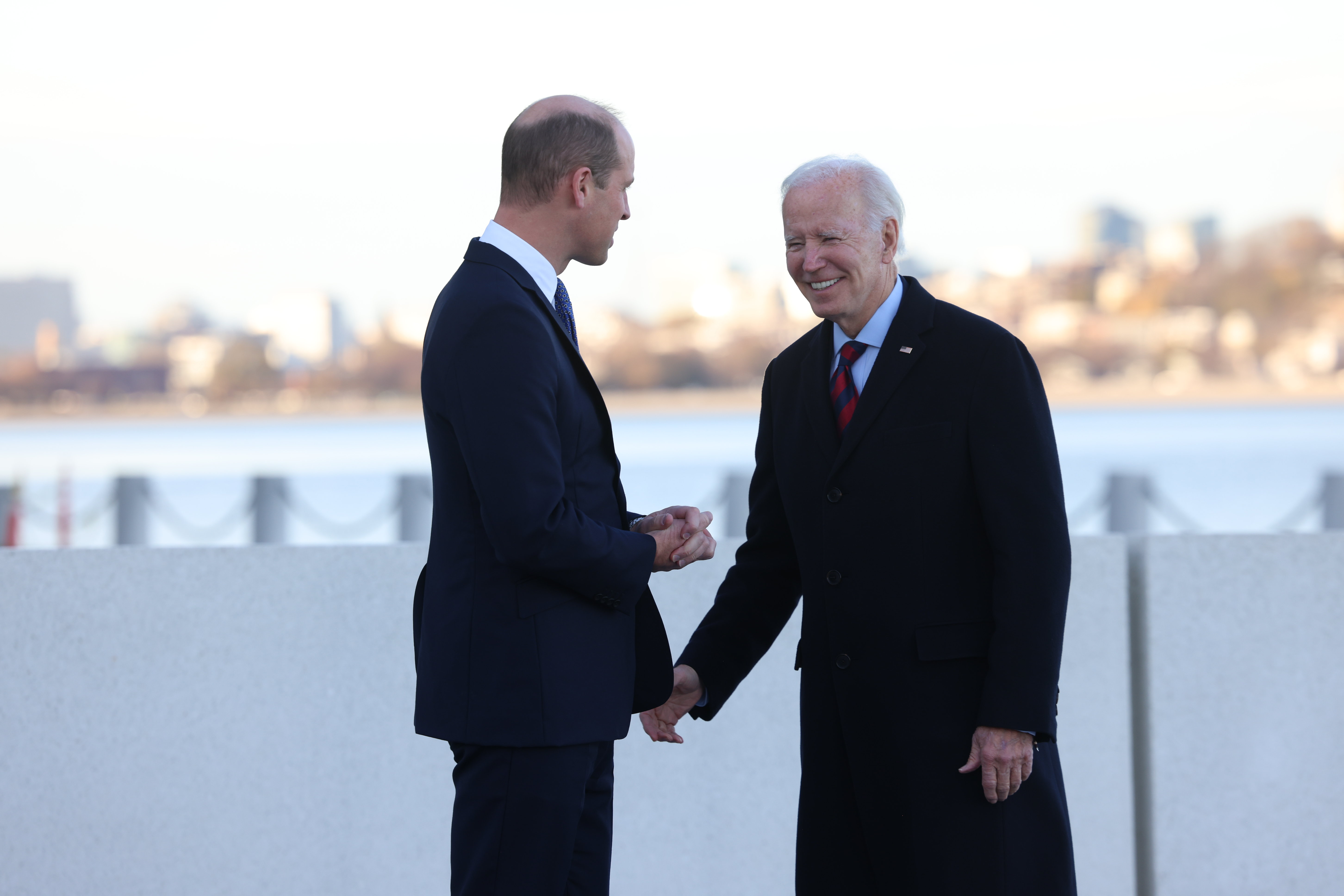 What happened when Biden and the Royals came to Boston

Union members in Dorchester held a phone bank Biden could use to show his solidarity with labor after he signed a bill averting a freight rail workers’ strike Friday.

President Joe Biden returned to Boston on Friday for a whirlwind afternoon that began with a Prince William meeting and ended with a fundraiser for the vulnerable Democratic senator ahead of Tuesday’s Georgia runoff election.

But it was the union-sponsored phone bank that underscored the dual purposes of Biden’s hastily thrown-together trip — finding a safe way to help Warnock and showing off his union support hours after he signed a controversial bill averting a freight rail workers’ strike.

A grinning Biden was met with a standing ovation and a “we love you, Joe” at the International Brotherhood of Electrical Workers Local 103 in Dorchester as photographers clicked away. A few union members wore “IBEW FOR JOE” t-shirts. A plastic bag full of buttons with Biden’s name on them sat on a table by the door. 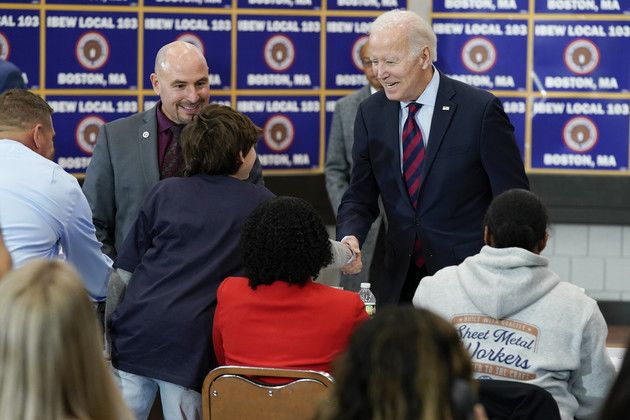 The IBEW provided friendly territory for Biden. It’s a few blocks from Labor Secretary Marty Walsh’s home in Boston’s Dorchester neighborhood. The union hosted Vice President Kamala Harris for an abortion-access roundtable in August. Lou Antonellis, the Local 103 business manager, told reporters that “the president has already established himself as the most pro-labor, pro-worker president in the history of the United States.” He declined to answer questions about the president’s handling of the rail strike.

While Biden basked in the glow of the IBEW’s goodwill, the phone bank for Warnock was relatively brief. Members began making calls only about 45 minutes before the president entered the room. Sen. Elizabeth Warren, who joined in alongside fellow Massachusetts Democratic Sen. Ed Markey, could be heard talking to someone who said they were in New York. Press were ushered out of the function room after the president took a few selfies and made a few calls. A few minutes after he left, many of the dialers picked up boxes of leftover pizza and headed for the door.

And just miles away, where Biden met the prince, a couple hundred activists, including railroad workers and members of the Democratic Socialists of America, were protesting the president for forcing the contract deal that averted the rail strike but left workers without the ability to fight for paid sick leave.

Biden likely made up for it at a Democratic Senatorial Campaign Committee fundraiser — the original reason for his return to Massachusetts less than a week after he left Nantucket — with Warren and Markey at a private residence in Boston’s pricey Beacon Hill neighborhood where he reiterated the need for Democrats to gain the upper hand in the Senate that’s currently split 50-50.


Biden has no plans to visit Georgia ahead of Tuesday. Instead, by campaigning for Warnock some 1,000 miles away, the president is continuing his successful midterm strategy of helping from a distance. Biden aides told the Associated Press that Warnock’s campaign requested the Boston trip. And deep-pocketed Massachusetts is as good a place as any to help replenish the coffers Senate Democrats’ campaign arm drained by pouring millions into Warnock’s runoff election against Republican Herschel Walker.

Yet Biden drew the most attention Friday for his meeting with the Prince of Wales at the John F. Kennedy Library for a mostly private meeting in which the two took in the “spectacular” skyline view and shared “warm memories” of the late Queen Elizabeth II, according to pool reports.

The two also share an affinity for the late president. The British royals were concluding a three-day tour of Boston on Friday that culminated in their Earthshot climate innovator prize awards — an initiative named after Kennedy’s famed “moonshot” speech. Biden delivered remarks on his administration’s similarly named cancer moonshot initiative during a visit to the library in September.