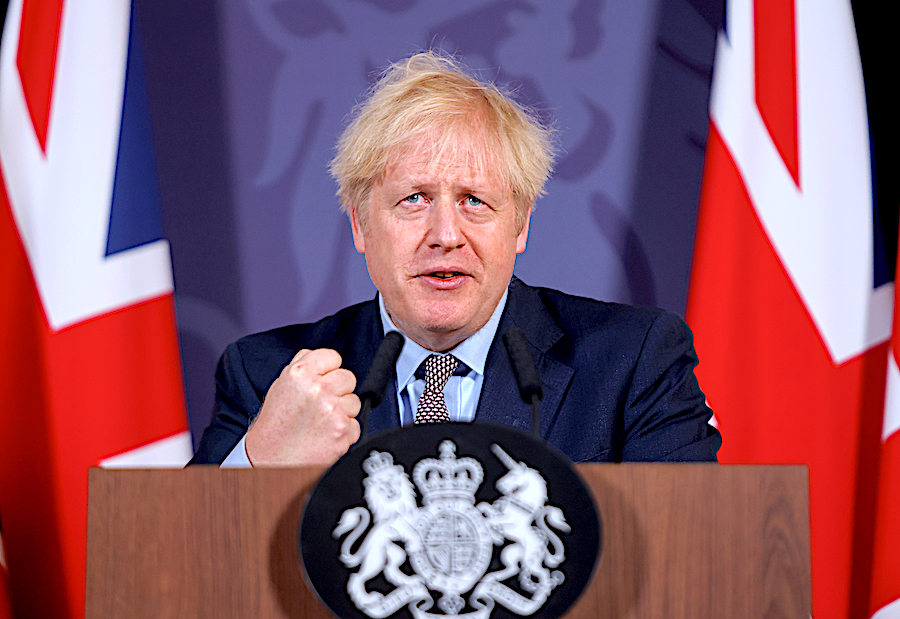 What Does the Brexit Deal Mean for Financial Services?

The U.K. government and the European Union have agreed a trade deal to replace current arrangements which end on New Year’s Eve when the Brexit process is completed.

Britain left the European Union on Jan. 31 but kept EU legislation during a transition period this year. EU law will no longer apply in the U.K. from Jan. 1. The U.K. voted to leave the EU in a June 2016 referendum and politicians have spent four tumultuous years trying to agree new terms for the country’s relationship with the remaining 27 nations in the EU bloc, its largest trading partner.

London’s financial markets prospered in the last four decades as the U.K. capital became the pre-eminent EU hub for lending, trading and investing.

Now outside the EU, the future size and influence of the city’s finance industry is in question. The financial services sector has the biggest trade surplus of any industry in the U.K., with exports in 2019 of £79 billion, equivalent to $106 billion.

1. Does the deal include financial services?

The deal ensures tariff-free trade for goods will continue and details how the two economies will interact on issues ranging from security cooperation to fishing rights but it isn’t entirely clear how it will affect financial services.

Both sides had agreed during the negotiations to discuss financial services separately. The U.K. government said in a document published Thursday that the agreement includes provisions to support trade in services, including financial services and legal services.

“This will provide many U.K. service suppliers with legal guarantees that they will not face barriers to trade when selling into the EU and will support the mobility of U.K. professionals who will continue to do business across the EU,” according to the document.

The agreement includes what the U.K. government described as “groundbreaking provisions” on legal services which allow U.K. lawyers to advise clients across the EU on U.K. and public international law, except where EU members place specific limits on this.

From Jan. 1, U.K.-based financial institutions lose automatic access to the EU’s single market. To serve customers in the EU next year, U.K.-based institutions will have to be granted equivalence rights, under which the EU allows them to conduct certain financial activities. Equivalence rights can be withdrawn at short notice. So far the EU has granted temporary equivalence rights to British clearinghouses, which operate between buyers and sellers in trades and pledge to complete the deal even if one side reneges. London has much of this financial plumbing, which manages trillions of dollars of derivatives contracts every day.

The sides will continue discussing how to move forward on granting equivalence and pledged to codify a framework for regulatory cooperation.

2. How will the deal affect the finance industry?

The agreement will improve relations between politicians and regulators on both sides. That is likely to have consequences for U.K.-based financial firms which want the EU to grant more equivalence decisions allowing them to access the single market. On Dec. 9, the International Swaps and Derivatives Association wrote to the EU urging them to grant equivalence for U.K. derivatives trading venues. The letter was sent after EU regulators announced rules on Nov. 25 that will prevent London-based derivatives traders at EU banks from continuing business seamlessly after Brexit is completed.

3. How has Brexit impacted U.K. financial services so far?

EU regulators want certain business currently conducted in London to take place in the EU. Banks and fund managers have relocated £1.2 trillion of assets to the EU from the U.K. following the 2016 Brexit vote, and more than 7,500 jobs have left the country in the same period, according to accounting firm Ernst & Young. Since the referendum, 44 firms have announced plans to make local hires in the EU for 2,850 existing or newly created roles, according to Ernst & Young. Dublin, Luxembourg, Frankfurt, Paris and Amsterdam are among the main beneficiaries of jobs and assets moving out of London.

4. What are people saying?

Following the announcement of the agreement Thursday, The Association for Financial Markets in Europe said in a statement that it was important that the EU and the UK now urgently put in place outstanding equivalence decisions to mitigate disruption at the end of the transition period.

Bob Wigley, chair of UK Finance, the trade association for financial services firms, said there was more work to be done.

“It will be important to build on the foundations of this trade deal by strengthening arrangements for future trade in financial services,” he said in a statement. “This can be achieved by building on the longstanding regulatory dialogue and supervisory cooperation between UK and EU authorities and reaching agreements on all appropriate equivalence determinations as soon as possible.”

Catherine McGuinness, the policy chair of the City of London, the council which manages London’s financial district, said the free-trade agreement is positive news.

“We hope it can lay the foundations for a collaborative future partnership,” Ms. McGuinness said in a statement. “We also urge both sides to continue to work on other outstanding issues, including agreeing a framework for regulatory and supervisory cooperation.