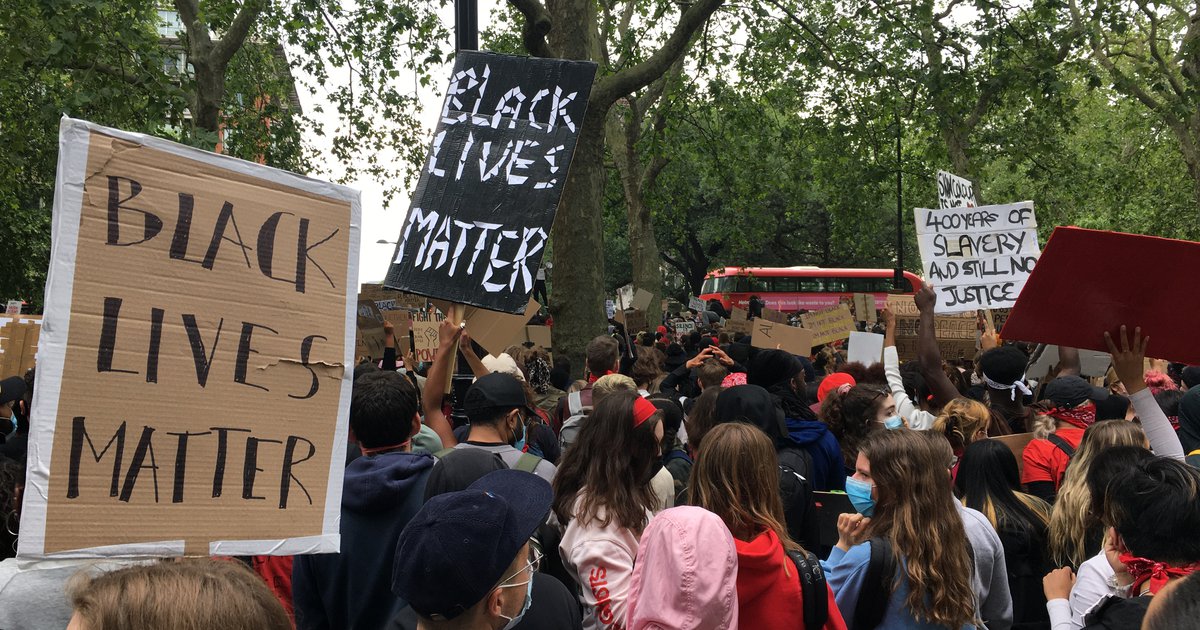 Black Lives Matter (BLM) has generated a momentum for tackling racism, but it has also provoked questions about what kind of approaches can help address issues of discrimination. One approach that has received criticism in recent years in Britain is multiculturalism. ‘Multiculturalism has failed’ has been a common refrain in recent years in academic, political and policy discourse in the country.

A more recent and specific charge is that multiculturalism, which emphasises ethnicity and forms of cultural racism, has failed Black people specifically and led to the rise of BLM in Britain. Something of this also seems to be reflected in Black Lives Matter UK registering under the name Black Liberation Movement UK and focussing on African and Caribbean communities in Britain.

In light of this critique, questions arise about the relationship between BLM and multiculturalism. Are they mutually exclusive or even opposed? Does a multiculturalism-based approach exacerbate problems rather than offer solutions?

Thus, in order to address the issues that BLM has helped put front and centre of political and public debate, it is important to understand these inaccuracies and, subsequently, see what an approach rooted in multiculturalism offers for tackling forms of racism in Britain.

One claim is that racism affects Black people more than any other ethnic minority and that this can be seen across all areas, such as employment, criminal justice and education. However, this might not be as accurate as we might think which results in possibly misdiagnosing the conditions of racism in Britain.

For example, in employment, Asians, Pakistanis and Bangladeshis all have a lower percentage of employment for 16 to 64 year olds. In criminal justice, however, Black people do face much higher stop and search and arrest rates than other ethnic groups but not when it comes to average custodial sentence length or conviction ratio (the percentage of defendants convicted out of all those prosecuted).

In education, there is a negligible difference between Black and white attainment when leaving secondary school. Black Britons do have lower levels of degree classification than other ethnic minorities at university, but when it comes to sustained employment and levels of post-graduate earnings, the picture is far more mixed.

On health measures, the picture is mixed also. This has been lain bare by the disproportionately negative impact COVID-19 has had on ethnic minorities, and where those of Bangladeshi heritage have the highest death rate.

This is not to say that anti-Black racism isn’t an important issue, but that it is not the only issue or the most decisive across the board. The picture is more complex and so requires a more complex way of understanding and addressing the problems.

Moreover, whereas overall trends of racism and religious discrimination may show decline, and the general situation has undoubtedly improved despite claims to the contrary and albeit there is still a long way to go, the trend for discrimination against Muslims shows the reverse.

Surveys have routinely found harder attitudes towards Muslims than ethnic diversity more generally across a number of measures. If these types of discrimination are to be addressed, they must be understood in this more complex picture, where ideas and perceptions of ‘race’, ethnicity, culture and religion are at work. It is here that an understanding rooted in multiculturalism becomes important.

Multiculturalism has also been charged with both creating ‘parallel lives’ and collapsing into a generic human rights, ‘equality for all’ discourse. Yet, both of these contrasting positions are a mischaracterisation of multiculturalism as it has developed in Britain. By understanding multiculturalism more accurately, we can see what it has to offer not just for our understanding of what the issues of racism are, but also how we might address them.

Multiculturalism in Britain developed out of the anti-racism struggles of the 1970s and 1980s to point out the need to attend to different ‘logics’ of racism. It brought forth the idea that discrimination can also be on the grounds of cultural difference.

It showed how anti-Asian and anti-Muslim forms of racism vilify or ‘other’ people on the basis of ethnicity, religion and culture, rather than just race. For example, multiculturalists such as Tariq Modood have been at the forefront of conceptualising Islamophobia as a form of ‘cultural racism’.

Anti-racism in Britain has increasingly incorporated thinking in terms of ethnic and religious minorities in order to reflect the multi-ethnic and multi-religious character of Britain and to address various forms and ‘targets’ of racism. Multicultural scholars have been at the forefront of this to offer a more nuanced conception of anti-racism.

Multiculturalism recognises and respects identities that groups themselves give importance to, emphasising that we must be ‘even-handed’ between different identity formations.

Indeed, Muslims’ claims for recognition of their identities as Muslims were in part a response to the inadequacy of earlier forms of anti-racism based in ‘political blackness’ to recognise both the specific forms of discrimination they face as well as their own sense of ethno-religious identity as Muslims.

Notable accommodations have been granted on the basis of ethnicity since the 1980s following specific claims by different groups.

Religion was also absent from early discrimination legislation and accommodations. In 2001 a religion question was included in the England and Wales census for the first time in a hundred and fifty years, largely a result of lobbying on the part of British Muslim organisations.

All of these are positive aspects of the multiculturalism approach. The way multiculturalism addresses discrimination and inequality is important if we are to map a constructive path to addressing the issues that have gained a renewed sense of prominence in public debates. This is how to reimagine Britain and Britishness in a way that is inclusive of its multi-religious and multi-ethnic makeup so that Britain might “flourish as a community of citizens and communities”.

None of this is to oppose BLM, but rather to suggest that multiculturalism offers important insights and contributes to the present fight against racism and for the future of multi-ethnic and multi-religious Britain.