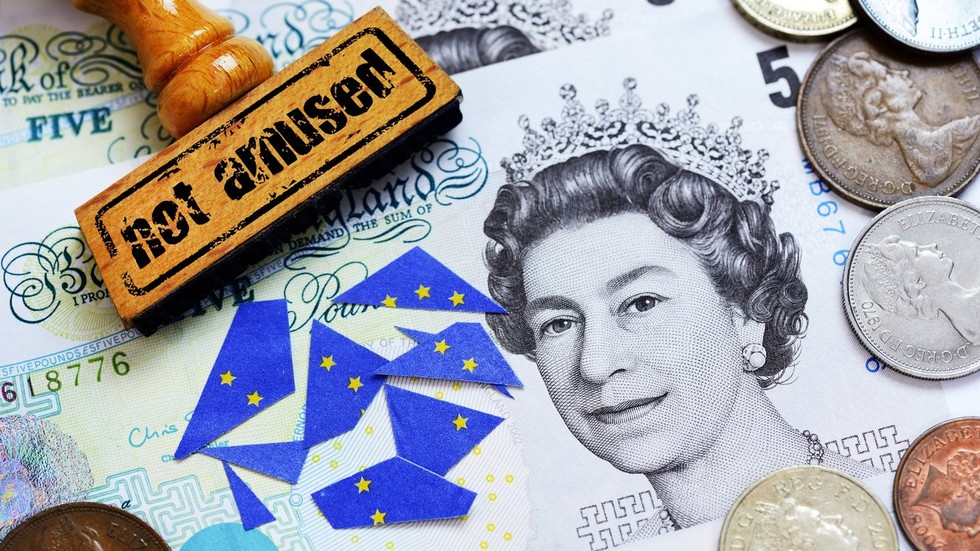 ‘We don’t recognise that figure’: London & Brussels at odds over UK’s liabilities under Brexit divorce agreement

The UK has rejected the EU’s estimate of the Brexit settlement cost included in the bloc’s latest accounts report, which amounts to over €47 billion. It does not reflect the money the EU owes the UK, London argues.
The sum Brussels expects to receive from London as part of the Brexit Withdrawal Agreement has recently been made public. First revealed in the EU’s annual accounts report for 2020, it was picked up by Irish broadcaster RTE on Thursday.

Another article says that London must also cover the cost of 12.6 percent of salaries and pensions for EU officials, MEPs, and commissioners owed by the EU as of the end of 2020.

“We don't recognise that figure,” Prime Minister Boris Johnson's spokesman told media, referring to the EU’s latest estimate. “It's an estimate produced by the EU for its own internal accounting purposes. For example, it doesn't reflect all the money owed back to the UK, which reduces the amount we pay.”

The EU’s report only mentions €2.1 billion the bloc owes to the UK, related to various fines imposed by the EU that are returned to member states.

Europe also apparently does not plan to give up easily. “All the calculations have been carried out in line with the provisions of the Withdrawal Agreement,” an EU spokesperson said, responding to the British criticism. “The report is final.”
#Boris Johnson
Add Comment