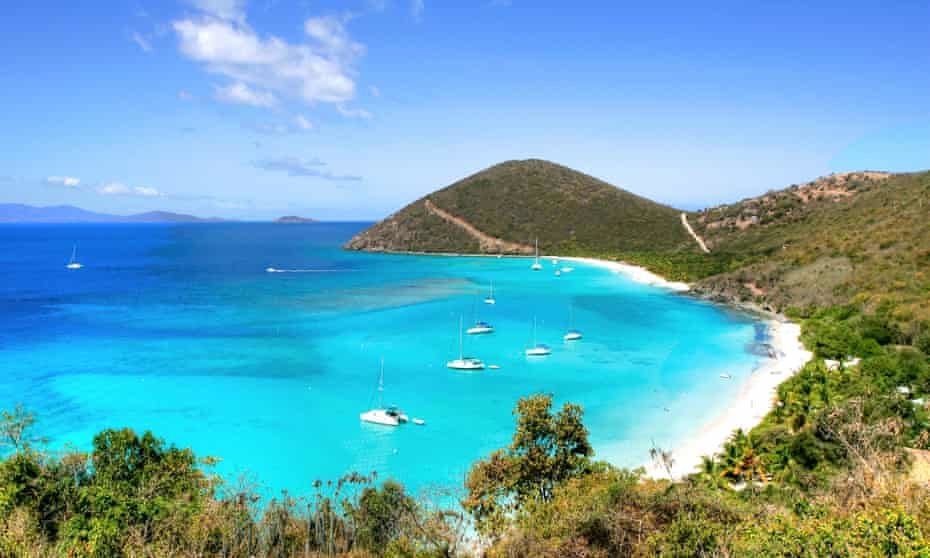 Andrew Fahie accuses former governor Gus Jaspert of making untrue claims about islands at UK inquiry
The premier of the British Virgin Islands has praised Sir Geoffrey Cox, after claiming that there is no evidence of corruption on the islands at a UK commission of inquiry (CoI).

Andrew Fahie, the elected prime minister of the islands, also accused the British government’s former appointed governor Gus Jaspert of making irresponsible claims that only damage the reputation of the islands.

The inquiry, which is due to report as early as January, shot into the headlines when it was revealed that Cox, a Tory MP and former attorney general, has been representing the ministers at the hearing and earning hundreds of thousands of pounds.

Fahie praised Cox and his legal team for doing a great job and said he and his fellow BVI ministers would be vindicated, claiming: “Lie has speed, but truth has endurance.”

In London, where he was attending an annual meeting of representatives of overseas territories with ministers, he said there would be no reason for him to resign and emphasised the steps being taken to reform governance and integrity.

It is not clear if Cox will appear at a final public hearing due to be held on 24 November after criticism in the British media over second jobs.

Fahie said the controversy surrounding Cox was a matter for British politics, and that he was more intent on defending his administration’s reputation, as well as keeping alive the hope of greater independence from the UK.

He said of the legal firm Withers, hired by the BVI government: “They hired Sir Geoffrey. He has done exceptionally well with the team to defend us. Their legal skills have been a rare hope for us during the commission of the inquiry, but we leave the politics to the UK.”

He said: “The key to any country is its reputation, but so far, and thank God for that, there is no evidence provided in the CoI showing that the BVI is corrupt. We have provided them with over 200,000 papers.”

Faced by claims made by the previous governor that senior figures were involved in drug-running, he said: “I find that statement very irresponsible. It is clear from the inquiry there is no evidence to back up what he is saying, and it would be interesting to see if he would be willing to say that outside the protection of the inquiry as a private citizen. In saying that, he did not bear in mind the reputation of the BVI, families, the economy.”

Pressed on the lack of a proper audit trail, he said all moneys reach their target and occasionally – while Covid-19 was prevalent – it was a tense time.

He said: “It is true the administration needs to be modernised, but with the new governor we have moved already to a public-sector transformation.”

He added his task was to prepare people for the journey constitutionally for whatever direction they take.

“The people have to decide on self-determination. It is a debate we have had, off and on, for years. If they want a referendum on this they will indicate that through their representatives.

“Our duty is to prepare the country. What you do with your children is get them though elementary school, high school, college and the world of work, so you put them in a positive state for whatever direction they choose to take, if it is self-determination or association status.”

During the inquiry, the commissioner, Sir Gary Hickinbottom, said: “It’s clear from the evidence I’ve seen, to put it mildly, that governance in the BVI is not all that it should be.

“I will have to determine in various areas the state of governance. But the evidence in some areas is pretty clear.”
#Commission of Inquiry  #Hickinbottom  #COVID-19  #Fahie  #Covid  #CoI
Add Comment