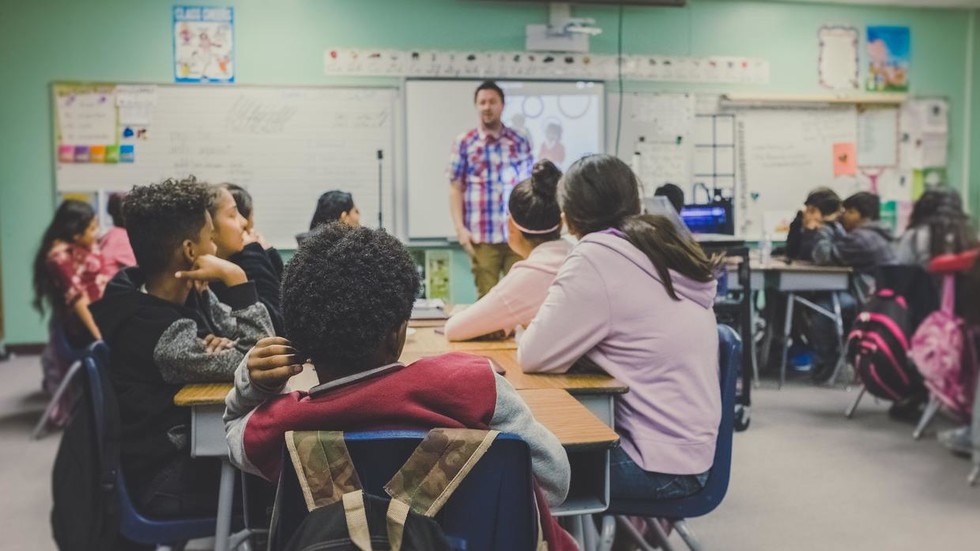 Wayne Dupree: Have we really become a society where free thought and dialogue are feared rather than embraced?

The greatest threat to the US is the progressive left’s radical Marxism. These programs, supported by government and ‘woke’ private business, are trying to instill in children values that only bring violence, vitriol and division.

This danger to our Republic and national security is exacerbated by lies about systemic racism and supposed hatred by anyone who disagrees with the left’s radical agenda, and nowhere is this agenda more apparent than in public education.

There are increasingly few reasons for parents to rely on anonymous public educators to teach their children what is actually important for their long-term well-being. Instead, kids’ heads are being filled with intersectional leftist dogma. Homeschooling has its challenges but, unless we take drastic action, I’m convinced it will be the only way to produce more balanced children, ready for higher education and the real world.

If we want to save the public schools, parents have to engage with schools and school boards. For as long as I can remember, the liberal left has pushed for only “educational scholars” (ie Doctors of Education already steeped in leftwing politics) to be worthy of school-board membership. It is well past time common sense moms and dads ran for their local boards and took back our schools.

American schools and universities need a major change. Their purpose should be to educate and teach students to think independently, not indoctrinate them. Kids should be studying and learning the lessons of Fahrenheit 451, not participating in an online reenactment of the storyline.

We have transitioned to a society where debate and dialogue are feared rather than embraced. This is a major sign of a society in decline. Cancel culture under the guise of “anti-racism” is far more dangerous than any other social issue we face as a society, it is the death of free thought.

On top of this internal problem we also face the challenge of unfettered illegal immigration, that will inevitably impact the school system. On this front, the damage Joe Biden has done in the past seven months leaves one wondering what on earth he is going to do next.

Just the other day, I wrote of how I agreed with the federal judge that nixed Barack Obama’s DACA executive order. Look at who Biden is allowing into the country illegally, there are illegal aliens from more than 60 countries who have been shipped all over the US and will be taken care of by your tax dollars. Given that many of these migrants are minors, an urgent consideration must be given to how this influx will affect our public schools?

To my mind, it begs three questions:
1. Will it hold your child back from the education they deserve?
2. Will classrooms become overcrowded?
3. Will your child get the attention they may need?

The US has already lowered standards to accommodate various groups of students. Across the country, woke officials are debasing the curriculum on the bogus basis of ‘decolonizing education,’ which has led to insidious ideologies like critical race theory being taught, to outright nonsense like suggesting math is ‘racist.’ What I find extremely objectionable is that some teachers are forcing their ideas and beliefs on our children, often without our knowledge. Children are not born racist, and teachers have no business telling them they are innately oppressors or victims – they are children.

This all starts at the top, and it doesn’t matter what the political party's name is. By not being a true leader for the American people, Biden is handing the country to the Democratic left’s version of socialism. History tells us Democrats do not know how to run things; they just throw money at a situation and hope their crazy ideas somehow materialize. Then, after they inevitably don’t, it is all blamed on some amorphous nonsense like structural racism, the patriarchy or whatever the woke buzzword of the day happens to be.

Biden should be focusing on what is really important, our economy, providing our children with an education that enables them to compete in a global marketplace and making the US stronger. Parents should benchmark the US against other countries’ educational systems and try to enhance our American curriculum. Is that too hard for the powers that be to do? If not, then why aren’t they doing it? The answer is easy. They don’t know how, and they don’t care.

Before I leave you, let me add one important caveat to this article. Americans across this country need to realize our mainstream media actively runs a massive program to distract citizens. Any socialist know the key to their success is to keep the masses focused on something else while they smuggle Marxism into every level of the US education system.

Over the last four years, we have been waking up to how deeply this sinister philosophy has crept into our education system. Education in America is transforming into a Marxist RE-EDUCATION system, and that has been able to occur because of our lack of vigilance.

We must know the names of all parties in every school board, and those parties need to explain to those who vote them in (or vote them out) where they stand on matters that are important to the public, who they are sworn to serve. If your local board of education is out of touch with the parents, go to your County Recorder office and file a petition for a recall election on the school board members. With parents going house to house, sending letters, email, or texts messages, these patriot-hating Marxists will all soon be out of a job! It's already underway in many school districts. Recall elections and petition requests on public school board members are going to hit the roof, and about time, too!