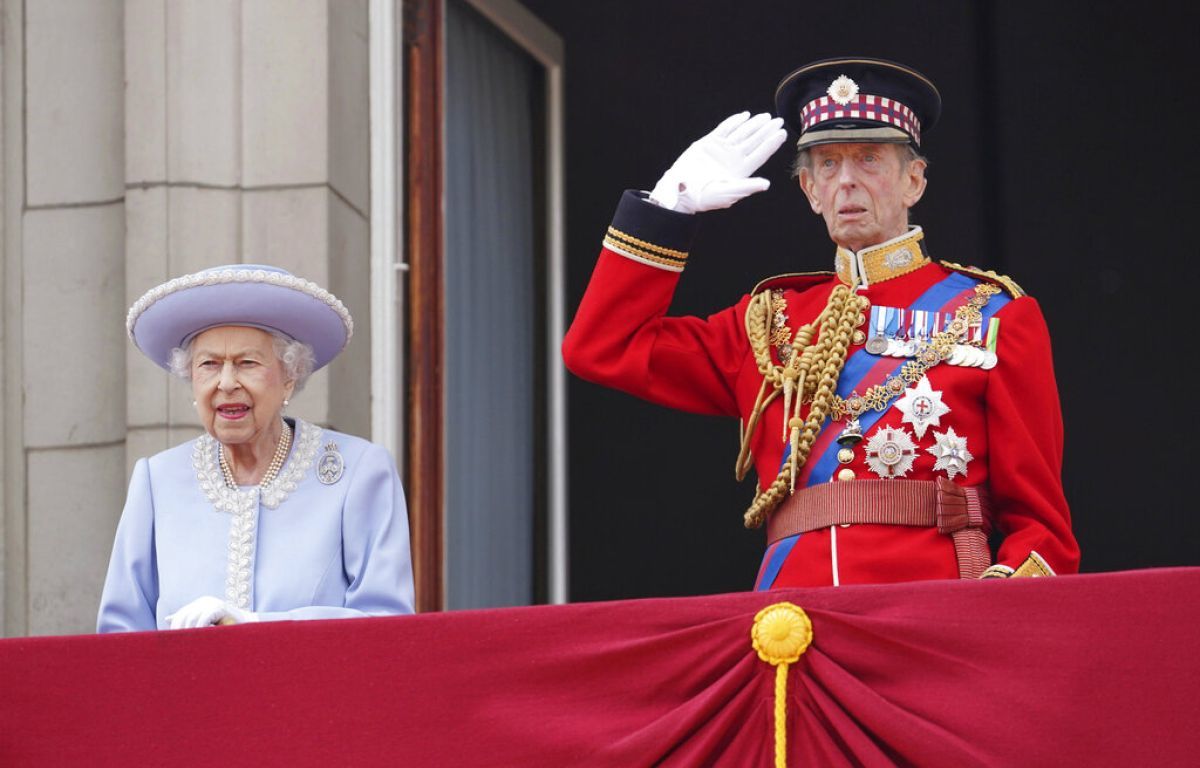 The Queen watched the Trooping the Colour parade from the royal balcony.

The Queen has appeared on the Buckingham Palace balcony as part of official celebrations for her Platinum Jubilee.

The 96-year-old monarch was seen inspecting troops returning from the Trooping the Colour ceremony.

She was joined by her cousin, the Duke of Kent, and was greeted by cheers from the crowds.