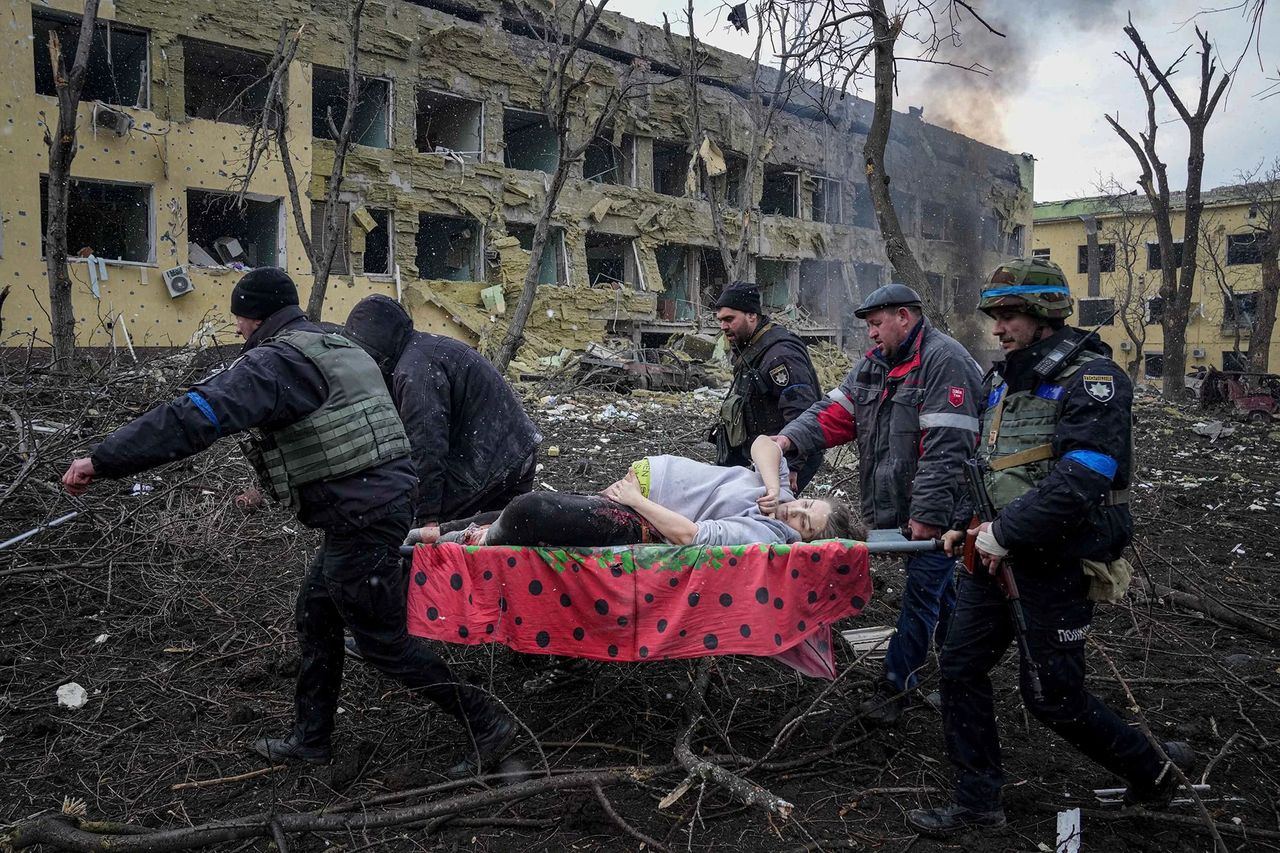 President Volodymyr Zelensky said people were trapped under the rubble following the attack.
A maternity and children's hospital in the city of Mariupol has been hit by a Russian air strike, Ukraine says.

President Volodymyr Zelensky said people were trapped under the wreckage, and called on Western leaders to impose a no-fly zone.

He also posted footage apparently from inside the hospital, which appeared badly damaged.
A regional official told Ukrainian media that at least 17 people were injured, including staff and patients.

Pavlo Kyrylenko, the head of the Donetsk regional administration which includes the port city of Mariupol, said no deaths had been confirmed, and there were no confirmed injuries amongst children. He said the attack happened during an agreed ceasefire with the Russian side, according to Interfax Ukraine.

The Mariupol city council said the strike had caused "colossal damage", and published footage showing burned out buildings, destroyed cars and a huge crater outside the hospital. The BBC has verified the location of the videos.

"We don't understand how it's possible in modern life to bomb a children's hospital. People cannot believe that it's true," Mariupol Deputy Mayor Serhiy Orlov told the BBC.

The White House condemned the "barbaric" use of force against innocent civilians, and UK Prime Minister Boris Johnson tweeted that "there are few things more depraved than targeting the vulnerable and defenceless".

Mariupol has been surrounded by Russian forces for several days, and repeated attempts at a ceasefire to allow civilians to leave have broken down.

"The whole city remains without electricity, water, food, whatever and people are dying because of dehydration," Olena Stokoz of Ukraine's Red Cross told the BBC, adding that her organisation would continue trying to organise an evacuation corridor.

Deputy Mayor Orlov said at least 1,170 civilians had been killed in the city since Russia began its bombardment, and that 47 people there were buried in a mass grave on Wednesday, although those figures have not been independently verified.
#Boris Johnson  #Johnson
Add Comment