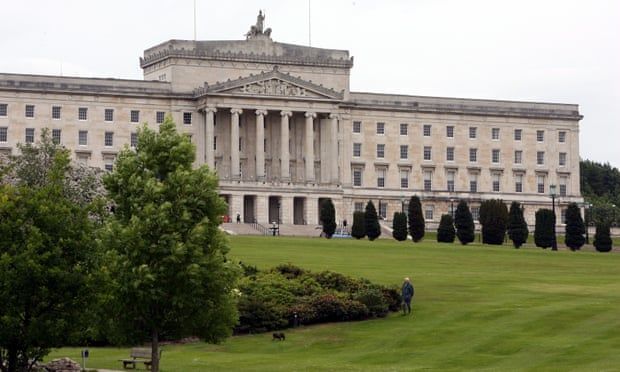 Ministers and representatives of six institutions at the centre of the scandal on Friday issued a long-awaited statement saying sorry for what was described as “vile” and “unimaginable” abuse carried out for more than 70 years.

Five religious institutions and one secular body offered profound apologies and regret to victims. The representatives from De La Salle, Sisters of Nazareth, Sisters of St Louis and the Good Shepherd Sisters, as well as Barnardo’s and the Irish Church Missions, admitted that words could only do so much to overcome the pain felt by victims over successive decades.

After a minute’s silence, Michelle McIlveen, the education minister, led the apologies as some of those affected watched on.

“Today we say that we are sorry. We did not ensure these homes were all free from hunger and cold; from mistreatment and abuse. It was the state’s responsibility to do that, and it failed you. We neglected you, rejected you, we made you feel unwanted. It was not your fault. The state let you down,” she said.

The assembly heard harrowing accounts of children being sexually abused by staff and visitors, men and women, as well as psychologically abused for wetting beds, doused in Jeyes fluid and deprived of toys, sweets and clothes.

Peter Murdoch, a former resident of Nazareth Lodge Orphanage, said: “Why did they not apologise 30 years ago? Thirty years ago, they hopefully would have meant it. In my personal opinion I can’t accept the apology but for anybody else it is completely up to them.”

Alice Harper, sister of a former resident of one of the care homes guilty of abuse, was excoriating when she gave her verdict on the apologies read out. “I want to say I cannot and I will not accept an apology from De La Salle. I will never accept their apology for what they did to our family,” she said.

So too was Margaret McGuckin, one of the most vocal campaigners at the Survivor and Victims of Institution Abuse charity.

“They were made and forced to come to this stage today, with the greatest respect, they are not sincere at all. I believe the ministers were (sincere) and they felt it, but as far as the religious orders and the others, they were forced into that situation and I would take that with a pinch of salt.”

Jon McCourt of Survivors North West said the four religious orders at the centre of the scandal and Barnardo’s had “failed miserably” in the past and urged them to contribute to the redress fund for survivors.

“As a government and a community we must all play a role in protecting children from abuse,” said Naomi Long, the justice minister. “We are truly sorry.”

McIlveen acknowledged the lifelong suffering of the survivors and that “failings took place” over decades “in justice and health facilities, as well as involuntary institutions”.

While some institutions provided very good care, “we know that others were cruel,” sexually and physically abusing children, recruiting unsuitable staff and not providing proper training, she said.

Nichola Mallon, the infrastructure minister, told how some affected children had been sent to Australia, “torn from their family roots” in a way that is “hard to imagine today”. Others did not know they had siblings as they grew up. “We deeply regret the effect on the rest of your life.”

“It is hard to comprehend the impact of this separation from those you were closest to, from those who loved you,” she said.

The apologies comes more than five years after an inquiry led by Sir Anthony Hart revealed shocking levels of sexual, physical and emotional abuse from 1922 to 1995.

Robin Swann, the health minister, said there was “no excuse” for what happened while Conor Murphy, the finance minister, said “no amount of financial redress can ever make up for the suffering.”
Add Comment