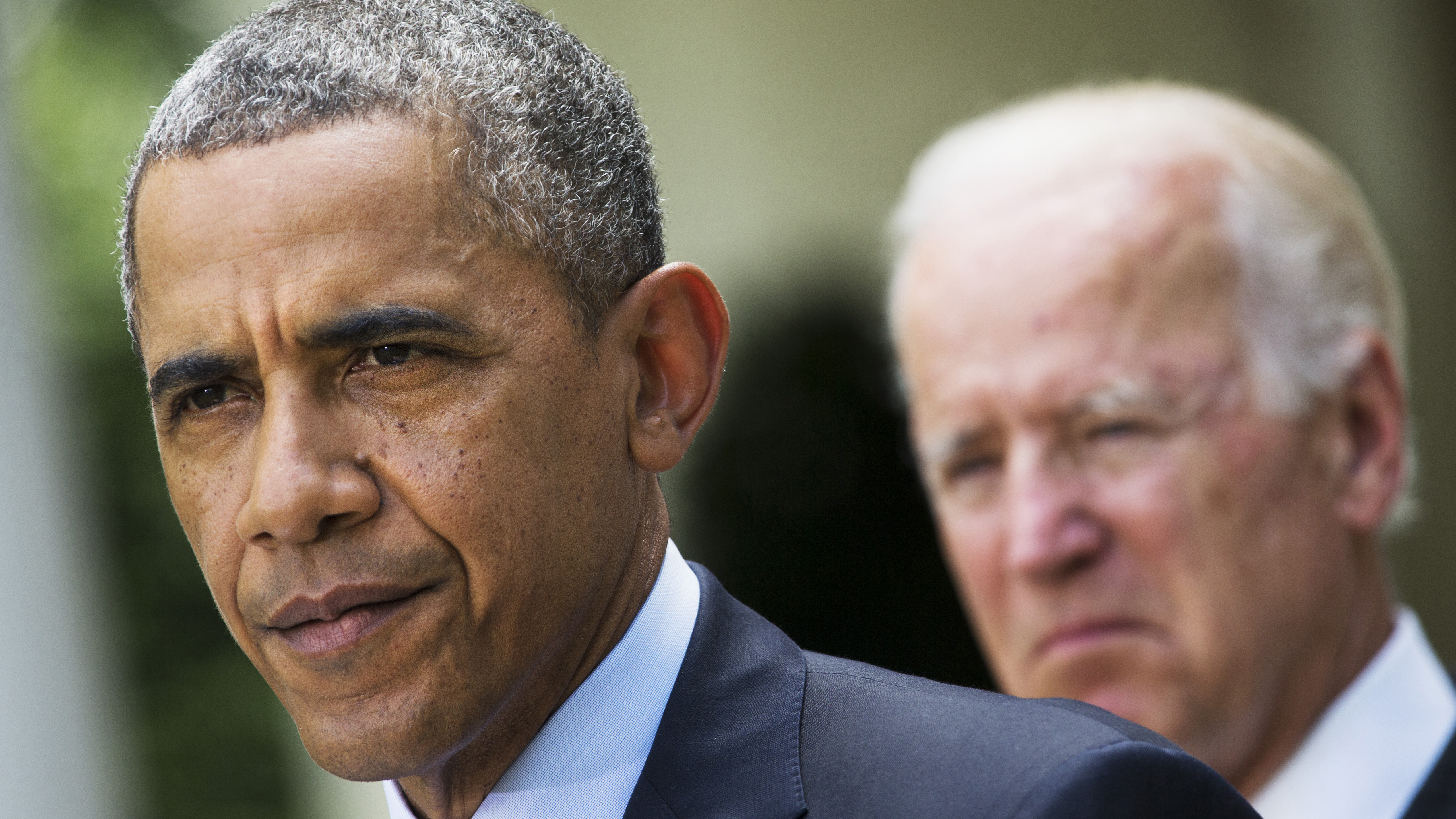 Osama bin Laden wanted to assassinate then-President Barack Obama so that the "totally unprepared" Joe Biden would take over the role and plunge the United States "into a crisis," according to documents seized from bin Laden's Pakistan compound when he was killed in May 2011.
The secretive documents, first reported in 2012 by The Washington Post, outlined a plan to take out Obama and top U.S. military commander David Petraeus as they traveled by plane.


“The reason for concentrating on them is that Obama is the head of infidelity and killing him automatically will make [Vice President] Biden take over the presidency," bin Laden wrote to a top deputy. "Biden is totally unprepared for that post, which will lead the U.S. into a crisis. As for Petraeus, he is the man of the hour ... and killing him would alter the war's path" in Afghanistan.

“Please ask brother Ilyas to send me the steps he has taken into that work,” bin Laden wrote to the top lieutenant, Atiyah Abd al-Rahman. Kashmiri wouldn't get too far along in the plot, however; he was killed in 2011 in a U.S. drone strike shortly after bin Laden himself was shot to death by U.S. special forces.

For his part, Biden has sent mixed signals on his role in bin Laden's death, as explained at length in a timeline by The Washington Examiner's Jerry Dunleavy. In late April 2011, Obama gathered together a team that included Biden before making a final decision on whether to strike at bin Laden's suspected compound.

In January 2012, Biden revealed he had opposed to the raid, and claimed that “every single person in that room hedged their bet” except for CIA Director Leon Panetta, who supported striking the compound.

“Mr. President, my suggestion is, don’t go,” Biden said he told his boss, as reported by The New York Times. "We have to do two more things to see if he's there.'"

But in 2015, Biden changed his mind and said he had told Obama he "should go."

Obama himself verified Biden's opposition to the plan, telling Mitt Romney in a 2012 presidential debate, “Even some in my own party, including my current vice president, had the same critique as you did."

On CBS’s “60 Minutes" in Oct. 2015, Biden tried to clear up the confusion, and insisted everything he said had been "accurate."

“In order to give the president the leeway he needed, I said, ‘Mr. President, there’s one more thing we can do.’ … One more pass to see if it was bin Laden. I said, ‘You should do that, and there’d still be time to have the raid, but that’s what I would do,” Biden said.