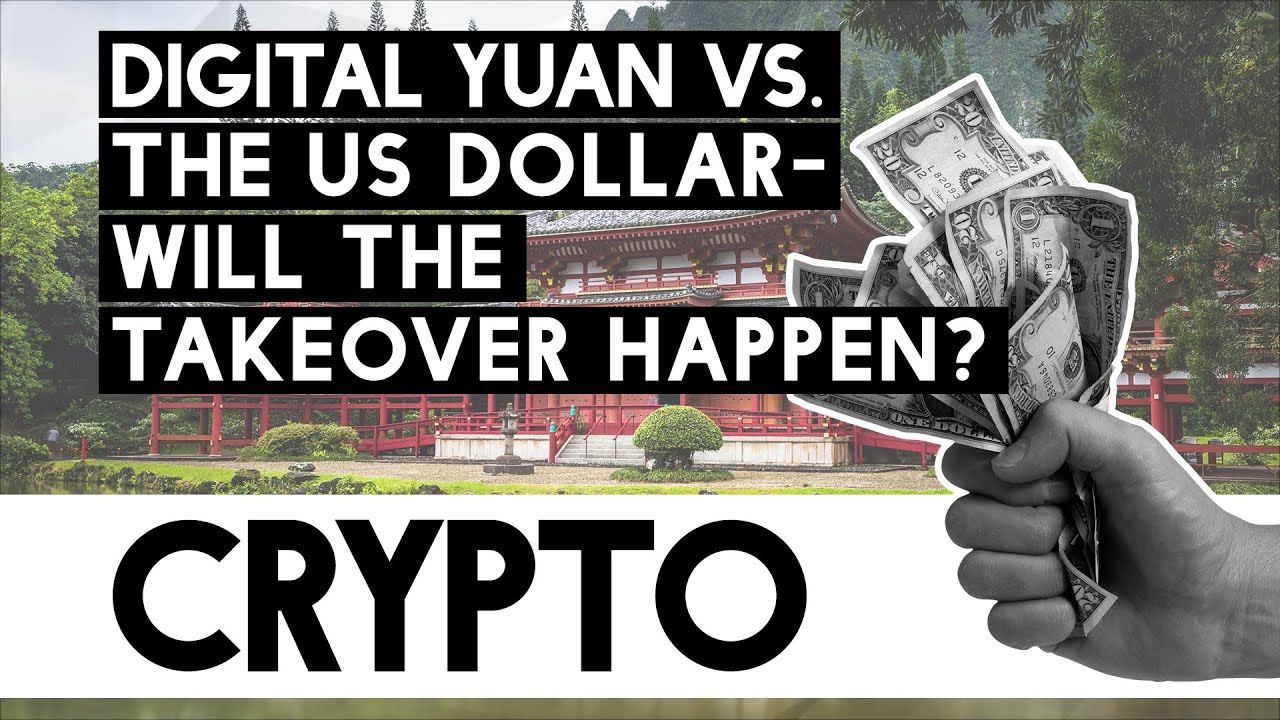 The times when China was copying technologies from the West were too quickly replaced by a reality in which the West is lagging behind the tail of Chinese innovation.
The Biden administration is stepping up scrutiny of China’s plans for a digital yuan, with some officials concerned the move could kick off a long-term bid to topple the dollar as the world’s dominant reserve currency, according to people familiar with the matter.

Now that China’s digital-currency efforts are gathering momentum, officials at the Treasury, State Department, Pentagon and National Security Council are bolstering their efforts to understand the potential implications, the people said.

American officials are less worried about an immediate challenge to the current structure of the global financial system, but are eager to understand how the digital yuan will be distributed, and whether it could also be used to work around U.S. sanctions, the people said on the condition of anonymity.

A Treasury spokeswoman declined to comment. A National Security Council spokeswoman did not reply to a request for comment.

The People’s Bank of China has rolled out trial issuance of a digital yuan in cities across the country, putting it on track to be the first major central bank to issue a virtual currency. A broader roll-out is expected for the Winter Olympics in Beijing next February, giving the effort international exposure.

Many key details of the digital yuan are still in flux, including specifics on how it would be distributed. China’s recent establishment of a joint venture with SWIFT, the messaging nexus through which most cross-border settlements pass through today, suggests it is possible a digital yuan could work within the current financial architecture rather than outside of it.

U.S. officials are reassured that China’s intentions aren’t to use the digital yuan to evade American sanctions, according to people familiar with the matter. The dollar’s current dominance in cross-border transactions gives the U.S. Treasury the power to cut off much of a business or even a country’s access to the global financial system.

China’s officials have said the main intentions of the digital yuan are to replace banknotes and coins, to reduce the incentive to use cryptocurrencies and to complement the current private-sector run electronic payments system -- dominated by Ant Group Co.’s Alipay and Tencent Holdings Ltd.’s WeChat Pay. The PBOC has been working for years on the digital yuan, also called the e-CNY, having set up a specialist research team in 2014.

​​“To provide a backup or redundancy for the retail payment system, the central bank has to step up” and provide digital-currency services, Mu Changchun, the director of the PBOC’s digital-currency research institute, said at an event last month.

Beyond seeking a backup to privately run e-payments, Chinese regulators have more broadly been expanding their oversight of the country’s digital champions. Ant Group was told by Beijing to become a financial holding company, which will be regulated more like a bank. China also imposed a $2.8 billion antitrust fine on Ant’s affiliate Alibaba Group Holding Ltd.

The PBOC is also examining the potential for using the digital yuan in cross-border payments, launching a project studying the issue with a unit of the Bank for International Settlements along with the United Arab Emirates, Thailand and Hong Kong’s monetary authority.

The Biden administration isn’t currently planning to take any action to counter longer-term threats from China’s digital currency, the people familiar with the discussions said. However, China’s plans have given renewed impetus to efforts to consider the creation of a digital dollar, they said.

Members of Congress have also been increasingly interested in a digital dollar, aware of China’s moves, and asked Federal Reserve Chair Jerome Powell and Treasury Secretary Janet Yellen about the issue in hearings earlier this year.

Powell: Need for Digital Dollar Is an Issue for Congress, Public

Powell said in February the Fed was looking “very carefully” at a digital dollar. “We don’t need to be the first. We need to get it right.”

Yellen has signaled interest in research into the viability of a digital dollar, a shift from a lack of enthusiasm under her predecessor, Steven Mnuchin.

“It makes sense for central banks to be looking at” issuing sovereign digital currencies, she said at a virtual conference in February. Yellen said a digital version of the dollar could help address hurdles to financial inclusion in the U.S. among low-income households.

A recent report from the U.S. Director of National Intelligence said the extent of the threat of any foreign digital currency to the dollar’s centrality in the global financial system “will depend on the regulatory rules that are established.”

China’s currency makes up little more than 2% of global foreign exchange reserves compared with nearly 60% for the U.S. dollar. Policy decisions, rather than technical developments, will also be necessary to push forward yuan internationalization, as China maintains a strict regime of capital controls.

China’s financial system is too “fragile and weak” to pose a real threat to the dollar’s status as the world’s reserve currency, according to Mark Sobel, U.S. chairman for the Official Monetary and Financial Institutions Forum.

“At the end of the the day the markets have more confidence in the Fed” than China’s central bank, said Sobel, a former senior U.S. Treasury official for international matters.
#Alibaba  #ANT
Add Comment