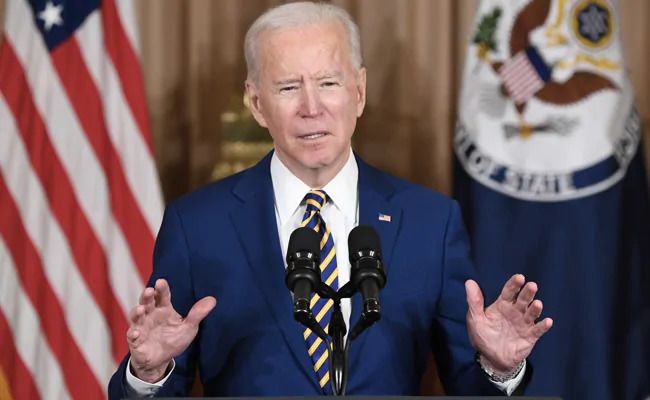 US Officially Back In Paris Accord, Vows Climate Action

A month after Biden took office, the world's largest economy and second largest carbon emitter was formally back in the 2015 global agreement aimed at confronting the planet's dangerously rising temperatures.
The United States on Friday officially returned to the Paris climate accord, with President Joe Biden vowing to make the fight against global warming a top priority.

A month after Biden took office, the world's largest economy and second largest carbon emitter was formally back in the 2015 global agreement aimed at confronting the planet's dangerously rising temperatures.

In a speech to the Munich Security Conference hours after the US formally rejoined the accord, Biden called on European countries to double down on commitments to fight climate change.

"We can no longer delay or do the bare minimum to address climate change," Biden said. "This is a global existential crisis. We will all suffer consequences."

Secretary of State Antony Blinken, in a statement saluting the return of the United States, said "climate change and science diplomacy can never again be 'add-ons' in our foreign policy discussions."

"Addressing the real threats from climate change and listening to our scientists is at the center of our domestic and foreign policy priorities. It is vital in our discussions of national security, migration international health efforts, and in our economic diplomacy and trade talks," Blinken added,

While praising the Paris accord, negotiated by former president Barack Obama, Blinken said that upcoming climate diplomacy will be crucial.

Biden plans an April 22 climate summit to coincide with Earth Day and John Kerry, the former secretary of state and now US climate envoy, has called for the world to raise ambitions during UN climate talks in Glasgow in November.

Biden has vowed to make the US power sector pollution-free by 2035 and to go to an entirely net-zero-emission economy by 2050.

Trump, an ally of the fossil fuel industry, had argued that the Paris climate accord was unfair to the United States.

But the Paris agreement's targets are essentially non-binding, with each country drafting its own measures -- a point insisted upon by Obama and Kerry, mindful of political opposition at home.

The Paris accord aims to limit global temperature rises to two degrees Celsius (3.6 Fahrenheit) above pre-industrial levels and to pursue efforts to go down to 1.5 degrees.

Political momentum has been growing amid signs that climate change is already taking a major toll, with a recent study finding that 480,000 people have died so far this century in natural disasters linked to extreme weather.
#Donald Trump  #Joe Biden
Add Comment