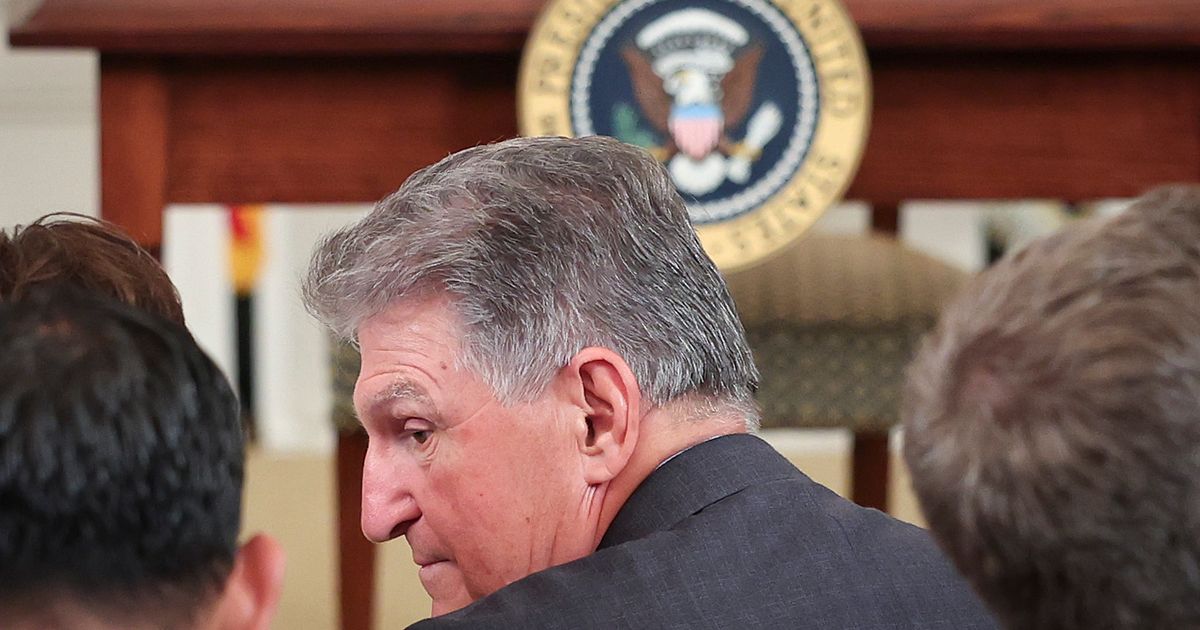 US climate deal gets cool response from allies

Washington’s image as a time-waster on global warming is still hard to shake.

U.S. President Joe Biden says his $370 billion climate package is “historic,” but he'll have to do more at home and abroad for the world to see the U.S. as anything but a colossal procrastinator.

If Wednesday's agreement between U.S. Democrats passes Congress, backers said the raft of tax credits for clean energy would cut emissions 40 percent below 2005 levels by the end of the decade. That's still short of Washington's pledge under the Paris Agreement to cut emissions by as much as 52 percent by 2030, but the target could also be met through other measures.

It would be the largest investment in fighting global warming the U.S. has ever made. Former U.S. Vice President Al Gore said that it would show “leadership for the world by example.”

Rather than elation, among the U.S.'s friends abroad there's simply relief that 18 months of exhausting stop-start negotiations with West Virginia Senator Joe Manchin are over. There's also perhaps an unwillingness to let Biden off the hook for not delivering on the lofty rhetoric on climate leadership he brought into office, promising to redouble U.S. efforts in light of former President Donald Trump’s withdrawal from the Paris climate change agreement.

“It is hard to forget that during the last [U.N. climate conference] in Glasgow, it was Manchin’s vote and position that inhibited the U.S. from having a greater diplomatic impact,” said Costa Rica’s former President Carlos Alvarado Quesada.

“On Manchin, I can only say that this was a necessary step forward in order to be able to deliver climate action,” said Spain’s Minister for the Ecological Transition Teresa Ribera.

An EU official gave grudging approval: “It’s obviously good news that U.S. climate policy will be able to move forward. Though the difficulties to get this passed in Congress don’t bode well for any kind of further legislative moves.”

There’s also caution that despite Manchin’s approval, the bill isn’t guaranteed to pass. Multiple U.N. and national climate envoys, who readily backslap one another over the smallest improvements in climate policy, said they were unwilling to be drawn on the U.S. news until the ink on the president’s signature was dry.

“His yielding weakens the Manchins that we have in every country,” she said. “It helps weaken the chain of excuses that build on ‘the U.S. is not moving.’”

Alvarado Quesada said: “The deal does bring about some hope. This is relevant because when it comes to the multilateral arena, what counts the most is leading by example and walking the talk — getting things done.”

Climate politics analysts said the deal offered the administration a chance to reset its overseas agenda, but warned there are still gaps to fill. 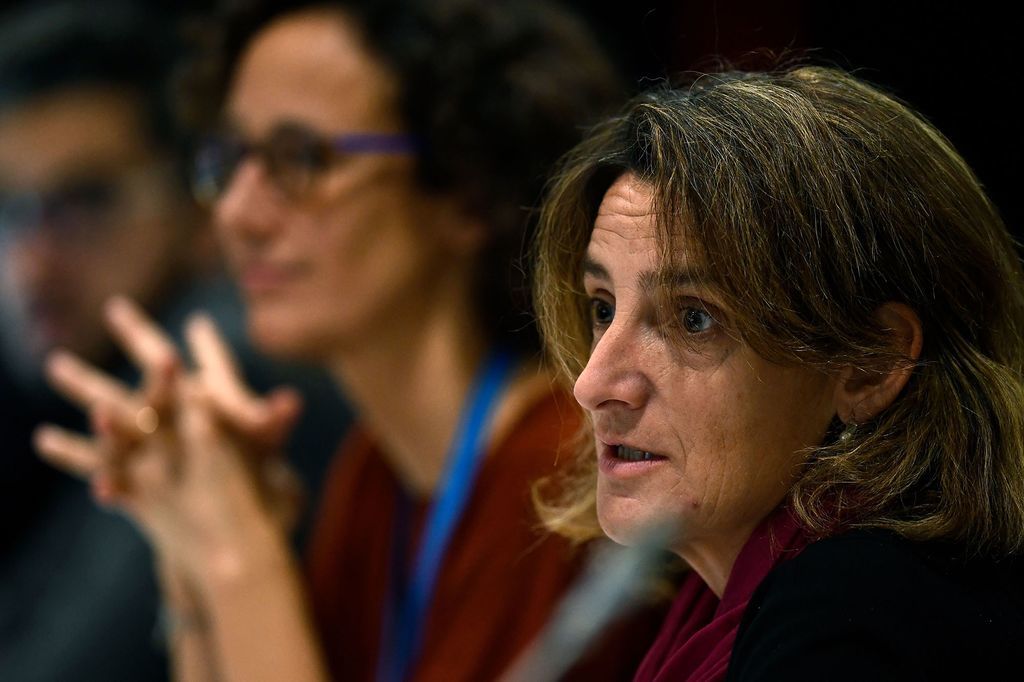 “On Manchin, I can only say that this was a necessary step forward in order to be able to deliver climate action,” said Spain’s Minister for the Ecological Transition Teresa Ribera

“If this deal comes through, it will be a massive game changer,” said Alex Scott, climate diplomacy and geopolitics program leader at the E3G think tank. “This shift salvages the U.S. relevance on international climate action,” But she warned: “It’s not enough alone — there are huge outstanding bills on climate finance obligations.”

That was highlighted Friday, when the OECD released data confirming that rich countries had broken a promise to deliver $100 billion per year to help poor countries cope with climate change.

The U.S. has routinely faced pressure from its donor partners and developing countries for failing to contribute its fair share or repay the $2 billion it pledged in 2015 and on which the Trump Administration reneged.

"Those of us in climate vulnerable countries are still waiting,” said Mohamed Adow, director of the Power Shift Africa think tank. “Until they honor their commitments on the international stage they cannot be seen as a true global leader on climate."

The deal also made some concessions to Manchin — who has made millions in the coal industry — by guaranteeing new coal, oil and gas extraction.

The U.S. is “still playing catch up after years of being the world's worst polluter and it continues to fund new fossil fuel exploration when we can't afford to burn all the fossil fuel reserves we currently have," said Adow.

But while the political reception may have been cool, some provisions in the deal are already being eyed up by European business.

“They already have a few years head start on their U.S. peers due to the European market thanks to EU regulations forcing more EVs into the market that the U.S. saw under the Trump administration," said Schmidt.

“This would be a historic investment in clean energy and perhaps most importantly from a developer perspective, it would bring improved certainty to development planning, shifting away from a boom and bust cycle and bring more stability to these long term infrastructure projects,” said an official from a European clean energy company. 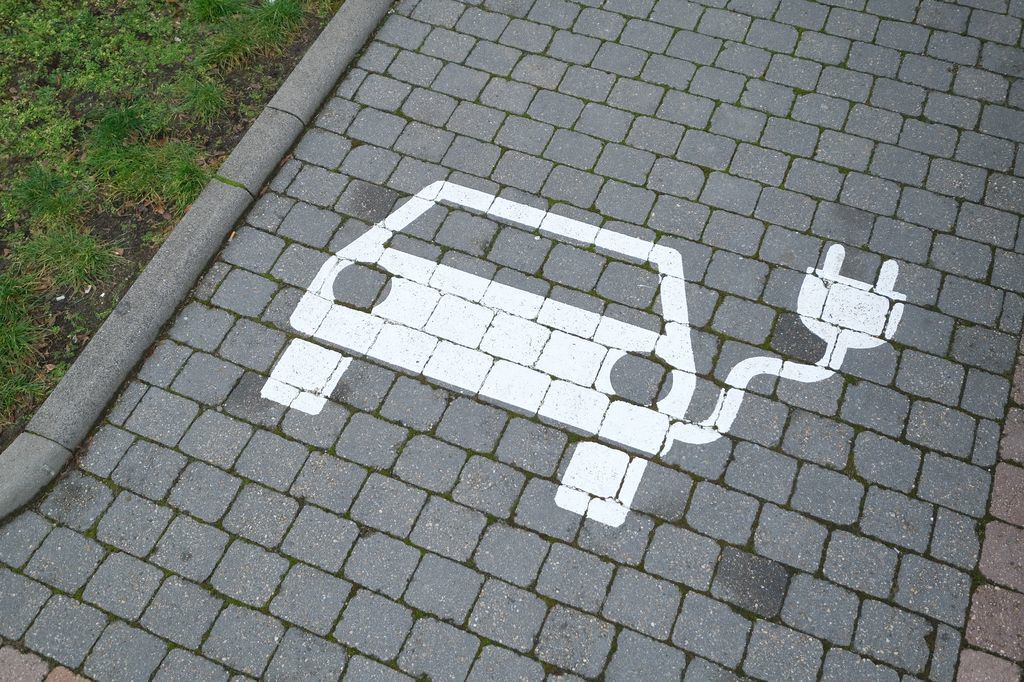 A $7,500 tax credit for U.S.-made electric vehicles could be an opportunity for European parts manufacturers

A charge to be levied on methane emissions would put the U.S. at the forefront of a global effort to cut the powerful greenhouse gas.

That “stands in stark contrast to the process unfolding in the European Council where the Commission's legislative proposal risks being weakened thanks to a concerted effort by industry to water down the key provisions of the legislation,” said Jonathan Banks, the global director for super pollutants at the Clean Air Task Force.