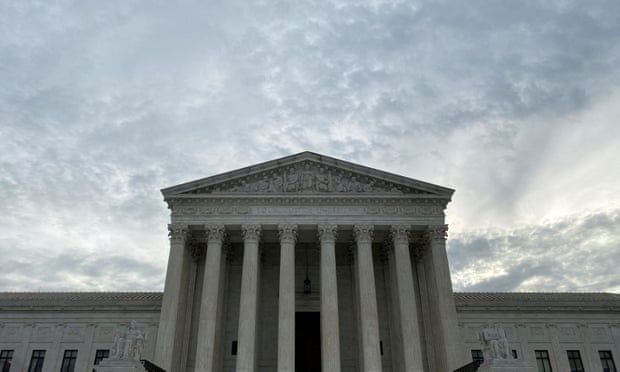 Wynn Bruce, 50, from Colorado, who friend said had been planning self-immolation for a year, died on Saturday from his injuries
A US climate activist has died after he set himself on fire outside the US supreme court building in Washington.

Wynn Bruce, from Boulder, Colorado, died on Saturday from his injuries, Washington’s Metropolitan Police Department said. Police said Bruce had set himself on fire at about 6.30pm on Friday, and was airlifted to hospital.

A spokeswoman for the Metropolitan police told the Denver Post that investigators had not found a manifesto or note explaining Bruce’s motive.

Friday was Earth Day, an annual global event to demonstrate support for environmental protection, and the supreme court has environmental cases on its docket.

Bruce, 50, had recently edited a comment on his Facebook page, adding the date 22 April and a fire emoji. The comment was in response to a post about the global impact of climate change. Bruce had posted several times over the past year about the environment.

On Sunday, Kritee Kanko, a Boulder-based climate scientist and Zen Buddhist priest, said Bruce was a friend and member of her Buddhist community, who had been planning the self-immolation for “at least one year”.

“This act is not suicide. This is a deeply fearless act of compassion to bring attention to climate crisis,” Kanko said in a tweet.

In a subsequent interview with the New York Times, Kanko said she could not be certain about Bruce’s intentions. She told the newspaper that “people are being driven to extreme amounts of climate grief and despair” and that “what I do not want to happen is that young people start thinking about self-immolation”.

In April 2018 David Buckel, a prominent gay rights lawyer and environmental advocate, burned himself to death in New York.

In a note, Buckel said: “Most humans on the planet now breathe air made unhealthy by fossil fuels, and many die early deaths as a result – my early death by fossil fuel reflects what we are doing to ourselves.”
#Facebook
Add Comment