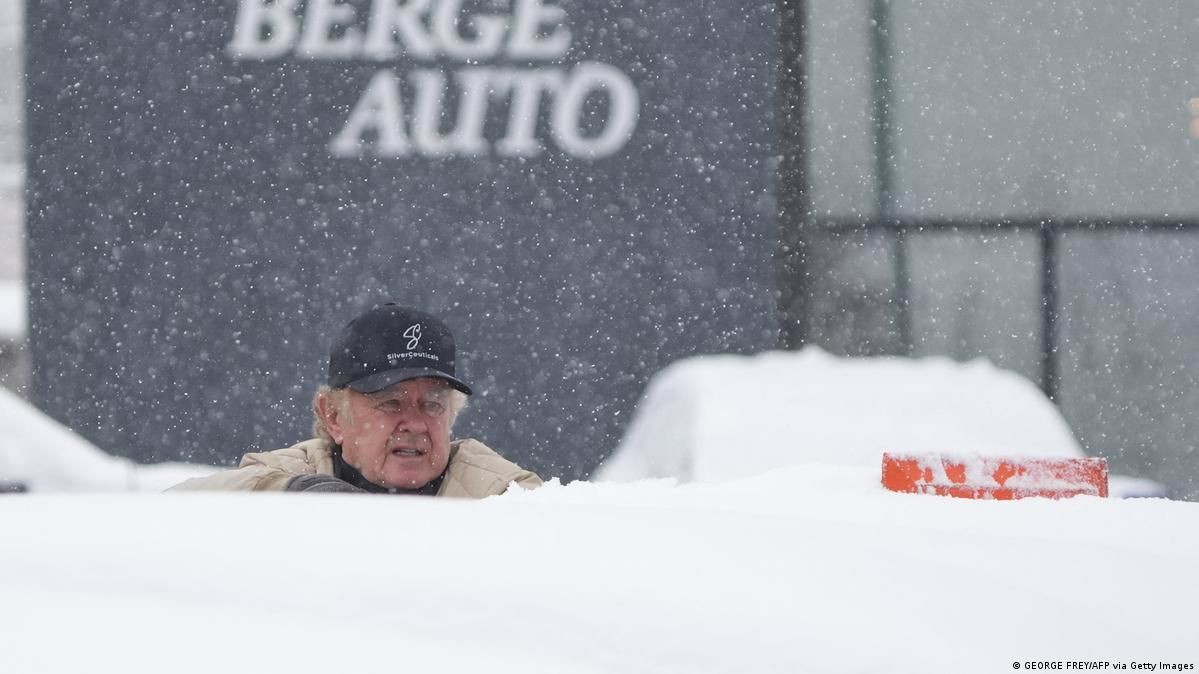 US braces for 'record-breaking' winter storm

Officials warned of "life-threatening" conditions as temperatures were expected to drop as low as -70 degrees Fahrenheit in some areas. Nearly 2,000 flights planned for the Christmas weekend were canceled.
The US National Weather Service (NWS) on Thursday warned of "dangerous cold" for much of the country as the Christmas weekend was expected to be the coldest in decades.

Temperatures plunged dramatically in just a few hours on Thursday. Around 190 million of the country's 335 million population were under some type of weather advisory as a winter storm was forecast.


The NSW forecast that "record-breaking cold and life-threatening wind chills over the Great Plains [would] overspread the eastern half of the Nation by Friday."

The weather agency warned that temperatures would drop between -40 to -70 degrees Fahrenheit (-40 to -56 degrees Celsius), with strong gusts and heavy snow expected to cause damage to infrastructure and disrupt travel.

"Wind chills of this magnitude can cause frostbite in less than five minutes if precautions are not taken, with hypothermia and death also possible from prolonged exposure to the cold," it said.

Authorities have raised concerns that power could be cut due to the storm and asked people to postpone travel. More than 112 million people are estimated to travel 50 miles (80 kilometers) or more during the holiday season.


The winter storm is expected to affect airports in the Midwest, Northeast and East Coast.

Amid the busy holiday travel season, nearly 2,000 flights scheduled for Thursday and Friday were canceled as the Arctic blast surged.

According to tracking website FlightAware, some 1,239 flights within, into or out of the US were canceled as of 8 a.m. ET (1300 UTC) on Thursday. Another 699 flights for Friday were also scrapped.

This year's holidays travel chaos comes after the same period in 2021 was marred by COVID outbreaks among airlines' staff that forced thousands of flight cancellations.
#Covid
Add Comment