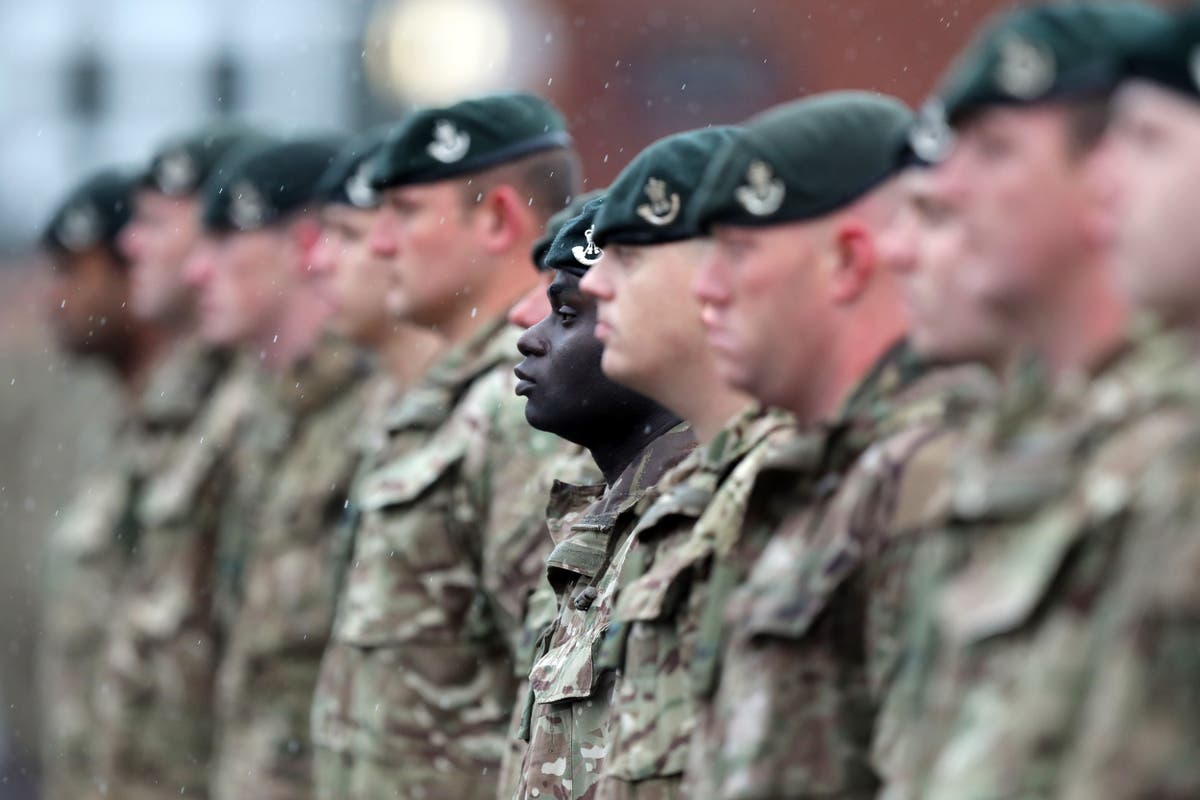 The Government has said it is stepping up its contingency plans for industrial action in the week leading up to Christmas.
Unions have lashed out at plans for the armed forces to cover for striking public sector workers in the run up to Christmas, claiming the military are not “sufficiently trained” to plug staffing gaps on the front line.

The Government is deploying 1,200 troops from the Army, Navy and RAF to fill in for ambulance drivers and border staff during widespread walkouts over the festive period, with more than 1,000 civil servants also drafted in to help.

But while ministers have insisted their chief concern is public safety, unions have accused the Government of trying to “mask” the “effectiveness” of strike action, having spent time on contingency planning that could have been “better” invested in securing a deal.

They warned military personnel are not properly qualified to guard the borders or drive ambulances, insisting troops should not be put in such an “invidious” position when they already have “enough on their plate”.

Ambulance crews in England are due to walk out for two days on December 21 and 28 in a row over pay, while border staff in the Public and Commercial Services Union (PCS) will strike for eight days from December 23 until New Year’s Eve.

Health Secretary Steve Barclay said his “number one priority” is keeping patients “as safe as possible” as he reiterated the Government’s position that union demands are “not affordable”.

But Unite, which is co-ordinating the ambulance strikes with GMB and Unison, accused ministers of “hollowing out” the NHS, maintaining those taking industrial action are in fact “trying to save the service”.

GMB and Unison said those in power had opted to “dig in their heels” on pay with the health service “already on its knees”, making disruption appear “inevitable”.

Sara Gorton, Unison’s head of health, also warned the military is “no substitute” for qualified ambulance staff, while Nathan Holman, from GMB, said bringing in “untrained” personnel would be a “hindrance” rather than a help.

Without specialist training in exceeding speed limits and passing through red lights, Mr Holman told the PA news agency the military would only be able to respond to the “least urgent calls”.

Ms Gorton said the promise of a Government rethink on NHS pay “could have put the brakes on action”, but ministers “chose instead to dig in their heels”.

“The military’s no substitute for trained ambulance staff as the Government knows,” she said

“The hours spent on contingency planning could have been better used trying to prevent the strikes from taking place.”

Fears over insufficient training were echoed by the PCS, which accused Home Secretary Suella Braverman of “scrambling around” to get “anyone she can” to cover for border staff.

Paul O’Connor, the union’s head of bargaining, said the military have “better things to do” than passport control.

“They are not sufficiently trained to carry out this role and they shouldn’t be put in this invidious position when they should be enjoying the festive break with their families,” he said.

“The same applies to civil servants who are being pulled in from elsewhere, also leaving their jobs uncovered.

“Instead of throwing good money after bad trying to desperately mask the effectiveness of our industrial action, the Government should put a serious offer on the table to deal with the cost-of-living crisis that they have created for their own workforce.

“That is the only way to resolve this dispute.”

The troops drafted in to cover for striking workers include 600 ambulance drivers, plus a further 150 providing logistical support.

They will help “minimise disruption for passengers” by checking documents and passports.

The NHS will enact “tried and tested” plans to mitigate risks to patient safety and manage disruption, the Government said, while trusts will work with unions to agree on a safe level of cover.

Health chiefs have written to hospitals urging them to free up a maximum number of beds by safely discharging patients in advance of the ambulance strikes.

But Dr Adrian Boyle, president of the Royal College of Emergency Medicine, warned this will be a challenge.

While he agrees with the “principles” in the letter, he told BBC Radio 4’s Today programme the demands will be “really difficult” to achieve.

The Cabinet Office is also set to publish a new “resilience framework” on Monday, bringing together all levels of government, as well as the private sector, charities and the public to “bolster” the UK’s preparedness for industrial action.

Mr Barclay said: “NHS staff do an incredible job and it is deeply regrettable some union members are going ahead with further strike action.

“My number one priority is to keep patients as safe as possible and we are stepping up preparations across government and the NHS, including making best use of the armed forces, volunteers and freeing up capacity to mitigate disruption and ensure safe staffing levels.

“People who need emergency and life-threatening care should continue to come forward as normal, or use NHS 111 online for urgent advice.

“I have listened to unions and am open to further discussions but their demands are not affordable in the economic circumstances.”
Add Comment