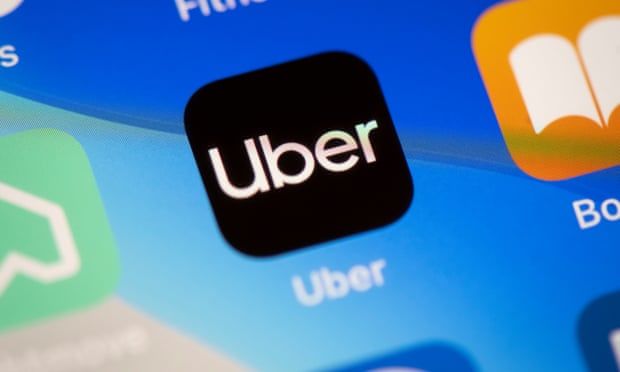 Public asked to avoid using ride-hailing service on Wednesday in response to issues raised by Uber files
A trade union representing “gig economy” workers is calling on Uber customers to join a 24-hour strike in response to the Uber files, a series of revelations about the cab-hailing app published by the Guardian and its media partners.

The App Drivers and Couriers Union (ADCU) invited Uber users to avoid using the service for a day on Wednesday and instead join a demonstration at the company’s headquarters in London.

The ADCU is demanding increased pay and conditions for its drivers and measures to address issues raised in the Uber files.

A trove of more than 124,000 documents, which was leaked to the Guardian and shared with the International Consortium of Investigative Journalists and international media partners, revealed last week how Uber broke laws, duped police and secretly lobbied governments.

Uber has said that it “will not make excuses for past behaviour that is clearly not in line with our present values. Instead, we ask the public to judge us by what we’ve done over the last five years and what we will do in the years to come.”

ADCU said Uber had not gone far enough, questioning the company’s response to a landmark ruling last year by the supreme court, which found drivers were not self-employed contracters but workers who were entitled to rights such as minimum wage and holiday pay.

The union said Uber was interpreting drivers’ working hours as lasting from the cab’s dispatch to dropping off a customer. Instead, the period should include waiting times, which the ADCU claimed accounted for up to 40% of drivers’ working period.

Fares should also be increased to £2.50 a mile and 20p a minute, with Uber’s commission capped at 15%, the union said.

The Uber files uncovered how the San Francisco-based company gained access to top-level politicians around the world as it lobbied for regulatory changes to allow it to operate.

The ADCU said Uber was still exercising significant “unfair” lobbying heft in the UK, including having meetings with MPs.

Last, the union called for the dismissal of Pierre-Dimitri Gore-Coty, the head of the food delivery service Uber Eats, whose involvement in the use of “kill switches” and controversial software called Greyball to fool law enforcement was revealed in the Uber files.

Gore-Coty told the Guardian he had been “young and inexperienced and too often took direction from superiors with questionable ethics”.

Uber has insisted it has changed for the better since the arrival of Dara Khosrowshahi as chief executive in 2017 triggered an overhaul of the company’s corporate culture.

James Farrar, the general secretary of the ADCU, disputed the claim, saying drivers had “no choice but to strike and take to the streets”.

An Uber spokesperson said: “The ADCU represents a tiny proportion of active drivers on Uber. For over a year now, GMB union has served as the voice of drivers in the UK following our historic recognition agreement which helped secure new worker protections including holiday pay and access to a pension plan.

“With demand up following the pandemic, Uber drivers are earning more than ever – in the first quarter of 2022, they earned on average £29.72 an hour, including holiday pay, when actively engaged on the app.

“The combination of higher earnings, new protections such as holiday pay and a pension and trade union recognition in the UK has led to more than 10,000 new drivers signing up with Uber in recent months.”
Add Comment