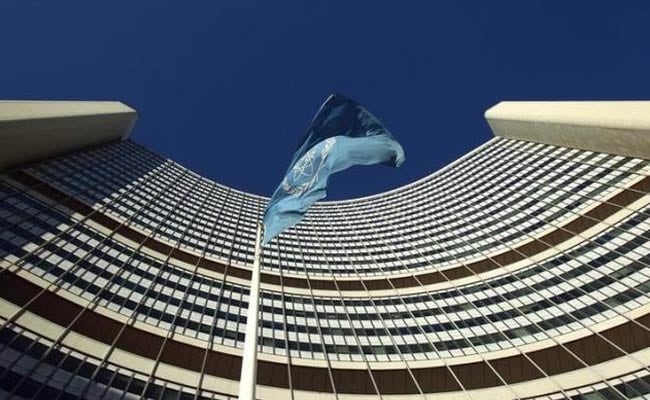 The UN nuclear board said it calls upon the Russian Federation to abandon its baseless claims of ownership of the Zaporizhzhia Nuclear Power Plant.
The UN nuclear watchdog's board of governors passed a resolution on Thursday expressing "grave concern" that Russia had not heeded calls to cease actions against nuclear facilities in war-torn Ukraine.

The International Atomic Energy Agency's 35-nation board of governors urged Moscow "to abandon its baseless claims of ownership of the Zaporizhzhia Nuclear Power Plant".

The IAEA statement also called on Moscow to "immediately withdraw its military and other personnel from the plant, and to cease all actions against, and at, the plant and any other nuclear facility in Ukraine".

The resolution, brought by Canada and Finland, was approved by 24 of the agency's 35 board members, two diplomats told AFP. Russia and China voted against.

The Zaporizhzhia plant -- Europe's largest, located in Ukraine, but in territory Russia claims to have annexed -- is near the scene of constant shelling and only has enough power to keep its six shut reactors from melting down.

Last week the IAEA chief Rafael Grossi said efforts to persuade Russia and Ukraine to install a protection perimeter around the Zaporizhzhia nuclear plant are "very complicated", while vowing not to "lose patience".

"It's a very complicated negotiation... because (it is) between two countries at war, and where there are actually no negotiations between them," Grossi told AFP on the sidelines of the COP27 climate conference in Egypt.

The site is close to the line between Russian and Ukrainian forces and the two sides have in recent months repeatedly accused each other of shelling around the plant, leading to fears of a nuclear disaster.
Add Comment