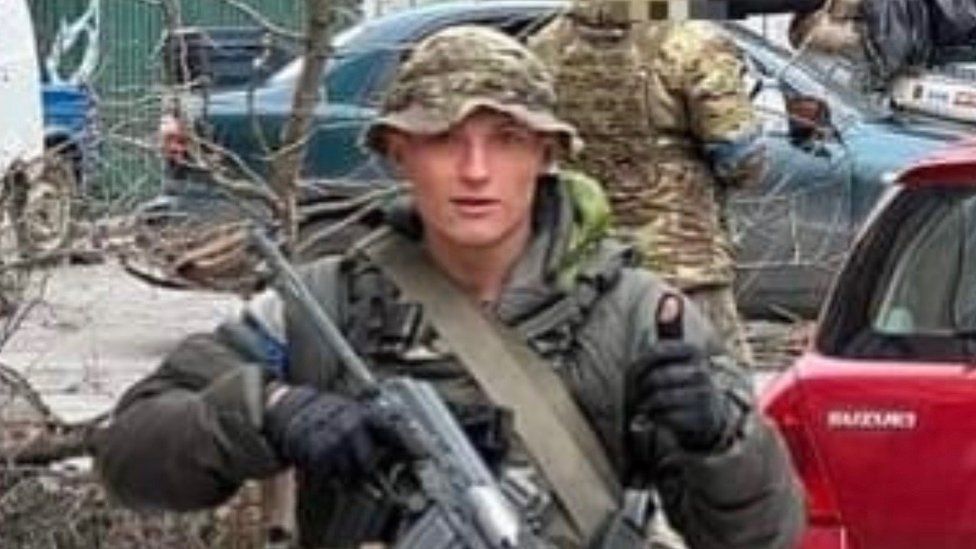 VDOkilled fighting for the Ukrainian armed forces, his family has said.

Jordan Gatley, who left the British army in March and travelled to Ukraine, was described as "a hero" by his father Dean in a tribute on social media.

He died in the battle for the eastern city of Severodonetsk, which has seen intense fighting in recent days.

The Foreign Office has said it is "supporting the family of a British man who has died in Ukraine".

Mr Gatley's father wrote in a Facebook post that his son had been helping train local forces. He added that Jordan was fatally shot on the front line while defending the city and they were informed of his death on Friday.

He had gone to Ukraine to help "after careful consideration", he said.

According to the Facebook post, the family "had several messages from his team out there telling us of his wealth of knowledge, his skills as a soldier and his love of his job".

"His team say they all loved him, as did we, and he made a massive difference to many people's lives, not only soldiering, but also by training the Ukrainian forces," the statement continued. 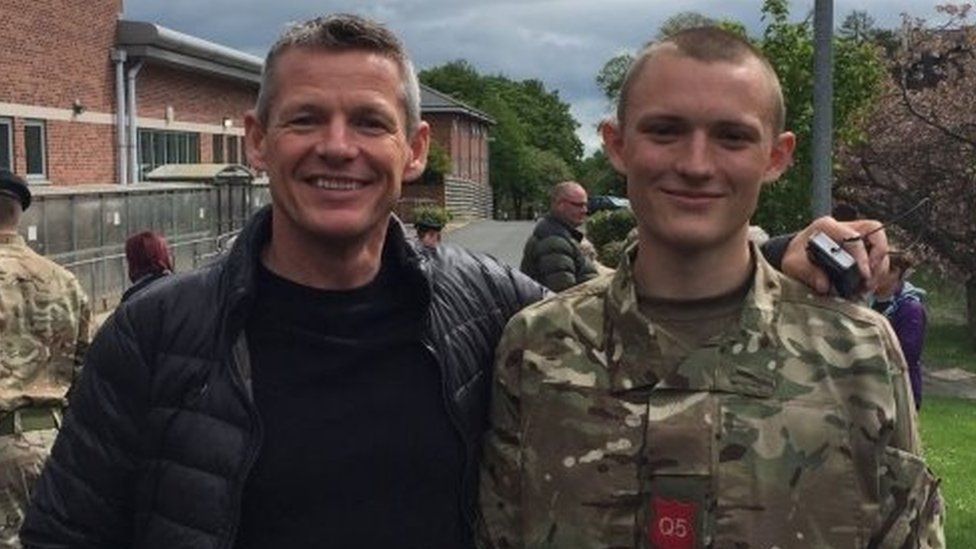 "Jordan and his team were so proud of the work they were doing and he often told me that the missions they were going on were dangerous, but necessary.

"He loved his job and we are so proud of him," Mr Gatley wrote, adding: "He truly was a hero and will forever be in our hearts."

"We will always remember his contribution to the protection of Ukraine and the free world," Mr Podolyak wrote.

The BBC understands Mr Gatley served in the British army as a rifleman with the Edinburgh-based third battalion of The Rifles and was discharged from the forces in March before travelling to Ukraine.

There has been fierce street fighting in Severodonetsk with heavy artillery said to be causing huge casualties for both Russian and Ukrainian forces.

The region's governor Serhiy Haidai has told Ukrainian TV that Russian shelling has caused a huge fire at a chemical plant in the city. Up to 800 civilians are hiding in underground bomb shelters at the plant, Ukrainian officials have estimated.

Fighting around Severodonetsk has lasted for more than three months, as Russia shifted its focus from trying to take the capital Kyiv to capturing the Luhansk and the Donetsk regions of eastern Ukraine - a mostly industrial area known as Donbas.

Seizing Severodonetsk and its twin city of Lysychansk would move Russia closer to its goal as it would give them control over Luhansk. 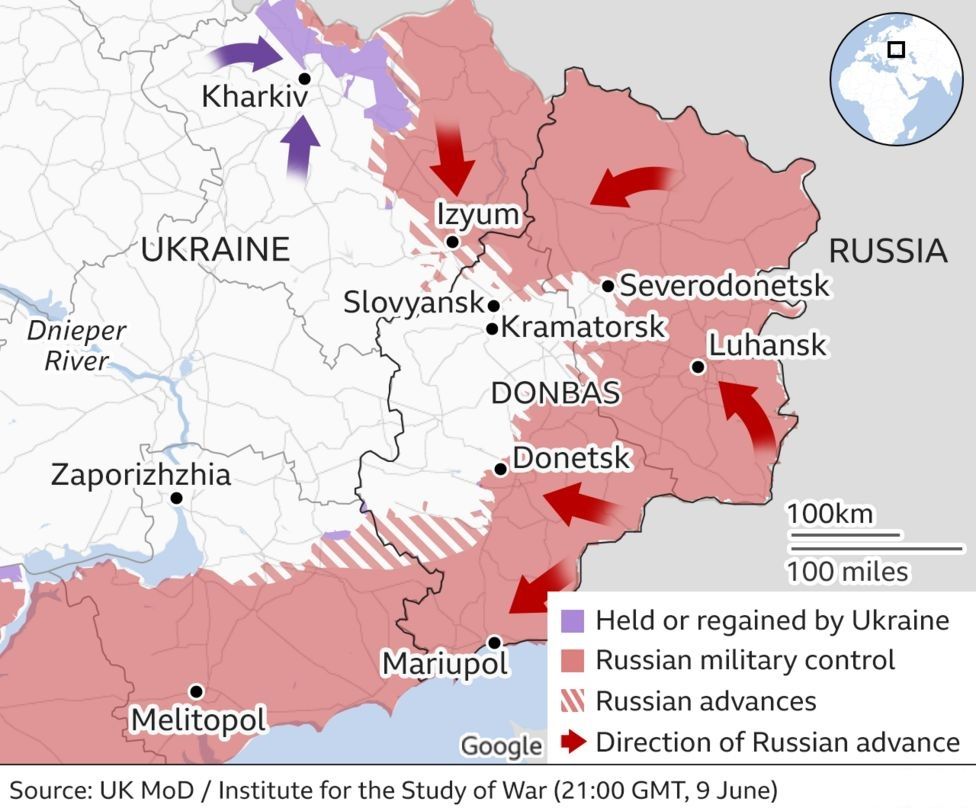 Mr Gatley is the second Briton to be killed in the conflict after the death of Scott Sibley in April.

Mr Sibley was described as a "friend like no other".

A post on the Logistics Support Squadron Facebook page described him as a "former serving soldier" of the squadron and said he had "showed Commando spirit until the end".

The Foreign Office advises against all travel to Ukraine and the Ministry of Defence has said that Britons who go to join the fighting following the Russian invasion may be committing a criminal offence and would be liable to prosecution.

In March, the head of the British armed forces said that Britons should not go to Ukraine to fight and should find other ways to help.

Adm Sir Tony Radakin told the BBC the "sound of gunfire" was not "something you want to rush to".