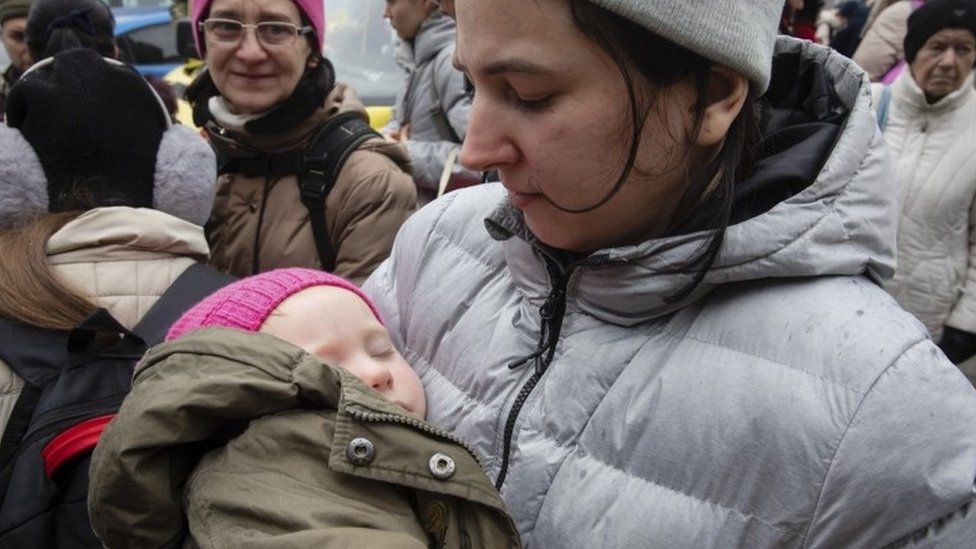 Russian and Ukrainian negotiators have made limited progress at ceasefire talks, agreeing on the need for humanitarian corridors for civilians.

A senior Ukrainian official said that despite this outcome, the talks had not led to the results Kyiv was hoping for.

They came as Russian President Vladimir Putin defended the invasion of Ukraine, saying it was "going to plan".

But a humanitarian crisis has been growing in Ukrainian cities under intense Russian bombardment.

An aide to Mr Macron told reporters the French president expected that the worst was still to come, after Mr Putin told him Russia would continue its campaign in Ukraine until it had fulfilled its goals.

Mr Macron told his Russian counterpart the invasion was a serious mistake, and that his views did not correspond with reality.
Map showing areas of Ukraine that are under Russian control 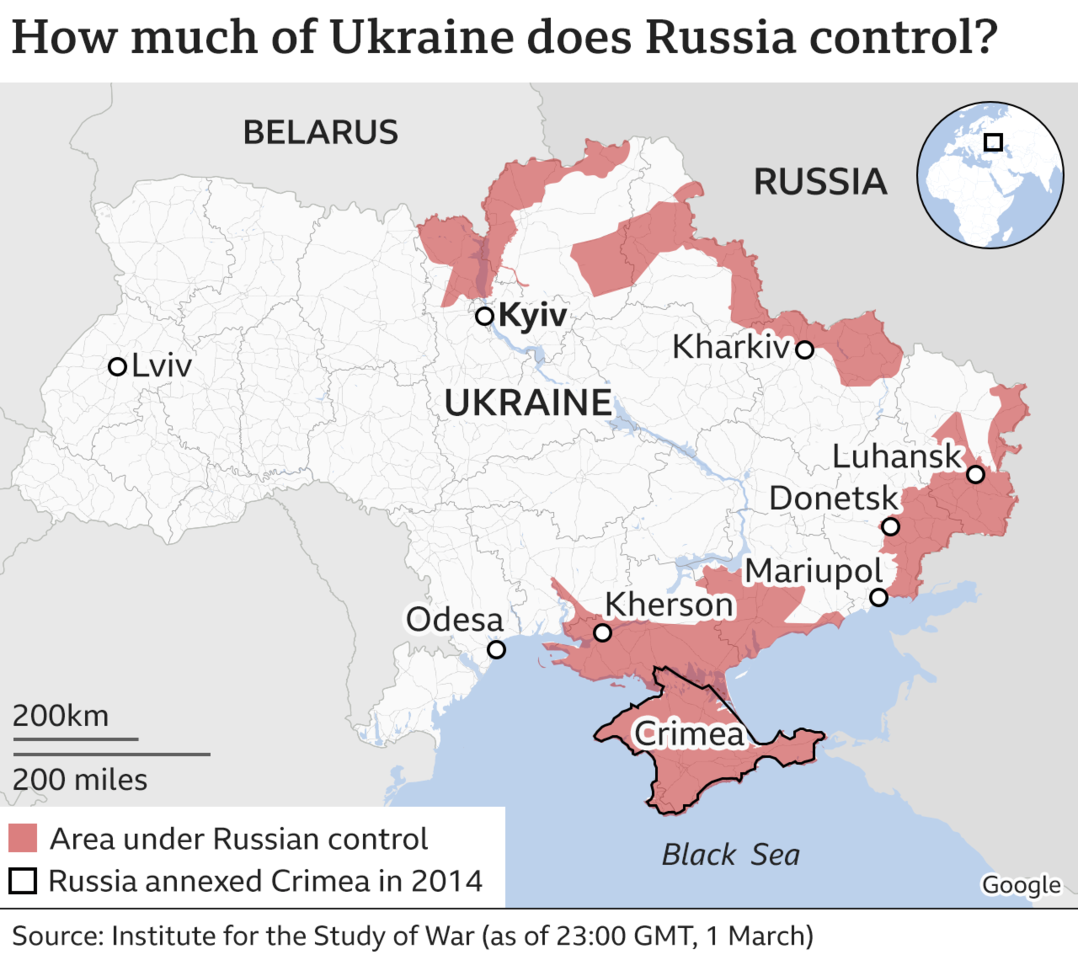 At talks from an undisclosed location, the second this week, Russian and Ukrainian delegates agreed to possible temporary ceasefires.

But the truces would only be in places where humanitarian corridors were being set up and for the duration of civilian evacuations, Ukrainian presidential aide Mykhailo Podolyak said.

"To our great regret, we did not get the results we were counting on," he added.

The situation is particularly intense in the southern port city of Mariupol, which has been under relentless bombardment with almost no respite for several days.

Hundreds of people are feared dead in the city.

On Wednesday Russian tanks entered the port town of Kherson, a provincial capital home to about 250,000 people. It is the first major Ukrainian city to fall in more than a week of fighting. The US said the situation on the ground was changing rapidly, with fighting ongoing.

Ukraine reports that more than 2,000 civilians have died since the invasion began last Thursday. The conflict has also caused more than a million people to flee Ukraine, according to the UN.

After his phone call with the French president, Mr Putin addressed members of his Security Council.

In televised remarks, he defended the attack on Ukraine, saying the campaign was on schedule.

He said he would never give up his conviction that Russians and Ukrainians were one people, claiming that some Ukrainians had been intimidated or "duped by Nazi propaganda".

Mr Putin alleged that Ukrainian forces were using civilians as human shields and holding foreigners hostage. He provided no evidence for this.

In a defiant video message on Thursday, Ukrainian President Volodymyr Zelensky demanded that Russia compensate Ukraine for the trauma of the invasion.

"You will reimburse us for everything you did against our state, against every Ukrainian, in full," he said.

He called on the West to send more military aid, including aircraft, and warned that if Ukraine lost the war, the Baltic states of Lithuania, Latvia and Estonia would be Mr Putin's next targets.