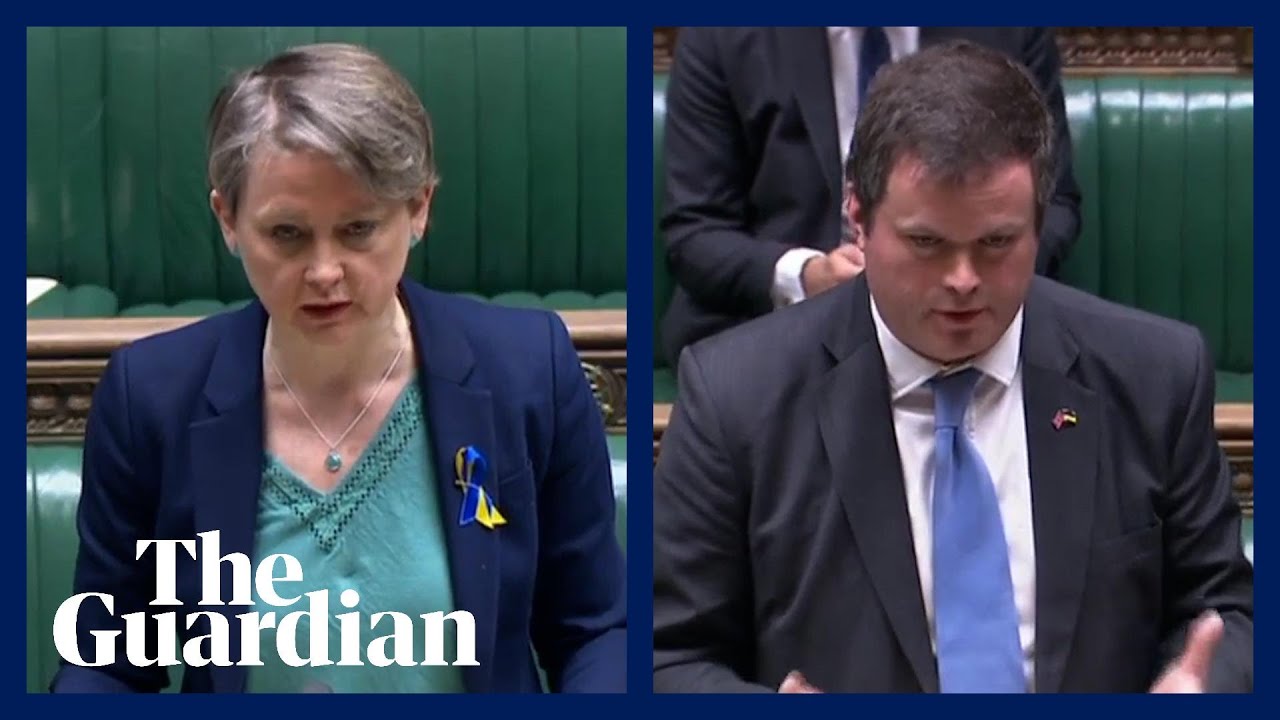 Cooper had tabled an urgent question over the government’s two visa schemes, with MPs from both sides of the house rounding on the government.

The shadow home secretary cited cases including those of a woman who had travelled “extensively” to fulfil the requirements, including to Warsaw to give biometric data; and a mother and son who had been granted a visa but then had it revoked.

“This is Kafkaesque: what on earth is going on? Why is the home secretary so totally incapable of getting a grip on this?” Cooper asked.

“Why on earth is it taking so long? Why are they still demanding reams of bureaucracy, reams of information? Tens of thousands of people are still stuck in the system. Families are desperate. People across the country have said they want to help, and yet the Home Office is letting them down.”

The Home office minister Kevin Foster, answering MPs’ questions, said that “the trajectory of visas being granted every day is increasing”. He said there had been 23,500 visas granted to Ukrainians with family connections in the UK; and 3,705 under the Homes for Ukraine scheme – but said it was “too early to say” how many of those had actually arrived in the UK.

In response to MPs’ questions, Foster conceded that the application forms were not available in Ukrainian. He said translating them would take “a reasonably significant amount of technical work”, and suggested it would then be difficult to find enough Ukrainian speakers to process them.

A string of Conservative MPs, including the former ministers Stephen Hammond and Robert Jenrick, expressed concern at the slow pace of visa processing for the Homes for Ukraine scheme.

Jenrick, the former housing secretary, said: “The vast majority of sponsors tomorrow will have waited two weeks and won’t have heard anything at all. We are testing the patience of people in this country who have put themselves forward as sponsors, and much more importantly, we’re letting down those vulnerable individuals and families in Ukraine.”

MPs raised the cases of families waiting many days to see their applications processed; and of parents unable to travel because they did not have birth certificates or biometric data for babies and young children.