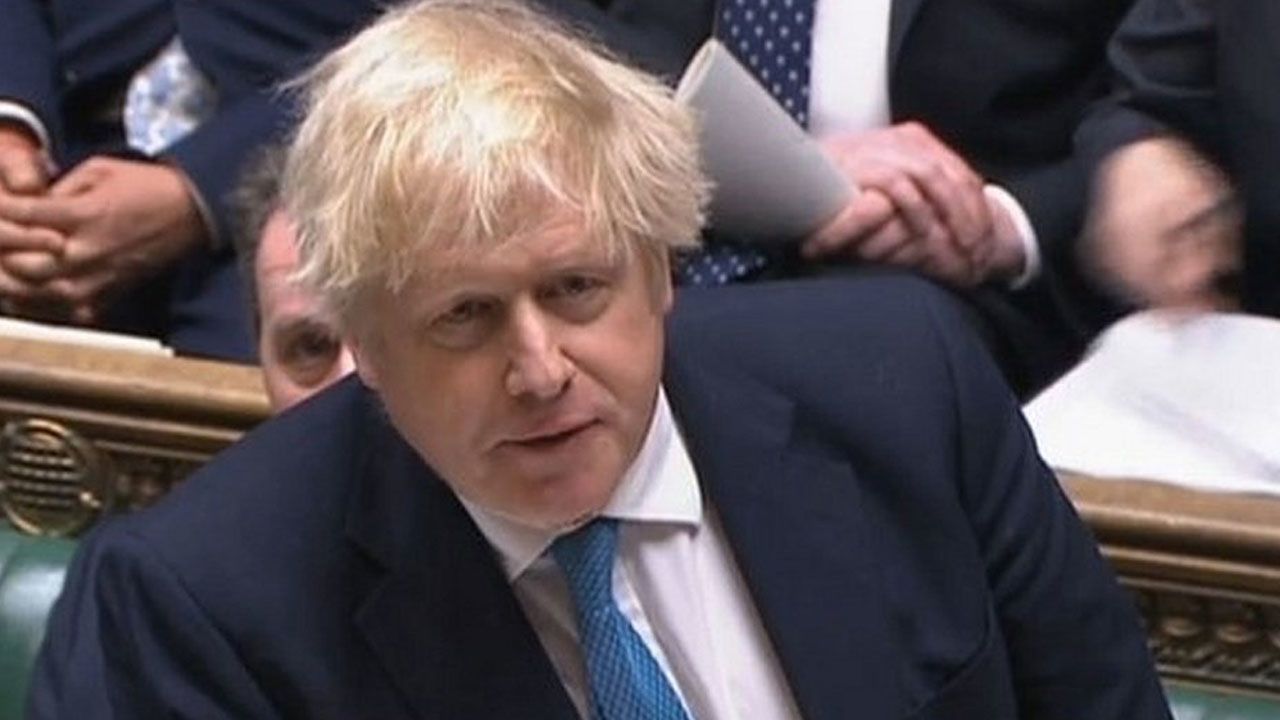 Boris Johnson has defended his sanctions against Russia, saying the UK is "out in front" globally when it comes to action against Vladimir Putin.

He promised a "further package of military support" for Ukraine, with the assets of five Russian banks and three Russian billionaires already frozen.

But Mr Johnson said no government could "conceivably be doing more".

Russian President Mr Putin ordered troops into the Donetsk and Luhansk regions of Ukraine on Monday, after recognising them as independent.

It is not clear if any new Russian troops have yet been sent into the two regions, which are run by Moscow-backed separatists.

Earlier, Defence Secretary Ben Wallace said Mr Putin had gone "full tonto" in escalating the Ukraine crisis, adding that he had "no friends, no alliances" internationally.

In comments made to serving military personnel, the former Scots Guards officer added that his regiment had "kicked the backside" of Russia's Tsar Nicolas I in the Crimean war in the mid-19th Century, arguing that "we can always do it again".

Amid a largely sombre atmosphere at Prime Minister's Questions, Sir Keir said: "We all want to deter aggression in Europe.

"We are not dealing with breakaway republics. Putin is not a peacekeeper. A sovereign nation has been invaded.

"The prime minister promised that in the event of an invasion he would unleash a full package of sanctions. If not now, then when?"

Mr Johnson replied: "I don't think people quite realise the UK is out in front. We have sanctioned 275 individuals already."

And he said an Economic Crime Bill would be brought forward in the next parliamentary session to "peel back the facade" of beneficial ownership by Russians and others of UK property and companies.

But Sir Keir said this should be brought forward to the current session, adding that Labour would support such a move.

Downing Street would not provide further details on the equipment being provided to Ukraine, for "operational security reasons".

The UK has also promised to impose sanctions on the members of Russia's parliament who voted in support of the breakaway states in eastern Ukraine.

The prime minister's spokesman said on Wednesday: "We can do this under existing legislation.

"We are finalising the evidence to bring forward new designations against the 351 members of the Russian State Assembly [or Duma] and the members of the Federation Council who voted in that way."

The EU has also said parliamentarians who backed Mr Putin over Ukraine will face sanctions.

In addition, Germany has said it will freeze approval of the Nord Stream 2 gas pipeline to Russia.

Earlier, Downing Street held a summit with finance chiefs and regulators to discuss how to make UK sanctions effective.

This included discussions of how Russia's access to UK financial services could be further limited "if that becomes necessary," a No 10 spokesperson added.

Sources have told the BBC that Foreign Secretary Liz Truss has written up a "long list" of Russian individuals and organisations, including more oligarchs and banks close to the Kremlin, to be sanctioned if the situation in Ukraine gets worse.

The Foreign Office is also likely to target Russian companies in the defence, energy, technology and chemical sectors.