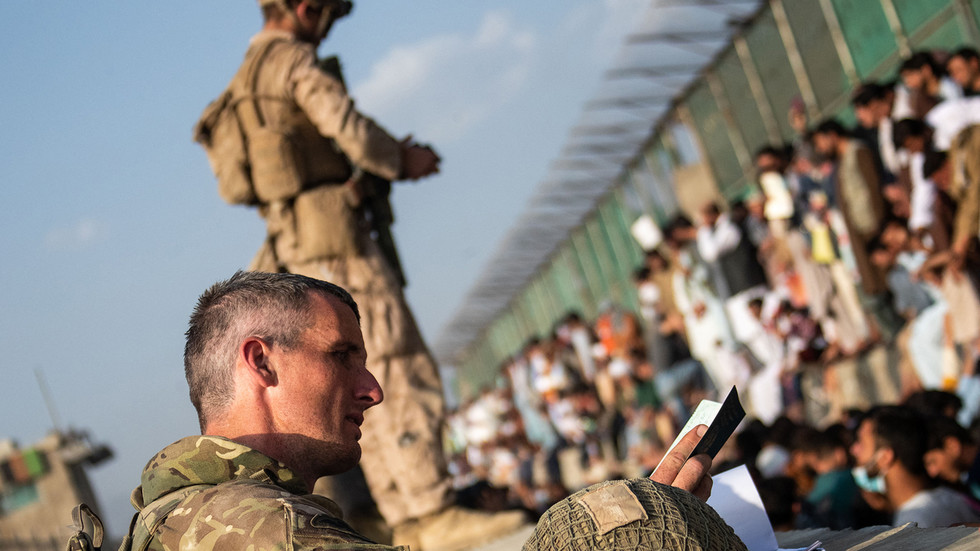 The UK’s defence secretary, Ben Wallace, has announced that the government’s evacuation from Afghanistan is down to a “matter of hours” after closing the Kabul processing centre ahead of America’s full withdrawal from the country.
Speaking to British media, Wallace announced that the military mission was entering its “final hours” following the closing of its processing centre at the Baron Hotel, Kabul, near the site of one of Thursday’s Islamic State Khorasan (IS-K) terrorist attacks. No more individuals will be called forward by the UK to be evacuated from the country, with the airport entrance at Abbey Gate having been closed at 4:30am local time (12:00am GMT).

“We will process the people that we’ve brought with us, the 1,000 people approximately in the airfield now, and we will seek a way to continue to find a few people in the crowds where we can, but overall the main processing is now closed and we have a matter of hours,” Wallace said.

Since the UK began its evacuation mission on August 13, the Ministry of Defence has managed to rescue 13,146 people, as part of what the British forces called ‘Operation Pitting’. That figure includes around 8,000 Afghans, who will be eligible for relocation under a scheme set up for vulnerable people and those who worked for the UK government, as well as roughly 4,000 British passport holders.

The UK’s military has already begun to wind down its presence on the ground in Afghanistan, with around 100 of the 1,000 British forces who had been deployed there reportedly having left the country. Wallace has warned that the UK armed forces are prepared for the terror threat in the region “to grow the closer we get to leaving.”

Britain’s decision to end its evacuation process comes after the UK government stated it could not continue to airlift individuals to safety if the US proceeds with its plan to fully withdraw from the country by August 31. It also follows two explosions that rocked the area around Kabul airport on Thursday, leaving, at least, 100 individuals dead, including 13 US military personnel.
#Afghanistan
Add Comment