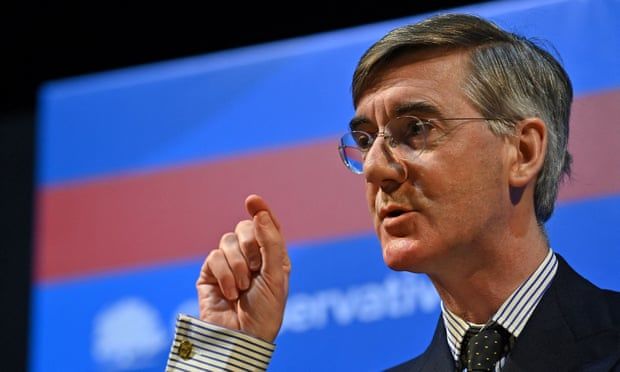 UK will ‘reform’ Northern Ireland protocol if EU will not, says Rees-Mogg

The Brexit opportunities minister said he could not reveal any more due to the sensitivities of the Stormont election in Northern Ireland, where tensions have flared over the protocol.

He told MPs on the EU scrutiny committee that the protocol was written in such a way that it could be “superseded”.

“That is really important to understand because a lot of commentary that says: ‘Well, we signed it and therefore surely we should accept it lock, stock and barrel.’ That’s absolute nonsense.

“We signed it on the basis that it would be reformed. And there comes a point at which you say: ‘Well, you haven’t reformed it and therefore we are reforming it ourselves.’ And the United Kingdom is much more important than any agreement that we have with any foreign power,” he told MPs.

Asked what moves he had in mind in relation to reforms, he said: “I think I oughtn’t say any more with elections going on,” but added that “the wheels are in motion”.

“We can do what we want, ultimately,” the Brexit opportunities minister told MPs in relation to clause 38 (b) in the EU Withdrawal Act 2020 which underlines parliamentary powers in domestic law.

His comments come amid rife speculation in Northern Ireland industry circles that the government is planning an “internal market bill 2.0” a reference to the controversial 2020 attempt to unilaterally tear up some of the protocol.

That move was abandoned after government claims it would only breach the international Brexit treaty in a “specific and limited” way were denounced by opposition parties and some leading Conservative figures.

Rees Mogg was being questioned about reforms to EU retained law and the so called Brexit reforms bill.

He revealed that not all the 1,500 EU laws the government wanted to remove or change would be in the bill as a “trade off” to getting it ready in time for the Queen’s speech.

But he said some changes would be definitely included, such as streamlining of procurement rules which, pre-Brexit, required public bodies to tender across the EU, and to data protection laws.

He also hinted that the UK would not be following a new EU move to put speed limiters on cars as some reports have suggested.

“It is not a policy that has received collective agreement,” he said.

Rees Mogg’s comments on Northern Ireland comes as the EU and UK continue to negotiate a revised version of the protocol with a deal already agreed and approved to remove barriers blocking the sale of British medicines in NI which observes EU trade rules under the protocol.

Sources close to the talks say progress is not expected until after the assembly election with hopes a deal could be done on one of the main sticking points – customs paperwork.
Add Comment