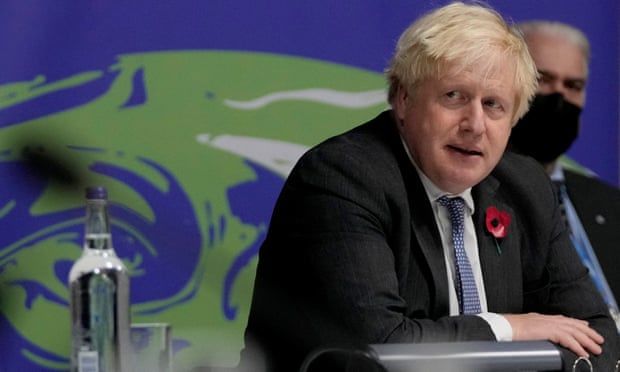 Laurence Tubiana, the French diplomat who crafted the 2015 Paris agreement, now chief executive of the European Climate Foundation, said: “We are not happy, and we are crossing our fingers [that the UK will reaffirm its net zero commitment]. It’s very important that the UK keeps this direction of travel.”

She and other international observers are increasingly worried that the rows over net zero within the UK government, which have seen the Net Zero Scrutiny Group linking the cost-of-living crisis to the carbon reduction agenda, will undermine the progress made last year at the Cop26 UN climate talks.

The UK will continue to lead the talks until Egypt takes over at the next summit, Cop27, this November. British leadership will be essential to the success of Cop27, as countries must use the next eight months to revise their national emissions-cutting plans, known as nationally determined contributions (NDCs), as they agreed to do at Glasgow.

But British diplomats will be hamstrung if rows at home over net zero overshadow their efforts, and if support from key cabinet ministers – including the foreign secretary, Liz Truss, who has barely mentioned Cop26 although it was the biggest diplomatic event on British soil since the second world war – continues to be lukewarm or nonexistent.

Fatih Birol, the executive director of the International Energy Agency, praised the UK for the “really marvellous” achievements of Glasgow, and said it was “irresponsible” for some to claim that net zero was behind raising energy prices. “I hope the UK will continue with the leadership that we have seen at Glasgow, and go further to make sure that governments fulfil their pledges they have made before and during Glasgow. The UK is capable and responsible for making sure these are implemented.”

Birol added: “The current high energy prices are nothing to do with net zero. This is not a clean energy crisis, or a renewable energy crisis. These claims are irresponsible and are being used to attack public support for the net zero transition.”

Jennifer Morgan, the outgoing chief of Greenpeace International, told the Guardian shortly before her recent appointment as the German government’s climate envoy that any indication the attacks on net zero were persuading ministers to backpedal would be severely damaging. “It would clearly reduce the UK’s standing in the world, and as a partner for tackling the world’s biggest issue,” she said. “It would be a complete failure of leadership, and the world would judge [the UK government] harshly.”

The British public was also being harmed, added Rachel Kyte, a former World Bank climate official, now dean of the Fletcher School at Tufts University and a climate adviser to the UN secretary-general. “There is something deeply disturbing about would-be political leaders jockeying for position by seizing on high energy prices, wilfully misdiagnosing the causes as shifting to renewable energy, and then suggesting as a remedy a harmful about-face by abandoning net zero goals. It is perverse and disingenuous, selling the British public out, and the opposite of the long view demanded of leaders today in combating climate change,” she said.

Paul Bledsoe, a former Clinton White House climate adviser, now with the Progressive Policy Institute, said that although political attention was focused on Biden’s stimulus, the UK government’s moves on net zero were also viewed with concern. “Boris Johnson’s dedication to net zero is seen in Washington as a linchpin for greater ambition by nations around the world, including at Cop27, so his recent troubles and backbencher bellyaches on climate are worrisome,” he warned. “Johnson should never allow the Tory right fringe to undermine his climate legacy.”
#Boris Johnson  #Johnson
Add Comment