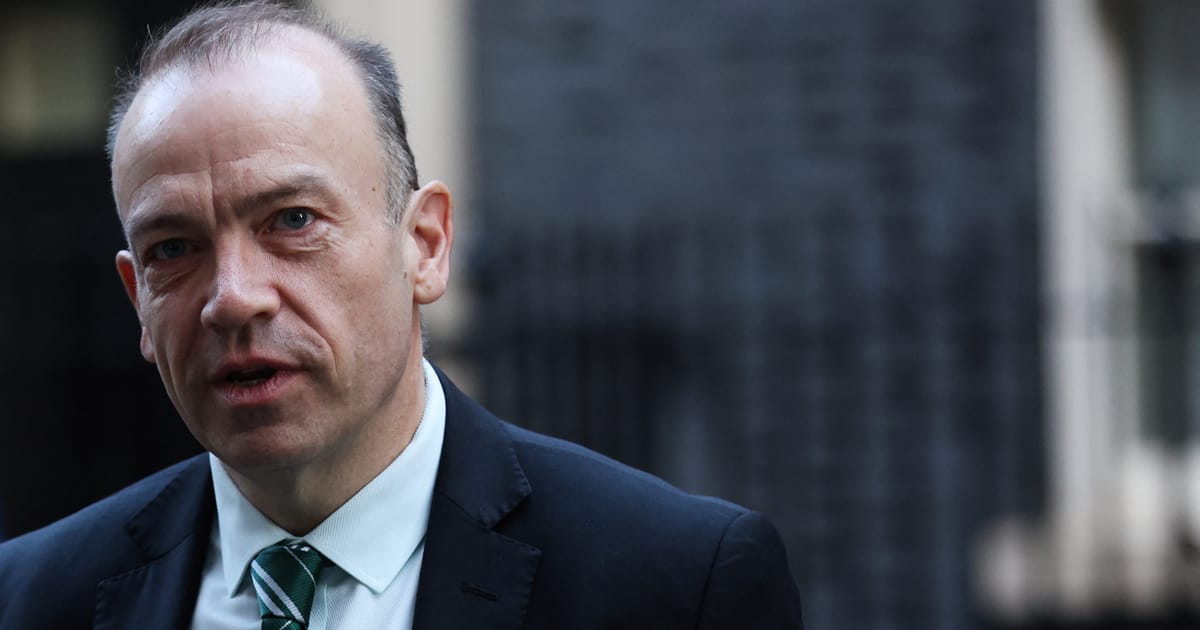 Northern Ireland secretary says the DUP’s obstruction of Belfast power-sharing leaves London with ‘no other option.’
In what could be his final act in office, Northern Ireland Secretary Chris Heaton-Harris announced he’s commissioning state-funded abortion services across the U.K. region – a step timed to show the Democratic Unionists what can happen when they sabotage local government.

Heaton-Harris, who has repeatedly appealed to the Democratic Unionists to resume power-sharing at Stormont in advance of a Thursday deadline, said local leaders had been given ample time to authorize NHS-provided abortion services in line with Britain.

Noting that the U.K. parliament decriminalized abortion in Northern Ireland in 2019, Heaton-Harris said it was “not right that three years on, women and girls in Northern Ireland are still unable to access the full range of health care to which they are lawfully entitled.”

He said in a Commons statement that the devolved Stormont administration’s refusal to commission such services left the U.K. government “with no other option.”

Abortion rights activists welcomed the move in a land where many hospitals still advise women at least 10 weeks pregnant to travel to England for terminations, as hundreds do each year. Those below that threshold can attain abortion-inducing pills locally.

The Democratic Unionists, who have a strong Protestant evangelical base opposed to abortion rights, said they would protest against any Westminster effort to introduce terminations on demand. They long have used their dominant position in Northern Ireland’s cross-community government to block any Stormont executive approval for spending to expand abortion services.

But that coalition government — a key achievement of Northern Ireland’s 1998 peace deal — has been unraveling since February, when the DUP withdrew from the top post in a protest against post-Brexit trade rules that require EU checks on British goods arriving in Northern Ireland.

The Democratic Unionists have refused to permit the senior power-sharing posts to be filled since a May election saw the DUP lose its top position at Stormont to the Irish republicans of Sinn Féin.

Their unrelenting obstruction means that, under existing U.K. law, the 10 remaining members of Stormont’s caretaker executive, including the health minister, will lose their positions on Thursday night and leave local government in the hands of civil servants.

Heaton-Harris’ abortion announcement — advancing a May announcement by predecessor Brandon Lewis — was issued minutes before confirmation that Rishi Sunak had won the Conservative Party leadership unopposed.

Heaton-Harris, an arch-Brexiteer appointed only last month by Liz Truss to the diplomatically sensitive post, was a prominent supporter of Boris Johnson. He hastily reversed that position Monday once the ex-prime minister opted not to challenge Sunak’s candidacy.

Behind the scenes, political expectations in Belfast are growing that Northern Ireland could get its fourth secretary of state this year in an imminent Sunak reshuffle. Most local parties, excluding the DUP, are hoping for the return of Sunak backer Julian Smith, who as Northern Ireland secretary in 2020 won plaudits for overseeing negotiations that revived power-sharing following a three-year breakdown.