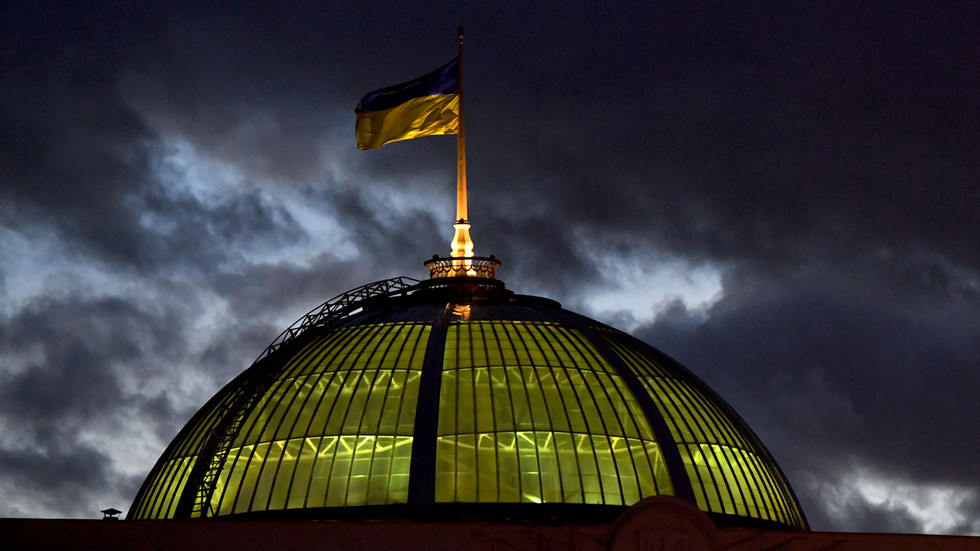 Numerous former Ukrainian politicians have been cooperating with Russian intelligence services, according to London
An embargoed UK Foreign Office release to media outlets, which has been seen by RT, claims that Britain has exposed a plan by Moscow to install a pro-Russian leader in Kiev as tensions continue to mount over an alleged threat of “invasion” by Moscow.

“We have information that indicates the Russian government is looking to install a pro-Russian leader in [Kiev] as it considers whether to invade and occupy Ukraine,” reads the correspondence, which was sent to media representatives on the Foreign Office’s mailing list on Saturday. No evidence was included to back up the assertions.

Obviously timed to top the Sunday newspaper agenda, recipients were ordered not to carry the details until after 10.30pm London time the night before.

It even named the man who the Kremlin supposedly considers to be “a potential candidate” to replace Ukraine’s current Western-backed president, Volodymyr Zelensky. According to the Foreign Office, 45-year-old former Ukrainian MP Evgeniy Murayev is the chosen alternative.

A native of Kharkov, Murayev was a member of the Ukrainian parliament, the Verkhovna Rada, between 2012 and 2019. However, his Opposition Bloc party failed to pass the 5% threshold in the latest parliamentary election, having only managed to win six single-seat constituencies.

The Foreign Office insists that Russian intelligence agencies have maintained links with “numerous” former Ukrainian politicians, including some top officials from the government of ex-president Viktor Yanukovich, who was deposed as a result of the violent Western-backed Maidan street protests in 2014.

Nikolai Azarov, who served as prime minister between 2010 and 2014, two former deputy PMs, and ex-deputy head of the Ukrainian National Security and Defense Council (RNBO) were also mentioned in the email.

“Some of these have contact with Russian intelligence officers currently involved in the planning for an attack on Ukraine,” it claimed.

However, the Foreign Office didn’t reveal the source of its data or expand on what exactly it believes Moscow has been doing to achieve regime change in Ukraine.

The letter also cited Foreign Secretary Liz Truss, who claimed that “information being released today shines a light on the extent of Russian activity designed to subvert Ukraine, and is an insight into Kremlin thinking.”

Truss warned that any Russian incursion into its neighbor would be “a massive strategic mistake with severe costs” for the Kremlin. She also reiterated that Britain backs the sovereignty and territorial integrity of Ukraine, and reminded the recipients that it was “an independent, sovereign country.”

Russia has repeatedly denied accusations that it’s planning an invasion of Ukraine, which have been made by the US and its allies since November last year, describing the claims as groundless attempts to instill “hysteria.”

According to Moscow, it’s the West that has been stirring tensions in Ukraine by supplying weapons to Kiev – which is embroiled in a "frozen" conflict with self-proclaimed republics in the southeastern Donbass region – and intensifying the NATO buildup in Eastern Europe. The Ukrainian government asserts that the Donbass militias are under Moscow's direct control, a charge the Kremlin rejects.
Add Comment