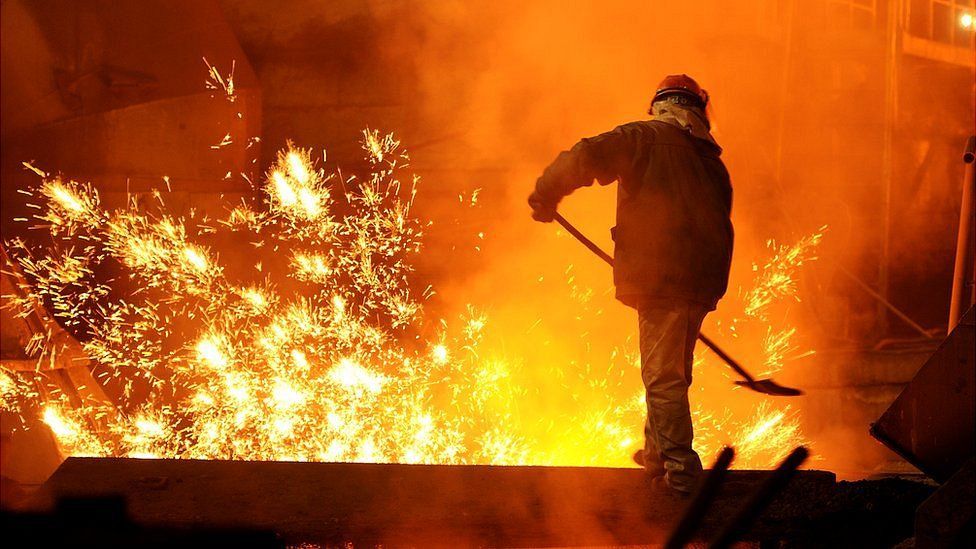 UK steel makers 'left behind' as US ends trade war

The UK has been "left behind" according to steel makers after the US agreed to end a trade war over items that also included whiskey and Harley-Davidsons.

President Biden has signed a deal to end tariffs on steel imports from the EU, which were imposed by his predecessor Donald Trump.

But the agreement does not cover exports from the UK, putting British steelmakers at a disadvantage.

The tariffs, which came into force in 2018, nearly halved British steel exports to the US, Gareth Stace, director general of UK Steel, said.

The US is the second-largest market for British-made steel. But the new deal will put UK producers at a competitive disadvantage compared to European rivals who will be able to ship their products to the US without paying import taxes.

In return, the EU removed retaliatory tariffs that it had put on whiskey, power boats and Harley-Davidson motorcycles.

"Whilst it is promising to see the US take steps to open up access to its steel markets again, there is significant concern that UK producers have been left behind in this process and continue to wait for their own deal," Mr Stace said.

"The substantial competitive advantage that this deal provides EU steel producers over UK ones will undoubtedly result in our export orders to the US market being lost to EU exporters."

But International Trade Secretary Anne-Marie Trevelyan has said the UK and US are in talks to remove "damaging tariffs" from British steel exports.

Ms Trevelyan tweeted: "We welcome the Biden administration's willingness to work with us to address trade issues relating to steel and aluminium.

"It is encouraging the US is taking steps to de-escalate this issue." 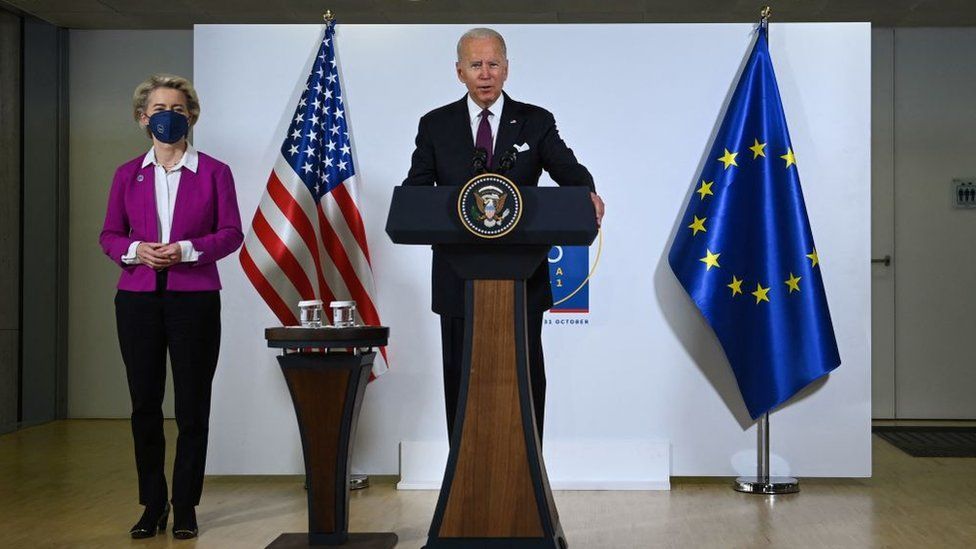 The US and EU hope the pact will limit the amount of so-called "dirty" steel from countries such as China, where steel production accounts for as much as 20% of all CO2 emissions. The country currently produces more than half of the world's steel.

"Together, the United States and European Union will work to restrict access to their markets for dirty steel and limit access to countries that dump steel in our markets, contributing to worldwide over-supply," the White House said.

"The arrangement is, of course, open to all like-minded partners. Steel manufacturing is one of the highest carbon emission sources globally," Ursula von der Leyen, head of the European Commission said.

In a statement, a Department for International Trade spokesperson said: "The UK is committed to addressing both global steel overcapacity and decarbonisation, and we remain focused on agreeing a resolution that sees damaging tariffs removed to the benefit of businesses on both sides of the Atlantic."

"We welcome the Biden Administration's willingness to work with us to address trade issues relating to steel and aluminium, and it is encouraging that the US is taking steps to de-escalate this issue."