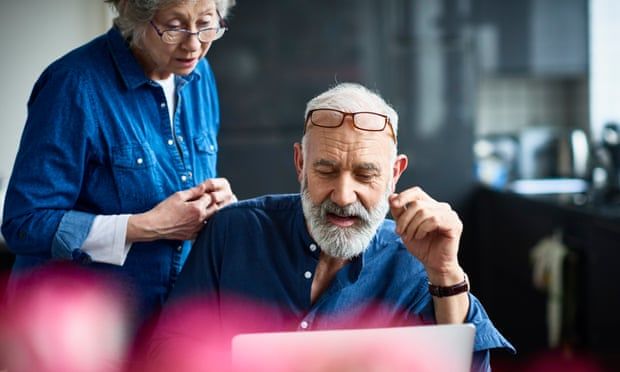 Department for Work and Pensions criticised for 'shambles’ that saw pensioners short-changed by more than £1bn
The UK’s state pension payment system is not fit for purpose, resulting in the “shameful shambles” of an underpayment scandal that left tens of thousands of pensioners short-changed, according to a scathing report from a committee of MPs.

The public accounts committee (PAC) also lambasted the Department for Work and Pensions for its “complacency”, and accused it of not having been “sufficiently transparent” to parliament about the problems.

In September last year it emerged that the DWP was estimating it had underpaid 134,000 pensioners, mostly women, a total of more than £1bn of state pension cash that they were entitled to.

At the time, the National Audit Office said this long-term underpayment of state pensioners – some problems date as far back as 1985 – was the result of repeated errors that were almost inevitable amid complex rules and outdated IT systems.

It emerged that those affected that the DWP could trace would be paid an average of £8,900 each.

The state pension is paid to around 12.4 million people, and these errors affect pensioners who first claimed it before April 2016 and who do not have a full national insurance record or should have inherited additional entitlement from their deceased partner.

Of the 134,000 people hit by these problems, it is thought that 94,000 are alive – about 0.9% of those currently claiming the pre-2016 basic state pension. Where those affected have died, the department owes the pensioners’ estates.

The PAC decided to investigate the issue, and said the underpayments uncovered ranged between one pence and £128,000.

Dame Meg Hillier, the Labour chair of the committee, said that for decades the DWP had relied on a state pension payment system that was “clunky” and required staff to check many databases, “and now some pensioners and the taxpayer are paying in spades”.

She added: “This is a shameful shambles. The PAC expects the DWP to set out the step changes it will make to ensure it is among their last.”

The report stated that the pension payment system “is not fit for purpose”, and set out a series of recommendations.

The committee said the department was now on its ninth go at fixing the mistakes since 2018, and that this “comes at great cost to the taxpayer” – the bill for staff costs alone is expected to top £24m by the end of 2023.

The MPs also said the DWP had “left people in the dark over their entitlement”, adding: “The department also admits that many other pensioners are under-claiming their state pension … these pensioners need clearer information to act or risk missing out on significant sums.”

Responding to the report, a DWP spokesperson said resolving the historical state pension underpayments that had been made by successive governments was a priority, and it was committed to doing so as quickly as possible.

“We have set up a dedicated team and devoted significant resources to processing outstanding cases, and have introduced new quality control processes and improved training to help ensure this does not happen again. Those affected will be contacted by us to ensure they receive all that they are owed.”

The spokesperson added that the DWP would respond formally in due course.
Add Comment