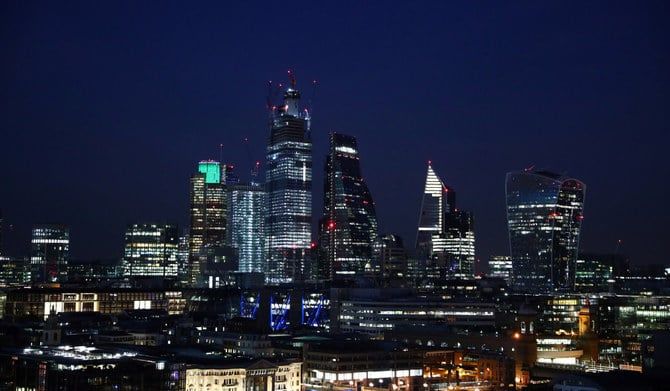 Britain’s government has started legal action to recover money from a firm at the center of a row over the supply of personal protective equipment during the COVID-19 pandemic.
The Department of Health and Social Care (DHSC) filed a lawsuit against PPE MedPro at London’s High Court on Monday, according to court records.
“We can confirm that we have commenced legal proceedings in the High Court against PPE Medpro Limited for breach of contract regarding gowns delivered under a contract dated 26 June 2020,” the Department of Health said in a statement.

PPE MedPro said it would “refute all their claims which are portrayed in a one sided predictably biased way” and the legal action would “make uncomfortable reading” for the government.

The company has been at the center of a row for weeks with Britain’s main opposition Labour Party winning a vote earlier this month to force the government to release documents related to 200 million pounds ($243 million) of personal protective equipment contracts given to the firm.

Opposition politicians have accused the government of running a “chumocracy,” awarding deals to those with family or business links to people in power, including for what turned out to be unusable PPE in some cases.

According to local media, Michelle Mone, who sits as a Conservative in parliament’s upper chamber, the House of Lords, had recommended MedPro to ministers at the beginning of the pandemic.

The government has repeatedly defended its actions to award contracts quickly at the start of the COVID-19 pandemic in 2020, saying there was a global race for PPE and Britain had to be competitive to make sure its needs were met.

But since then, there has been criticism over the way the contracts were awarded.

A report by the Public Accounts Committee earlier this year said the government had spent more than 12 billion pounds on protective equipment in 2020–21, 4 billion of which did not meet the standards needed by the National Health Service and so was not used.
#COVID-19  #Covid
Add Comment